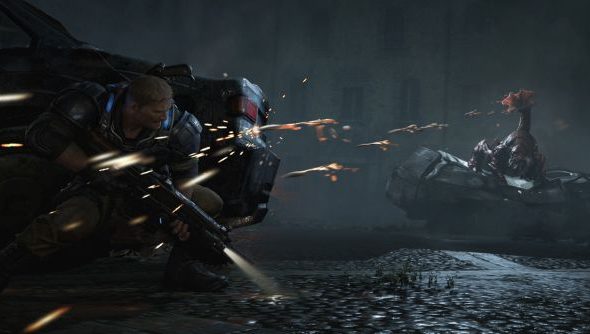 Microsoft’s ambitions for the Xbox One seem to involve making it more and more like a PC. In a new interview on The Guardian, head of Xbox Phil Spencer talks about how the console and Windows 10 are now using the same underlying system for building programs. The plan is to link the two systems better than ever before, avoid a Games For Windows-tier debacle and start developing hardware upgrades to the Xbox One.

The Universal Windows Platform lets applications run on PCs, the Xbox One, smartphones and tablets – anything that Microsoft can slap an OS on, they’re designed to work on. Obviously there’s going to be a gap between those first two and the latters, but it’s their “focus”, says Spencer, to build a “complete gaming ecosystem.”

For PC users what this means is more games, and a lot more cross-platform support. We’ve already seen games like Rise of the Tomb Raider maker the jump quicker than they have to rival consoles, and Gears of War: Ultimate Edition arrives today after its Xbox One roots. Quantum Break is day-and-dating it too, while rumours continue to fly for Gears of War 4 and Scalebound. Spencer also confirmed that cross-platform play and cross-buy opportunities were in development for use by publishers if they wished it.

For Xbox owners, Spencer says that it means more games are in development than ever before. It also means the console can evolve its hardware in iterations going forward. Have a real of the full article for more on the console side of things.