The Big Bang is the beginning of all of creation; space, time, McDonalds – the whole shebang. Earth is little more than a single stitch in an epic tapestry of hundreds of billions of galaxies. Many stories have played out within the cosmos, a million-billion existences all starting because of this one event – and in Genesis Noir, it’s your destiny to stop it from ever happening.

Genesis Noir by Feral Cat Den is about stopping The Big Bang, but this immense event is not only the birth of creation, it’s a blast from a gunshot frozen in time, the bullet from which is on course to hit your lover. To stop this catastrophe from happening you must explore the vast expanse of the universe and jump into pockets of time to change the course of history.

Feral Cat Den’s mystery takes the noir genre out of the shadows of the city and into the outer reaches of the cosmos. You’ll be falling through wormholes, wandering through space and time, and messing with the laws of the universe. There’s mystery and intrigue, fedoras and femme fatales, and all the gin joints in all the cosmos. The characters in this cosmological stage appear human, but from the story’s scope, they are more abstract than that – they could be Gods, interdimensional beings, or something beyond comprehension. 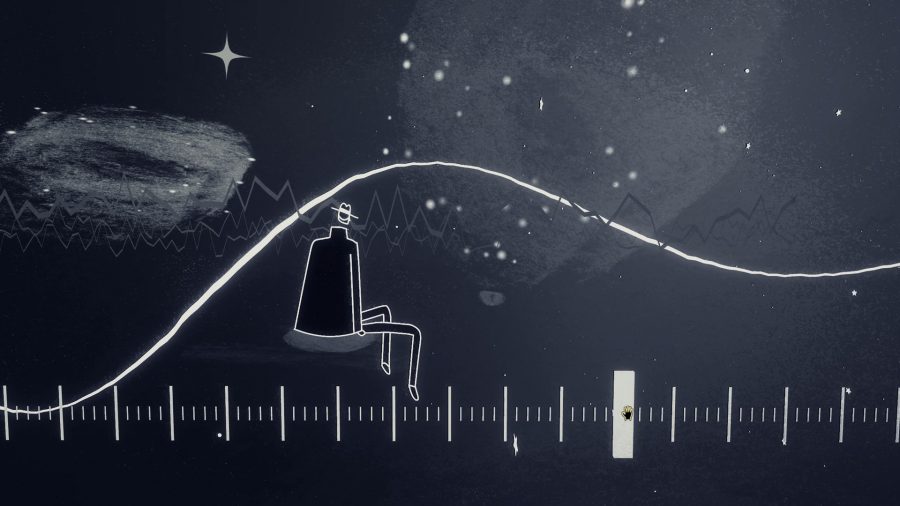 At the beginning of the project in 2015, developers Evan Anthony and Jeremy Abel’s first prototype for Genesis Noir was built on Unity but came across a number of animation issues. Importing characters into the engine would cause their legs to separate from their bodies, and the team lost around a week of their time just trying to bring in characters correctly.

“This was around the same time when Epic announced that Unreal Engine 4 would be available for a reasonable profit license, and you’d get full source code access to the engine” explains Abel, Feral Cat Den’s technical lead. “This is huge, because now if the character imports oddly, we can attempt to figure out why, and then fix the problem at the engine level. So we tried Unreal, and to our delight, our character imported just fine.”

Thanks to Unreal’s engine code accessibility, the team has been able to accurately create Genesis Noir’s striking visual design. The game’s cosmic tale is told through a blend of visual storytelling and interactions with artistic vignettes, and the team has made Genesis Noir’s gameplay and cutscenes fall seamlessly together.

This smooth transition, and many of Genesis Noir’s other animations, could be created because Abel was also able to modify Unreal Engine’s render pipeline – which is more difficult than the team first imagined. “The Unreal Engine render pipeline is nearly 150 thousand lines of code spread across over 200 files. I’m not a render engineer, and before we started, I certainly didn’t have a full grasp on how modern game rendering was done. Turns out there’s a whole lot of steps in the process!” 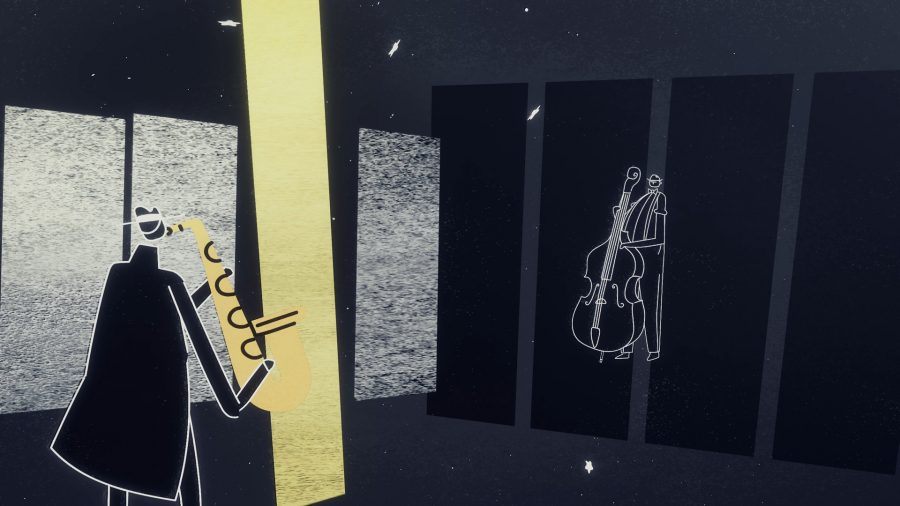 Abel had to figure out what needed to change and where in the system to change them, and this proved to be the biggest challenge for the team.

If Genesis Noir has piqued your curiosity to further explore the cosmos then check out our list of the best space games on PC. Set course for the reaches of the galaxy with the rocket science of Kerbal Space Program and gawp at the sheer vastness of the universe in Eve Online.

“Luckily things have sensible names and comments in the code, but I still feel like I have only maybe a 30% complete understanding of the entire system, which is a bit scary. As a programmer, you really want to know the entire system you’re dealing with, but when you’re a small team working with a big game engine, you kind of have to surrender to the fact that you can’t understand everything.”

Genesis Noir is a thematically epic game; it muses about time, wonders about space, and basks in the grandeur of the universe. But this poetry isn’t only reserved for its story – Feral Cat Den has reflected it in its programming too, all thanks to a process called generative art.

“Generative art is any kind of art that is created via an autonomous process,” Abel explains. “In this way, the author might not have complete control over the outcome. An important aspect is the ability for the author to control and quickly tune the various parameters that create the outcome. Allowing someone else to tweak these parameters is also a big part of generative art, and there’s a great feeling of discovery when you create something unexpected.” 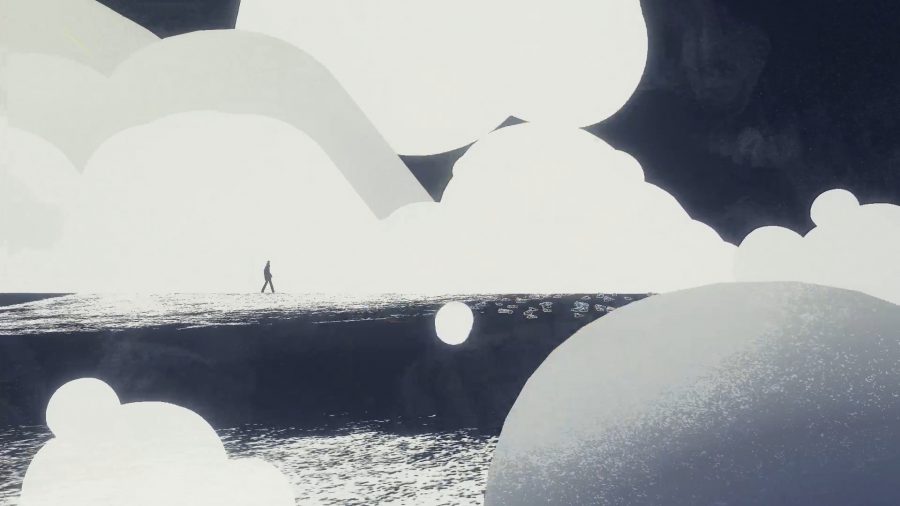 Generative art is rarely seen in videogames and Abel points to another artist, Loren Schmidt, who experiments with generative systems in their digital art. It’s abstract and fluid, and what comes next is never certain. Feral Cat Den’s creative lead, Evan Anthony, expands on generative art’s relation to the systems we see in games.

Games have a definite objective, while generative art systems don’t have an end state

“In a very broad sense, games themselves are a kind of generative art where the player’s interaction is an input to a dynamic system. The key distinction between games and generative art is that games have a definite objective, while generative art systems don’t have an end state.”

Game design is often about creating systems in which the player is given a planned goal, but generative art is more abstract, creating an individual experience based on the player’s input and improvisation – like a weird, virtual dance between the player and a machine. The decision to use generative art comes from the team’s experimental point of view, but also because different player engagement fits in perfectly with the game’s noir theme. 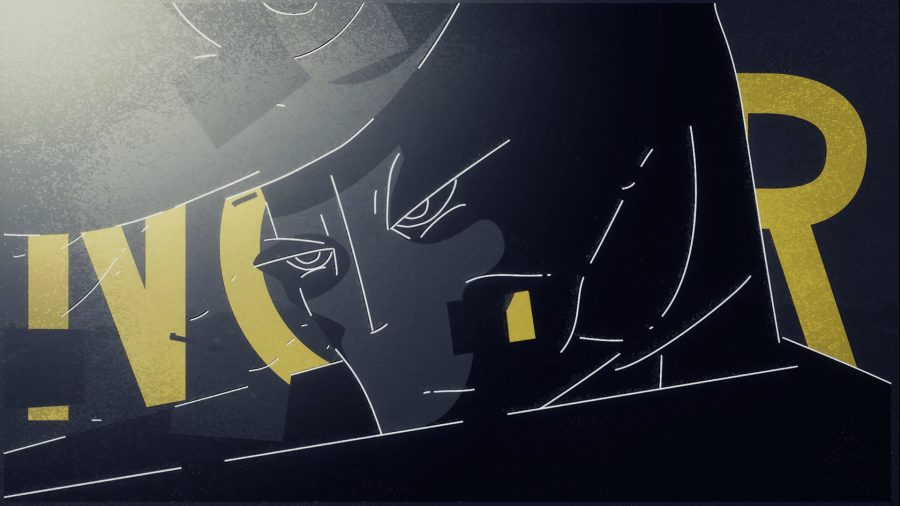 “Generative art systems often result in chaotic and unexpected compositions,” Anthony says. “You might have an idea of what you want to create, but more often than not you’ll end up with something wildly different. Similarly, film noir often explores characters attempting to seek justice in institutions or circumstances that are beyond their control. Their actions, even if well-intentioned, can have disastrously unpredictable results.”

Read more: Check out our list of the best indie games for PC

With a big topic comes a big workload, and Anthony explains that both of the developers’ backgrounds are in commercial art, so the scale of Genesis Noir has been an epic artistic journey for both of them. “Since we began Genesis Noir, we’ve learned Unreal, storytelling, business, user experience, crowdfunding, physics, team building, and more. It’s a tremendously large undertaking and more than a little frightening to attempt.

“I’m proud that we’re taking the risk and creating a piece of art-entertainment that hopefully will delight our audience in ways that small commercial projects can not.”

Genesis Noir is due for release on PC later this year. Unreal Engine 4 development is now free.

In this sponsored series, we’re looking at how game developers are taking advantage of Unreal Engine 4 to create a new generation of PC games. With thanks to Epic Games and Feral Cat Den.