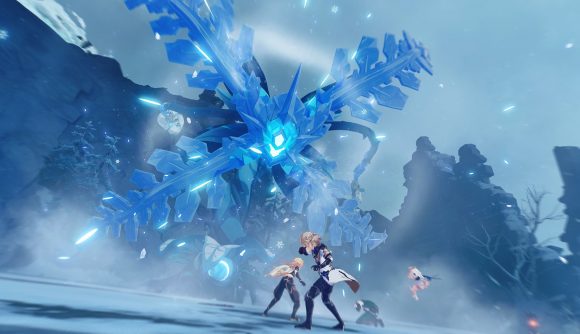 The festive season is hurtling towards us, which means everyone is readying their winter-themed updates for their live service games. It’s no different for Mihoyo, who has pulled back the curtain on Genshin Impact‘s 1.2 update – called The Chalk Prince and the Dragon – ahead of a livestream later today.

One of the standout additions is the anime game’s first new map, Dragonspine. It’s a frozen mountain range south of Mondstadt that plays host to new creatures, four-star weapon recipes, and rare artefacts. You’ll have to be careful about exploring, though, as your Sheer Cold bar will deplete if you’re out for too long. You can fill your meter back up by finding a source of warmth, like a torch or a firepit.

Dragonspine is also the setting for The Chalk prince and the Dragon season event. It features a story alongside two new five-star characters called Albedo and Ganyu. The former is a young alchemist who wields a sword and the power of the geo. The latter is a half-human, half-adeptus Cyro archer who is an emissary and secretary for the Liyue Qixing. Ganyu is also getting a side quest that delves deeper into their story.

If you’re keen to jump in, you won’t have to wait long as the Genshin Impact 1.2 update release date is December 23. That’s just over two weeks away. 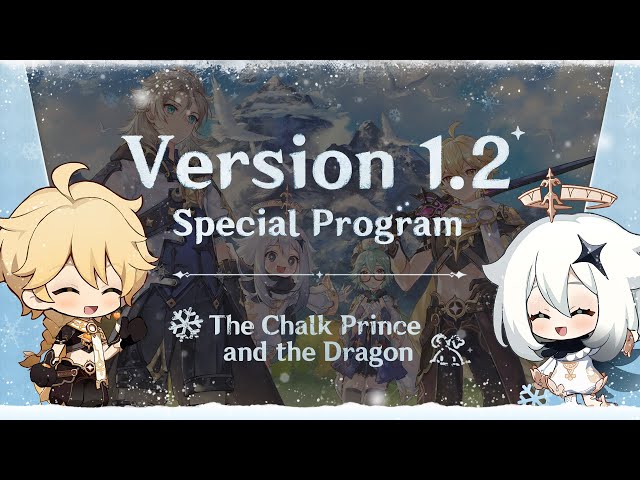 If you want to see what upcoming PC games are also on the way, you know where to click.