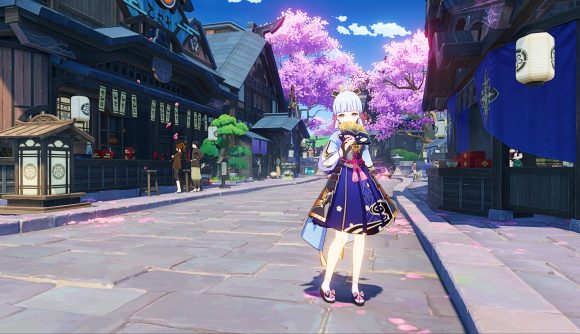 Genshin Impact’s next update is launching soon, and it’s shaping up to be a big one. We’re getting our usual offering of new Genshin Impact character banners to wish upon alongside a new region to explore. We know a wee bit about Ayaka, Yoimiya, and Sayu as they’re characters that have been teased, and we saw plenty of Inazuma in a recent livestream.

Mihoyo is kicking off maintenance on the anime game at 6am UTC+8 on July 21, which translates to 3pm PST / 6pm EST / 11pm BST on July 20. The developer reckons updating the game should take around five hours, but that could change on the day. You never know what challenges will be thrown up, after all. You’re getting compensated with 300 Primogems for the disruption, which works out to 60 Primogems for every hour the servers are down. Even if Mihoyo finishes work early, you’ll still get the lump sum.

Once Mihoyo is done updating Genshin Impact, the Heron’s Court wish event kicks off. It’s your chance to get five-star character Kamisato Ayaka and four-star characters Chongyum and Yanfei. You’re also getting a test run event, so you can weigh up for yourself if you think Ayaka is worth wishing for. Both events are hanging around until August 10, so you’ve got time to mull it over.

If you want to learn about Ayaka, you can also start the Grus Nivis Chapter story quest once update 2.0 goes live, which is all about the frostflake heron. Make sure you’re higher than adventure rank 30, and have completed archon quest Chapter 2: Act 1 – The Immovable God and the Eternal Euthymia beforehand, though, or you won’t get very far.