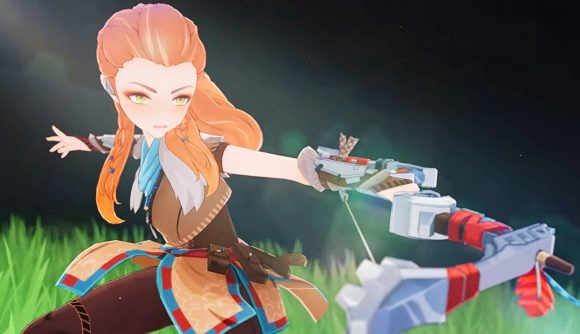 As you might be aware by now, Horizon Zero Dawn’s leading archer Aloy is coming down to Genshin Impact town. Guerrilla Games and Mihoyo have partnered up to bring the lead character to the anime game in update 2.1 for PlayStation users and update 2.2 for everyone else. Now, though, we’ve got a bit of a better idea of how she’ll play.

Alongside revealing an upcoming online concert, Mihoyo gave fans a look at Aloy’s gameplay during Gamescom Opening Night Live (below). The teaser starts with Aloy by a campfire before she dispatches some Hilichurls rapidly with her bow. We then catch a glimpse of her holding a frost gadget, which she hurls at a bigger foe, freezing them in place. Once her prey is trapped, she fires another arrow to deal huge damage.

Mihoyo has previously revealed that Aloy will be a five-star bow user with Cryo powers. She’s completely free to anyone over Adventure Rank 20, so get grinding if you’re not quite there yet. 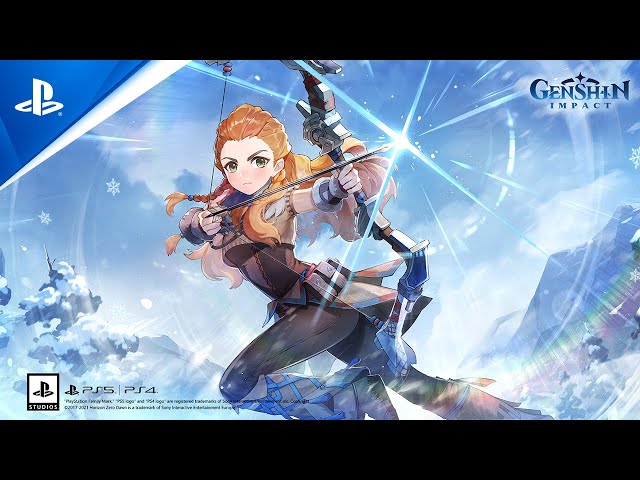 If you’re looking for something to keep you busy before the Genshin Impact Aloy release date, we have all the details on Genshin Impact’s 2.1 update. You might have to wait a bit longer than your pals on PlayStation, but there’s plenty to crack on with.