Want to know everything you can unlock in Bennett’s hangout event? Genshin Impact 1.4 has introduced a brand new minigame to get to know some of the characters better. This particular hangout gives you an opportunity to learn about Bennett by asking him questions, accompanying him on a walk, and even helping him out on some important quests.

It’s possible to ruin a hangout by saying the wrong thing, abruptly ending the conversation. You can avoid this happening by checking out all of the different endings below, including a method to unlock two secret achievements. Be sure to read our Genshin Impact Hangout events guide to see exactly what you need in order to start one of these events.

So far, the only characters that have hangout events are four-stars: Barbara, Noelle, Chongyun, and Bennett. There is a theory going around the Genshin Impact community that these hangouts will be for any characters without story quests, so essentially anyone that isn’t a five-star character. Here’s everything you need to know about the Bennett hangout event in Genshin Impact. 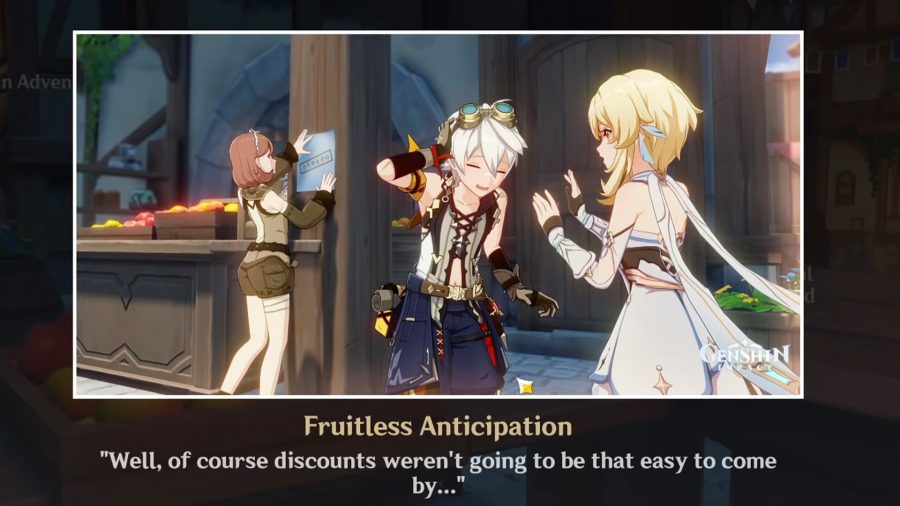 You can say anything to Bennett in the first few dialogue options without upsetting him, though the conversation can go a number of different ways when he mentions going adventuring. Select the “We could just do something else” option when Bennett is struggling to decide what to do. For the next question, avoid the “As long as you don’t cause too much trouble” option as this will lose you a heart. Finally, pick “How about we hang out around town?” to proceed.

Again, the next few options don’t matter as they all end up with the same result. At some point in the conversation while waiting for Blanche to return, the option to say “I have to say, I ran out of patience long ago…” will appear. Don’t select this as you will lose a heart. When you get the option, tell Bennett to cheer up to complete the ‘Fruitless Anticipation’ ending. 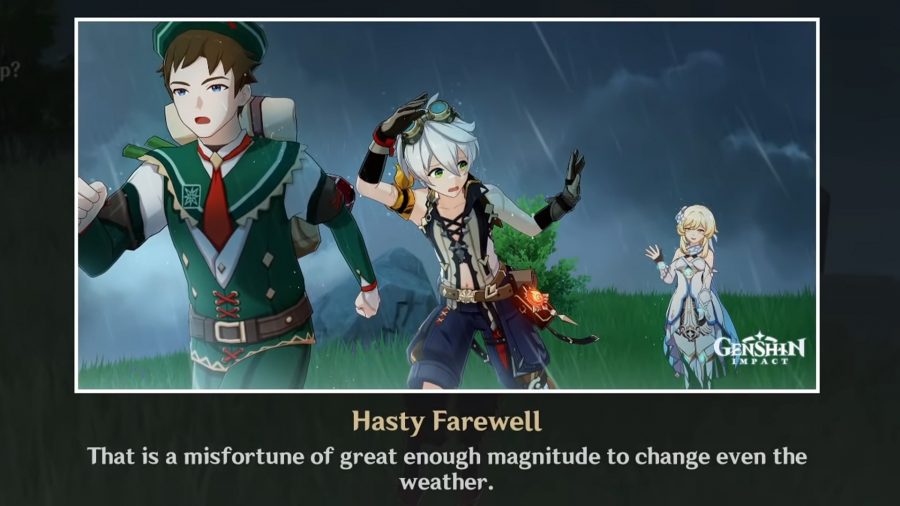 Adventurous Acquaintance > The Adventurer in the Dandelion Sea > Reap Without Sowing…? > Ad Astra

When Bennett asks where do you want to go, this time select “How about a walk in the wild?” which will take you to Dandelion Meadow. When you reach Bennett in this area, tell him “It’s not quite what I expected…” to which he will apologise for the lack of dandelions. Reassure him that his plan wasn’t a waste of time instead of berating him for not knowing the dandelions had been picked. Instead, Bennett wants to show you five nearby chests which contain measly loot.

Once you’ve looted all five chests, talk to Bennett and say to him “No wonder there were no monsters guarding them…”. Bennett is unaware of his bad luck, so avoid bringing it up if you want to keep all five hearts. Unlocking this ending also unlocks the ‘Archaic Lord of Lightning and Blitz’ achievement. 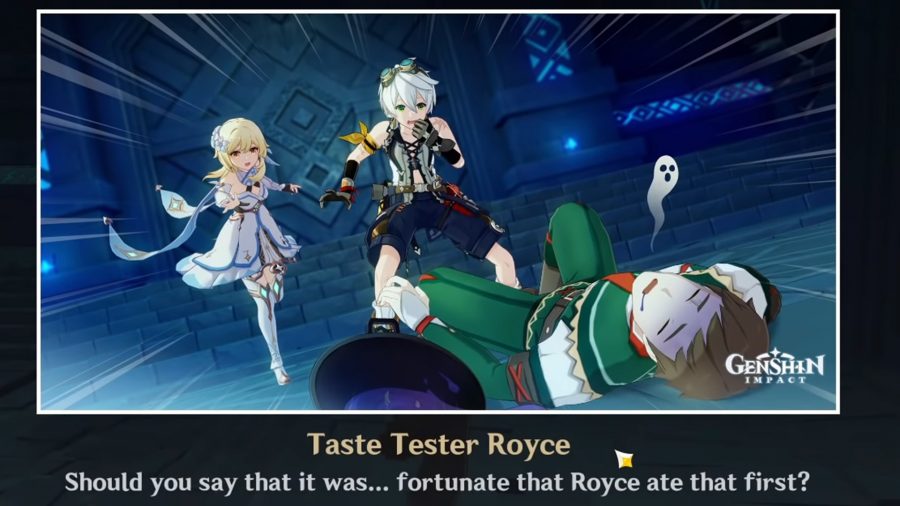 When Bennett asks what would you like to do, this time respond with “Sure! Let’s go on an adventure!”. Bennett will then ask if you want to prepare some food first before heading off – make sure you tell him yes. Make any dish and head to the Temple of the Wolf. Your next few options won’t matter until after you’ve spoken to Royce.

To get the Taste Tester Royce ending, select “You cooked it, you can do whatever you want with it” when Bennett asks for your opinion. Royce will eat the food, falling to the ground upon tasting it. 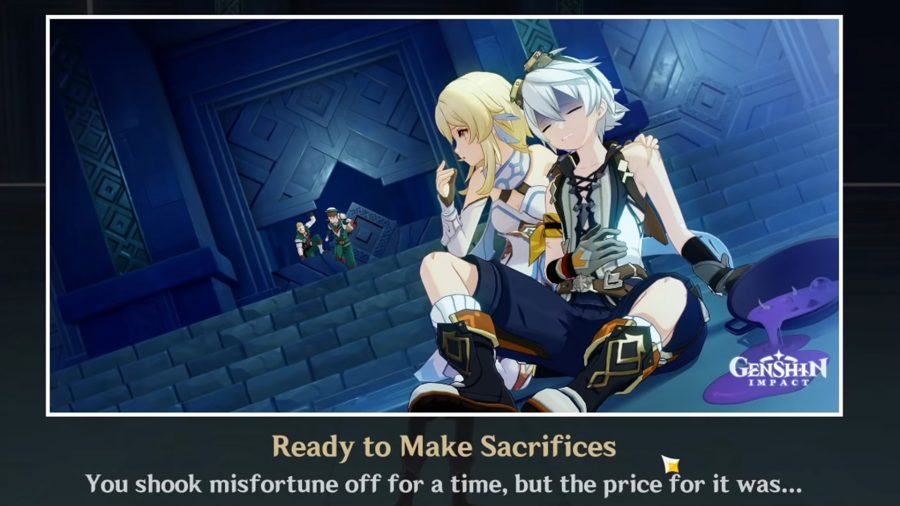 When asked what to do with the food, tell Bennett “No way. You don’t owe him anything”. Every option after this doesn’t matter, though you will have to navigate your way through several traps shortly after this. There’s nothing you can do about avoiding these traps, they will activate regardless of what you choose to do. 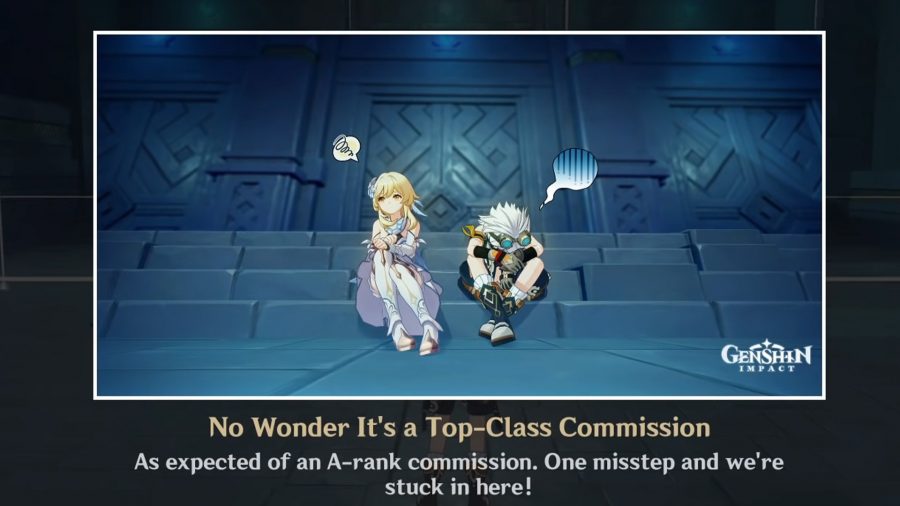 No Wonder It’s a Top-Class Commission

Bennett will ask you whether you want to make food before going out on an adventure. Tell him “No, I usually leave straight away” to avoid any meal preparation. None of your choices matter from this point onwards except when Bennett asks about triggering a nearby mechanism. Pick “Go ahead! We won’t get anywhere just staring at them,” and select either the left or right mechanism. 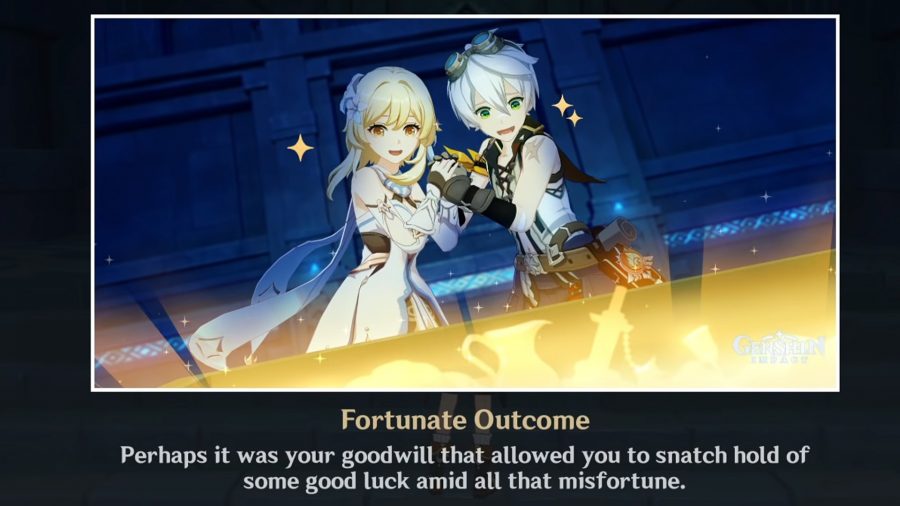 This path starts in the same way; asking to go on an adventure and telling Bennett “I usually leave straight away” when he asks if you want to make food first. This time, when Bennett asks you about the mechanism, select “Hmm, how can I let you face the danger alone?”. Open the doors ahead and avoid the “They’re all traitors” option as this will cause you to lose a heart.

If you can navigate the next puzzle without failing, you can earn a secret achievement. This puzzle can be restarted at any point, so don’t feel too bad if you make a mistake. Once you’ve completed the puzzle, you will unlock the ‘Power of Luck’ achievement.

And that’s everything you need to know about Bennett’s hangout event in Genshin Impact. Four-star characters tend to be weaker than their five-star counterparts, though there are a few outliers in our Genshin Impact tier list – give that a read to see where your favourite characters have ranked. Speaking of four-star characters, check out our Rosaria build guide to see what artifacts and weapons best suit this Cryo-based Polearm user.