Looking for a Chongyun hangout event walkthrough? Genshin Impact Hangout events arrived with the game’s 1.4 update. They’re multiple-choice, branching quests with several possible endings. Which one you will get depends on the dialogue options you choose.

There are four hangout events currently available, each unlocked with two story keys. Playing through all possible paths for each character grants you additional rewards and achievements. However, not every dialogue option leads to one of Chongyun’s six ‘endings’ – during the hangout event, there’s a heartbeat meter in the top right, and if you misstep while talking to him, he’ll lose hearts and potentially end the hangout early.

Even if you slip up and he ditches you, you can still restart the hangout event from the beginning, or drop into any of the story checkpoints you’ve previously unlocked. No need for trial and error here, though – we’re here to guide you through every possible ending for Chongyun’s hangout event, including secret achievements. 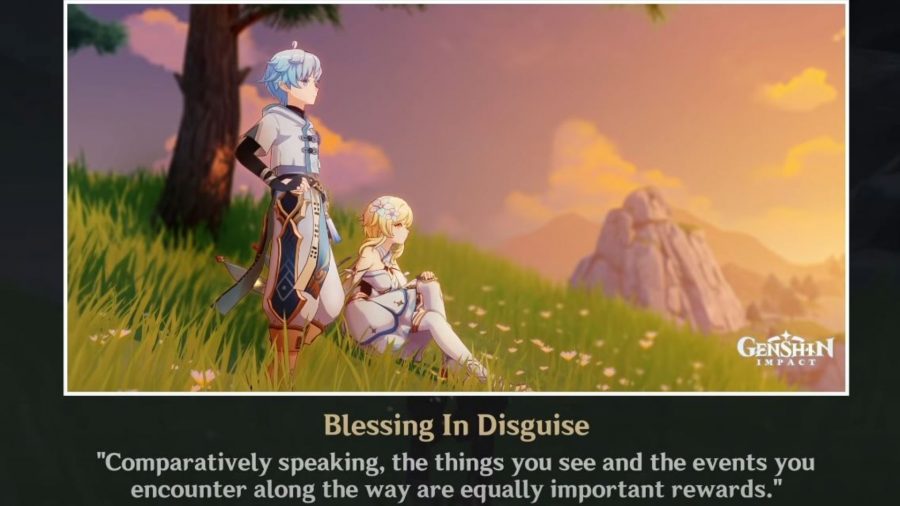 Chongyun asks if he’s deciphering the clues correctly – tell him they sound farfetched. After you speak to a child, Chongyun asks what to do about the popsicles; tell him to give the child one of the popsicles. You’ll then head to Wanwen Bookhouse, and Chongyun will ask you a series of questions about evil spirits. Answering incorrectly will decrease Chongyun’s heartbeat meter by two; answering all the questions correctly will unlock a secret achievement – ‘Behold, Mine Evil-Espying Eye!’

The correct answers are:

After exploring the forest together, you find some dark forces. It doesn’t matter what you say to him after this – you’ll unlock the ending ‘Blessing In Disguise’. 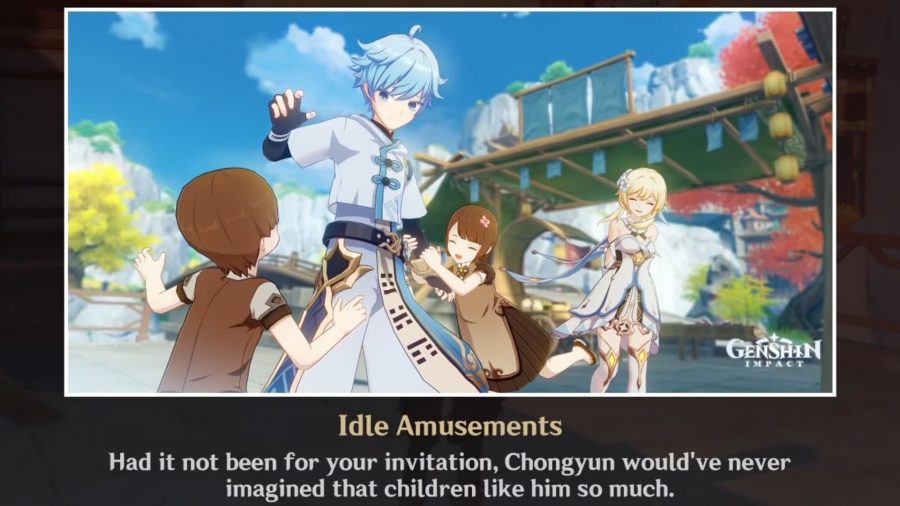 Once again, you begin by telling Chongyun his ideas seem farfetched, but this time, you also tell him to give the child both popsicles. Now you’re popsicle-less, and you must acquire more – time to head to Wanmin Restaurant. When Chongyun asks if you’re a good cook, tell him “Making popsicles seems easy enough”. Then he asks you to suggest ingredients; choose either of the options on the right – ‘Mist Flower and Qingxin’ or ‘Sunsettia and Valberries’. This determines the next step – ‘A Cooling Mix’ or ‘A Sweet Mix’ – but both of them lead to you playing hide and seek with some children, and then cooking them a meal. 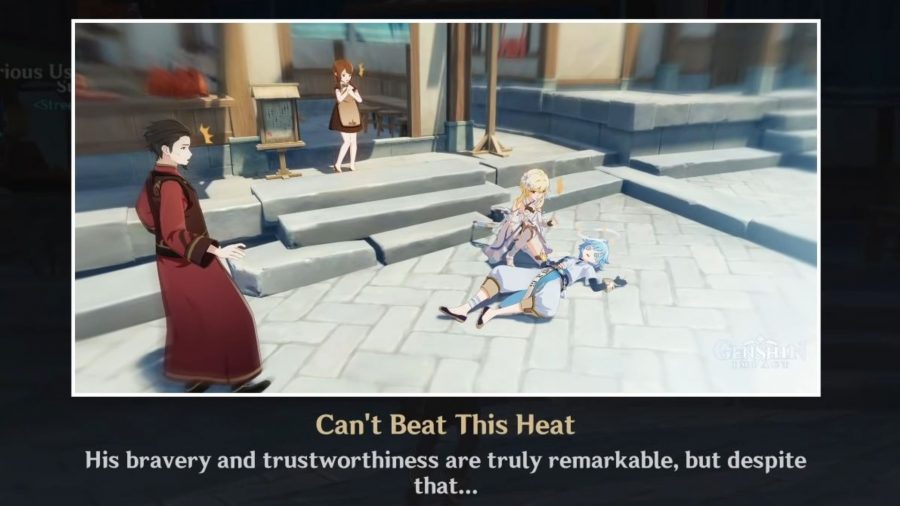 Meeting by the Wharf > A Curious Gaze > Popsicle Emergency

This route begins the same as the one above – tell Chongyun his ideas seem farfetched, and to give the child both popsicles. This time, when suggesting ingredients for the popsicles, choose the option on the left – ‘Jueyun Chili and Slime Condensate’. Sounds delicious. Unfortunately, your concoction proves too much for Chongyun, and he passes out, leading to the ending ‘Can’t Beat This Heat’, and unlocking an achievement. 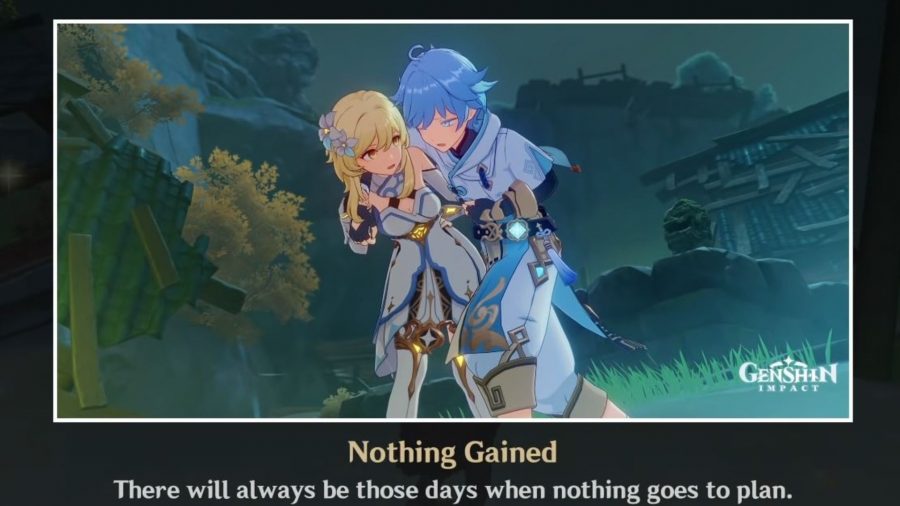 This time, when Chongyun asks what you think about the clues, don’t tell him they seem farfetched. Chongyun will then recruit you onto his mission to track down the evil spirits – even if you say you’re not interested, he’ll bring you along. After heading to Wuwang Hill, you must decide whether to share a potion with Chongyun or drink it yourself. Choose “Let’s both drink it”. You then go on the search for spirits, but afterwards, Chongyun tells you he feels unwell.

Tell him, “Sure, just have a rest. I’ll continue investigating on my own”. When you return to him later, you reveal there was no real danger, and that the ghost was pretend – and arrive at the ‘Nothing Gained’ ending. 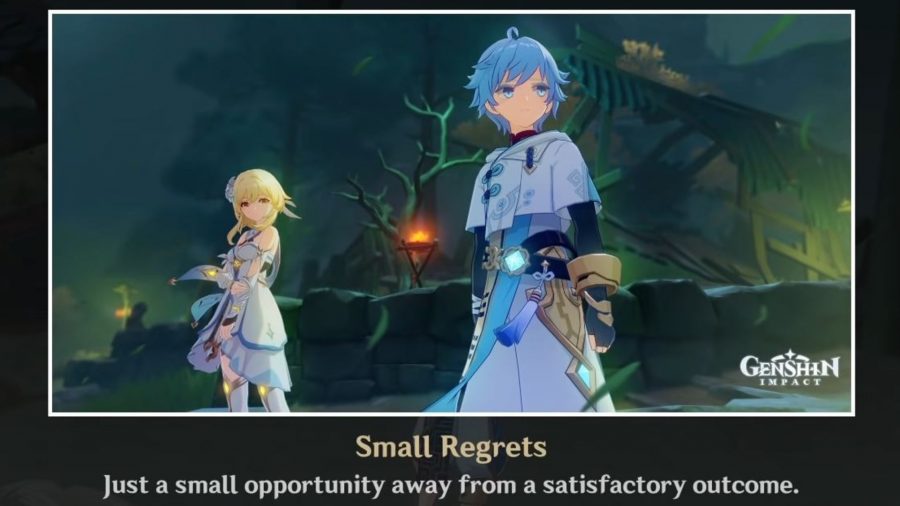 This path also requires you to go on the mission with Chongyun by telling him his clues aren’t farfetched. After you and Chongyun both drink the potion together, tell him “Let me help you find a place to rest”. Then you choose between going out to find Cryo Slime Condensate or Cryo Whopperflower Nectar for him – it doesn’t matter which you choose. You beat the corresponding enemy and return to Chongyun.

Alternatively, you can choose to drink the potion on your own. Then after investigating the spirits, you return to Chongyun. Either way, after you speak to him and disclose that there was no real threat, say that you want to head back, instead of investigating the strange mist, to unlock the ‘Small Regrets’ ending. 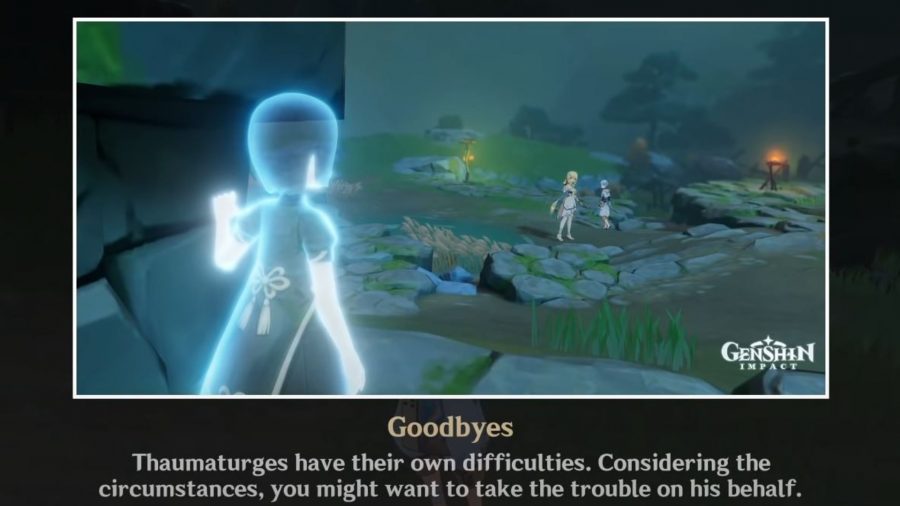 Nothing Going Bump After All > As Yet Unresigned

This ending can be obtained in exactly the same manner as the previous ending, Small Regrets, but instead of telling Chongyun you want to head back, tell him you’d like to investigate the strange mist. You find the ghostly Qianquian, and tell Chongyun about her, after which he decides to leave her alone.