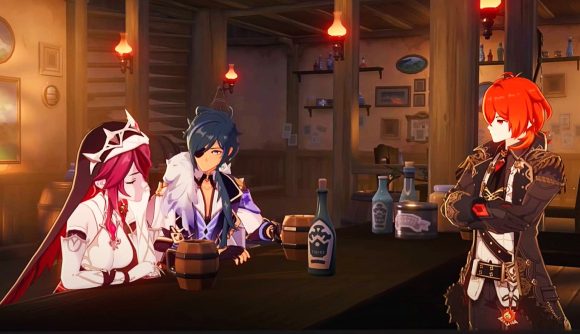 A culinarian is cooking up recreations of Genshin Impact’s recipes on TikTok, and they all look suitably excellent. Look, anyone who has watched anime – Studio Ghibli films, specifically – rarely makes it through without food mood striking.

IssaGrill’s uploads vary in their structure. Some feature several shots of her creating the dish, with some clips of the inspiration thrown in to give you something to compare it to. Others offer a rundown of how she makes them specifically, with ingredients thrown in for good measure. Most of the clips wrap up with the final dish, as what else would you want to end on?

You may recognise some recipes from Genshin Impact, like the Stormcrest Pie or even Bennett’s charred egg. That’s not all IssaGrill’s content offers, though, as she cooks up dishes from other anime favourites such as ramen inspired by Naruto and the meat lover’s meat feast from Dragon Ball Z. Happily, there are also recipes based Studio Ghibli’s Spirited Away.

While IssaGrill has created oodles of clips over the years, she recently released a mashup of some of her Genshin Impact-style recipes. Check it out:

Plenty is going on in Genshin Impact right now. While the current update is coming to a close, Mihoyo hosts a Genshin Impact 2.3 livestream later this week. The Dreams of Bloom event kicks off tomorrow, but that’s more about flowers than grub. Who knows, maybe the upcoming stream will have something for the foodies.