We don’t know what element or weapon type Heizou wields, but we do know he’s part of the Tenryou Commission, the same clan as Kujou Sara. Inazuma features the Bantan Sango Detective Agency which offers daily quests to players – this agency has called Heizou a swindler in the past. There are also a number of bulletin boards around Inazuma which call into question Heizou’s detective skills.

There’s no telling whether Heizou is going to end up as a playable character in Genshin Impact, though it’s looking likely given the number of hints about him so far. As Heizou is mentioned in several voice lines from prominent characters and dataminer Dimbreath has reported finding some in-game avatar data for him, it seems like he’s going to be involved at some point in the future. Here’s everything we know about Heizou’s banner in Genshin Impact, including information about his backstory and when he might arrive.

We don’t know when exactly Heizou’s banner is coming, but there is speculation from UBatcha on Twitter that he will be part of the Genshin Impact 2.6 update. However, as UBatcha has flagged this information as ‘questionable’, it’s possible Heizou may not be ready in time for 2.6. The tweet also hints that Heizou will likely be a four-star character. His star rating would make sense as, if we go by his rank at the Tenryou Commission, his rank is lower than Sara’s, and she’s only a four-star character. 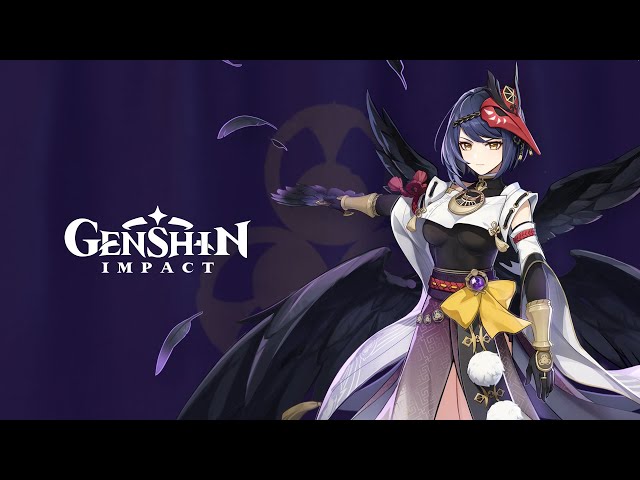 Kokomi notes that Heizou has no interest in military, government, or commercial affairs. It’s clear Heizou isn’t aware of the conflict between the two areas, or he simply doesn’t care. As for his detective skills, Kokomi states that Heizou is a “self-proclaimed detective”, implying he isn’t very good at his job. Sara, on the other hand, claims Heizou’s detective skills are the only thing keeping him in his Tenryou Commission role: “The only reason I have not sought to bring him into line so far is that his investigations deliver results… he’s such a headache.”

Players can find a bulletin board near the Inazuma Adventurer Guild featuring an angry message from Heizou’s sister. It looks like she’s sick of Heizou’s antics, calling him foolish and stating that he behaves arrogantly and disrespectfully. Another interesting point is that Heizou’s investigation tactics seem to involve violence, as his sister writes, “He’s gone off to investigate again… I can only hope that no one else gets hurt in the process.”Genshin Impact Heizou banner release date

That’s everything we know about Heizou’s banner in Genshin Impact so far. In the meantime, the  Genshin Impact 2.4 update is now live and players have the opportunity to unlock Shenhe and Yun Jun. check out our Genshin Impact tier list to see how your favourite characters stack up against each other. We also have a Genshin Impact events guide to find out which events are currently active.