Kazuha is one of the Genshin Impact new characters arriving in the 1.6 update. He’s an Anemo Sword user and hails from Inazuma, but ‘currently lives with the Crux Fleet of Liyue’. According to his character information, he’s a ‘gentle and carefree soul whose heart hides a great many burdens’.

From the information we already have, it looks like Kazuha could be useful as either a support or DPS character. Depending on how you build him and how many of his constellations you’re able to unlock, you can check out of Genshin Impact best Kazuha build to prepare ahead of time. Interestingly, he focuses on elemental damage, and scales with elemental mastery. He depends heavily on his weapons and artifacts to provide him with damage bonuses as he doesn’t get these from his ascension.

He receives a huge elemental damage bonus from his ultimate when it combines with another element, and deals additional elemental damage whenever he causes a swirl reaction, so we recommend pairing him with characters who can provide this, like Chongyun or Hu Tao.

Kazuha is the current Genshin Impact banner alongside Rosaria, Razor, and Bennett. 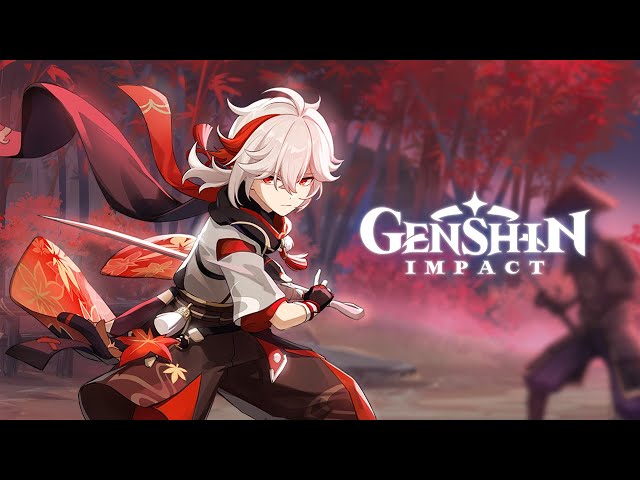 Press: Unleashes a secret technique as fierce as the rushing wind that pulls objects and opponents towards Kazuha’s current position before launching the opponents within the AoE, dealing Anemo damage and lifting Kazuha into the air on a rushing wind current. Within ten seconds of being in mid-air due to the effects of Chihayaburu, and if maintaining a mid-air state, Kazuha can unleash a particularly powerful Plunging Attack known as Midare Ranzan. Can be used in mid air.

Hold: Charges up before unleashing greater Anemo damage over a larger AoE than Press mode.

The ultimate Garyu technique – a single slash akin to a coming storm that deals AoE Anemo damage. The blade’s passage will leave behind a field named Autumn Whirlwind that deals AoE Anemo damage at set intervals to opponents within it.
Elemental Absorption – If Autumn Whirlwind comes into contact with an element, it will deal additional elemental damage of that type. Elemental Absorption may only occur once per use.