Looking for Kokomi’s ascension materials? This popular Genshin Impact character has been in the game for a while now, but she’s going to be getting a rerun banner in the second phase of the Genshin Impact 2.5 update, alongside Raiden Shogun.

If you still haven’t managed to pull her yet, this may be your next best opportunity to secure her aid for your line-up. While you wait for the Kokomi rerun banner to drop, now’s the time to start collecting all of the ascension materials you’ll need in order to unlock her full potential – including the talent materials for additional abilities.

Below is a complete guide to everything you’ll need to ascend Kokomi, similar to the Yae Miko materials guide we put together for that new Genshin Impact character’s recent release. It’s important to note that in order to ascend a character, you must meet the required Adventure Rank and character level first, so even if you manage to collect all of the below you may have some leveling to do first.

The following materials are required to ascend Kokomi: 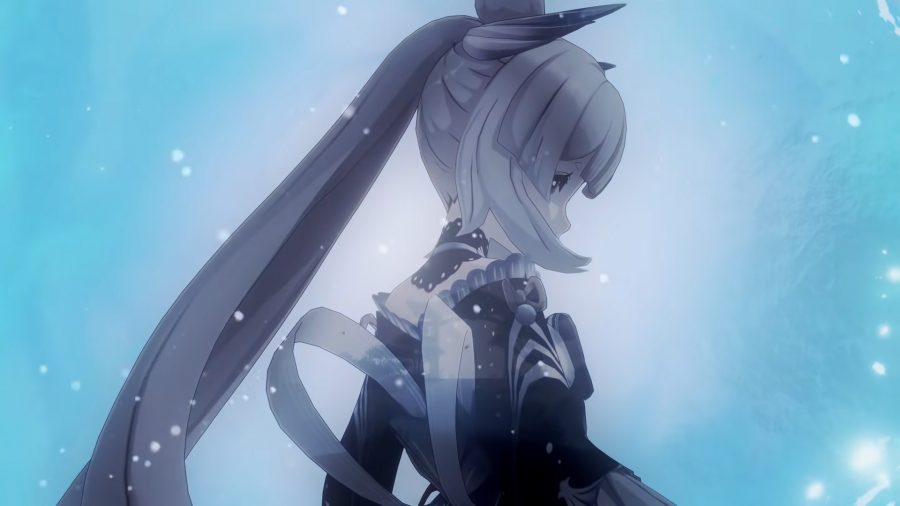 You can find Dew of Repudiation in the Suigetsu Pool on Watatsumi Island by taking on the Hydro Hypostasis. This boss drops both Dew of Repudiation and Varunada Lazurite, making it the perfect farming boss for Kokomi. If you want to take down this enemy faster, we recommend triggering the Vaporize and Electro-Charged elemental reactions to deal massive amounts of damage. In order to fully ascend Kokomi, you need 46 Dew of Repudiation.

Watatsumi Island is filled with Sango Pearls, typically spotted in purple clamshells next to blue glowing coral. The easiest way to find this ascension material is to travel towards the purple islands near Sangonomiya Shrine – search around the edges of the island to find the pearls. You need 168 Sango Pearls to fully ascend Kokomi to level 90.

The Spectral set of items can be found by defeating groups of Specters, a common enemy in Inazuma. As with all of the items in this guide, we highly recommend using the Genshin Impact interactive map to find out exactly where these enemies spawn. Specters are tricky to farm if you use melee characters as they can float away and heal up, so try to bring characters capable of damaging enemies from a distance. In total, you need 18 Spectral Husks, 30 Spectral Hearts, and 36 Spectral Nucleus to fully ascend Kokomi. 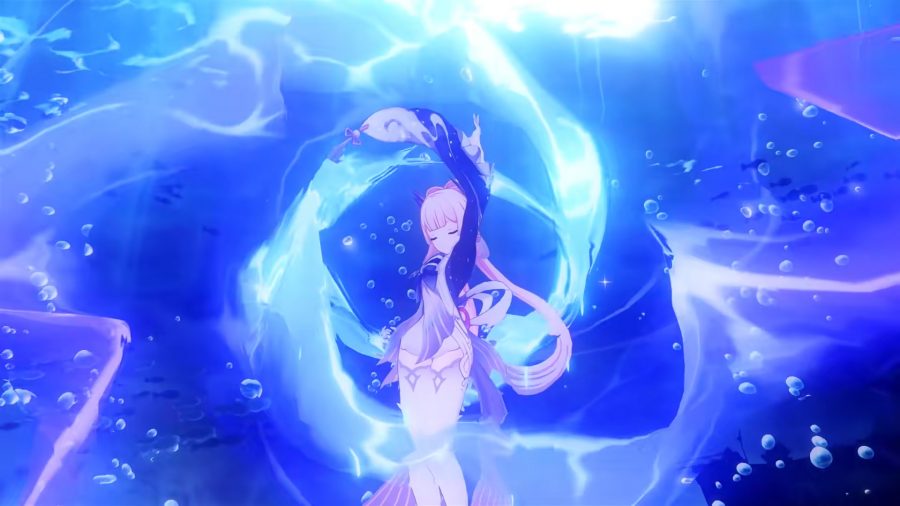 The easiest way to acquire Varunada Lazurite is to fight against the Rhodeia of Loch, located in Liyue right above the Wuwang Hill waypoint. Defeating this boss rewards you with Varunada Lazurite slivers, fragments, chunks, and gemstones. You stand a higher chance of receiving rarer items like chunks and gemstones if you play on World Level 8.

Don’t forget to utilise alchemy tables to convert three slivers into a fragment, three fragments into a chunk, and three chunks into a gemstone. You need to get your hands on one sliver, nine fragments, nine chunks, and six gemstones to fully ascend Kokomi.

Just like Yae Miko ascension materials, Kokomi’s talent books are located in the Violet Court domain on Wednesdays, Saturdays, and Sundays. You need three teachings, 21 guides, and 38 philosophies in total for each talent.

To reach talent level ten, Kokomi requires you to spend a Crown of Insight per ability. Crowns of Insight are notoriously difficult to obtain as they’re only available through limited time events and offerings.

Upgrading talents is an expensive procedure, setting you back 1,652,500 mora in total for each ability. Ascending to level 90 isn’t anywhere near as costly as you only need to part with 420,000 mora for the privilege.

That’s everything you need to ascend Kokomi in Genshin Impact. If the latest rumours are true, healers might be in demand thanks to a bleed effect which ignores shields – Kokomi’s spot on our Genshin Impact tier list may have to be adjusted. Don’t forget to check out our Genshin Impact codes guide to redeem free primogems, mora, and more.