Kuki Shinobu’s banner release date isn’t known yet, but there are few things we can say for certain now that she’s been officially announced via the Genshin Impact twitter account. We know she’s an Electro character, for example, and the current rumours suggests Kuki will be a new four-star character coming in a future Genshin Impact banner.

Thanks to recent leaks from the 2.7 beta, we also have some idea as to what her abilities might look like. It seems she’s a sword user, with some healing-focused support abilities that work even when she’s off the field. Kuki Shinobu – previously known as Kuki Ninja – is mentioned in-game in a couple of voice lines. She’s the deputy of the Arataki gang, and was first introduced in Itto’s official announcement tweet. Here’s everything we know about Kuki Shinobu in Genshin Impact.

The Kuki Shinobu banner release date is currently rumoured to be in the second half of update 2.7. This rumour comes from known Genshin Impact leaker Lumie, and it is beleived she will feature on an Itto re-run banner, which makes sense given their in-game relationship.

Hoyoverse recently announced that the 2.7 release date has been postponed until further notice due to “project progress”, which means we’ll have to wait a bit longer until we find out if the rumours are true. 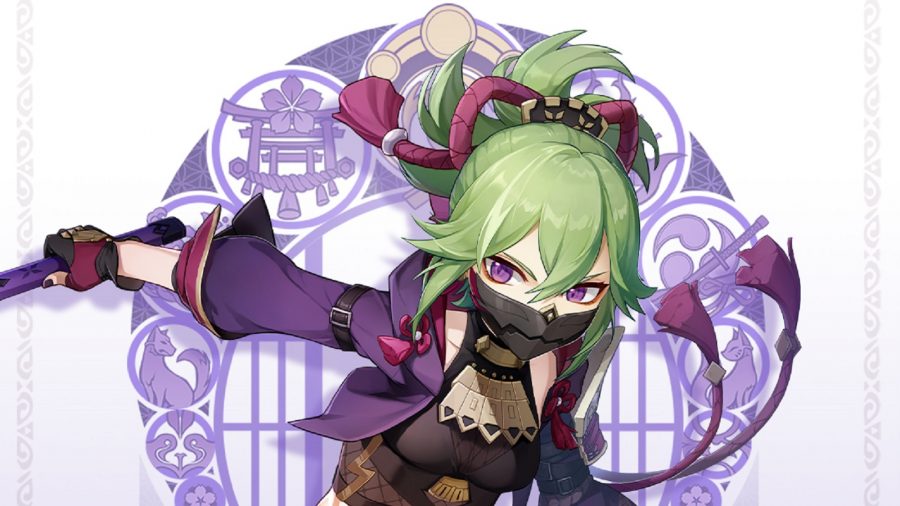 Thanks to a series of leaks from the most recent 2.7 beta, we now have some additional information on Kuki Shinobu’s abilities, sourced from Honey Hunter World.

Kuki Shinobu’s elemental skill creates a Grass Ring of Sanctification around the active player, at the cost of a portion of her health. This ring follows the active player and deals electro damage to nearby opponents every 1.5 seconds, as well as restoring health to active characters based on Kuki’s maximum health.

Kuki Shinobu cannot be brought below 20% health as a result of this ability, and it has a cooldown of 15 seconds.

Kuki stabs her blade into the ground, which creates a barrier that deals electro damage to all enemies within its area of effect. The damage dealt is based on Kuki’s maximum health. If her health is below 50% at the point she uses her elemental burst, it will last longer.

Like Yelan, she gets 25% more rewards when dispatched on a Liyue Expedition for 20 hours. In addition, she has the following passive talents:

Breaking Free – When Kuki Shinobu’s health is below 50%, her healing bonus is increased by 15% 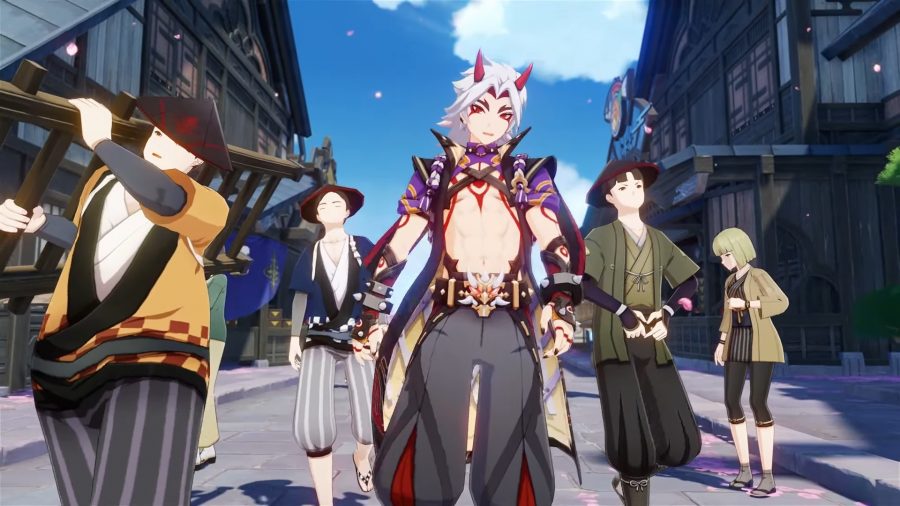 As Arataki Itto’s second-in-command, Kuki Shinobu is responsible for keeping him under control – or attempting to, at least. Messages posted by Kuki Shinobu can be found on the Hanamizaka bulletin board in Inazuma; in these messages, she asks for anyone who was “bullied” into losing items by a “red oni with long horns” to look for her in Hanamizaka so she can return the items to them. Kuki Shinobu also posts about bailing Itto out of the police station using a psychiatric report.

When asked about Kuki Shinobu, Sayu says “Arataki Itto’s little sidekick? Ugh, well she’s definitely gotta be a sleep disturbance then. Birds of a feather flock together…” Interestingly, this voice line was initially called “about The Kuki Ninja”, and before that, “about Oniori.” This has led to speculation that Oniori is Kuki Shinobu’s real name.