Looking for the best Genshin Impact Lisa build? The chief librarian of the Knights of Favonius is one of the free characters you can unlock early into the game. She’s primarily a support character who specialises in Electro skills and abilities, while inflicting a status ailment that boosts the damage enemies take when hit by subsequent lightning damage.

Compared to the rest of the Electro characters, Lisa isn’t one of the best characters in Genshin Impact. Still, the important distinction here is that she is also free to unlock, meaning you won’t have to use shop purchases to unlock her. When compared against the rest of the free Genshin Impact characters, she is probably one of the better ones, and her Electro skills are a big part of that.

If you’re looking for a decent way to support your team, this is the best Genshin Impact Lisa build. It’s primarily focused on stunning enemies using her skills, while bolstering either her attack or how much energy she can regain. So let’s get to the build then, shall we?

The best build for Lisa is a support build focused on empowering her Elemental Burst ability. It’s handy for dealing with bosses, but you sadly won’t be getting too much out of it thanks to every held button burst attack removing the conductive status ailment. Still, there are a whole bunch of items that you should consider equipping. 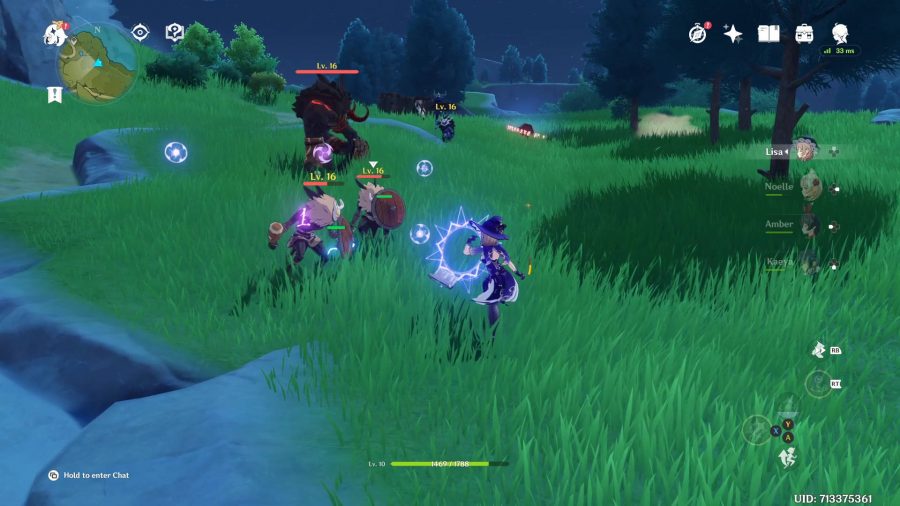 If you want to gear Lisa towards damage output, equipping the Skyward Atlas is the way to go. It increases Lisa’s elemental damage by a significant chunk, while also enabling her normal attacks to gain a 50% chance to generate clouds that seek nearby enemies for 15 seconds. They can appear at least once every 30 seconds, and deal at the very least 160% of Lisa’s attack damage. When upgraded fully, this goes as high as 320%.

On the other hand, you may wish to equip the Favonius Codex to help refill energy quickly. Critical hits have at least a 60% chance (up to 100%) to generate an elemental orb. This regenerates six energy for the character and occurs at least once every 12 seconds, or down to six seconds when fully upgraded.

For the Artifacts, you could go big on Noblesse Oblige for a big 20% boost to Elemental Burst damage and the ability to bolster your party member’s attack by 20% for 12 seconds (sadly this does not stack).

Alternatively, opting for the Thundering Fury set gives a flat 15% Electro damage bonus, and increases the Genshin Impact elemental reaction damage caused by the Overload, Electro-Charged, and Superconduct by 40% once every 0.8 seconds. Triggering any of these effects decreases elemental skill cooldowns by one second. If you’re just playing with free characters, Amber and Kaeya provide plenty of chances to trigger both Superconduct and Overload, so the Thundering Fury set is worth investing in when you can. 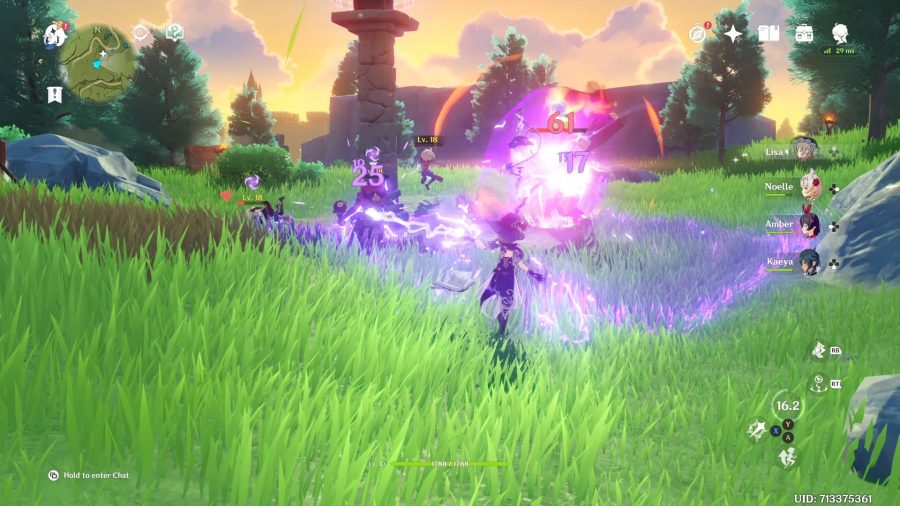 Pressing the button unleashes a homing lightning orb. When the orb hits its target, it deals Electro damage and applies a stack of a “conductive” status ailment to enemies in a small area-of-effect. You can stack this effect up to three times.

When holding the button, lightning will strike enemies from the sky after an extended casting time, dealing a large amount of Electro damage to nearby enemies. The bolts will deal extra damage based on the conductive status but will also clear all stacks of this status ailment from the enemy upon them taking damage.

Summons a Lightning Rose that unleashes lightning bolts that surround enemies and deal Electro damage. This will continuously emit lightning to knock back enemies, dealing Electro damage for as long as it persists.

This is the best Genshin Impact Lisa build we’ve tried out so far. However, most characters do require hopping into the shop for a chance to unlock them. If you manage to get the latest Cryo character, then be sure to check out the best Ganyu builds. We also have plenty more character guides for Anemo characters, including the best Venti build and best Jean build, respectively.

For one of the better Geo characters, we also have the best Albedo build that you can use to bloom beautiful, yet high-damaging flowers. Finally, why not check out our best Klee build for explosive shenanigans, or the best Diluc builds if you prefer slicing and dicing with flaming swords. If none of these fit your party quite right, perhaps one of the Genshin Impact new characters will.