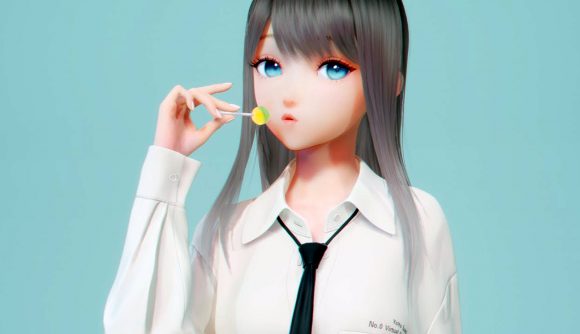 Mihoyo – the studio behind popular anime games such as Genshin Impact and Honkai Impact 3rd – has a new title out on Steam, and it’s not what many might expect. Instead, N0va Desktop is an app that basically gives your desktop background an animated waifu. Actually, no, that’s definitely something fans might expect.

In case you weren’t aware, Genshin Impact is a free-to-play open-world action-adventure with a heavy emphasis on unlocking new characters and items, as well as social interaction between characters. Honkai Impact 3rd has a similar anime style and social side but is more action-focused.

By comparison, developer Mihoyo’s latest release isn’t anywhere near as ambitious – in fact, it’s a wallpaper app. N0va Desktop – yes, there’s a zero in there – has been around for a while but has just been released on Steam as version 2.1.1. Basically, what the app does is install an anime girl called Lumi as an animated companion that lives on your desktop. I’m pretty sure I previously had to install antivirus software to get rid of something like that.

Other than outfit – don’t worry, there’s nothing too risqué – and background colour there’s not much to choose from with Lumi, and there’s not much interactivity either. A possibly more interesting option for Genshin fans are the live animated wallpapers which are continuously added to, including one earlier today. There are static versions too, but you don’t need an app for a static screenshot.

For something just as free but with a bit more interactivity, there’s always a lot going on in Genshin Impact – there’s a reason why it’s one of the best free games on PC. There’s also this, but you didn’t hear about that from me.