Want to know how to increase your Genshin Impact reputation? Genshin Impact is a breathtaking – and adorable – open world action RPG game, in which your party of four adventurers sets out across the fantasy world of Teyvat, slaying enemies and completing challenges to increase their Adventure Rank and raise the World Level to match their newfound strength.

It’s proven incredibly popular since its release earlier this year, and Genshin Impact’s 1.1 update introduced a bunch of new characters, events, weapons, and a brand new reputation system. This system allows players to accept quests to boost their reputation in the cities of Mondstadt and Liyue – and acquire blueprints for powerful weapons, recipes, and even gliders in return.

There are eight reputation levels for each city, and you need to achieve increasing amounts of reputation in order to meet these requirements and receive your rewards. There are four ways to increase your reputation – but some of them are restricted on a weekly basis, so choose carefully. Here’s everything you need to know about increasing your Genshin Impact reputation.

Hertha, the coordinator for the Knights of Favonius, will give you reputation quests in Mondstadt, in the northeast of the city.

Behind the adventurer’s guild in Liyue, you’ll find Ms. Yu, the secretary of the Ministry of Civil Affairs, who will give you your reputation quests and rewards.

Talk to Madarame Hyakubei in Inazuma to unlock the reputation menu, he can be found at the Kamisato Estate. 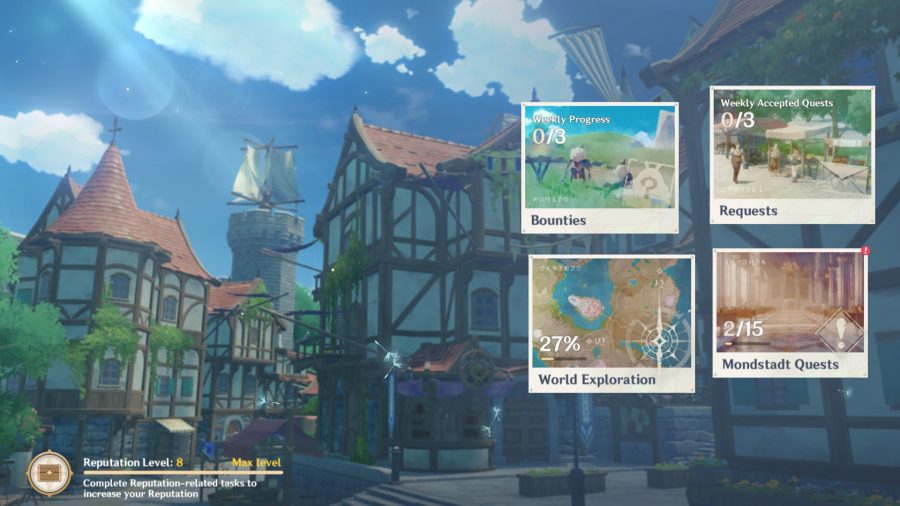 There are four types of reputation quests: 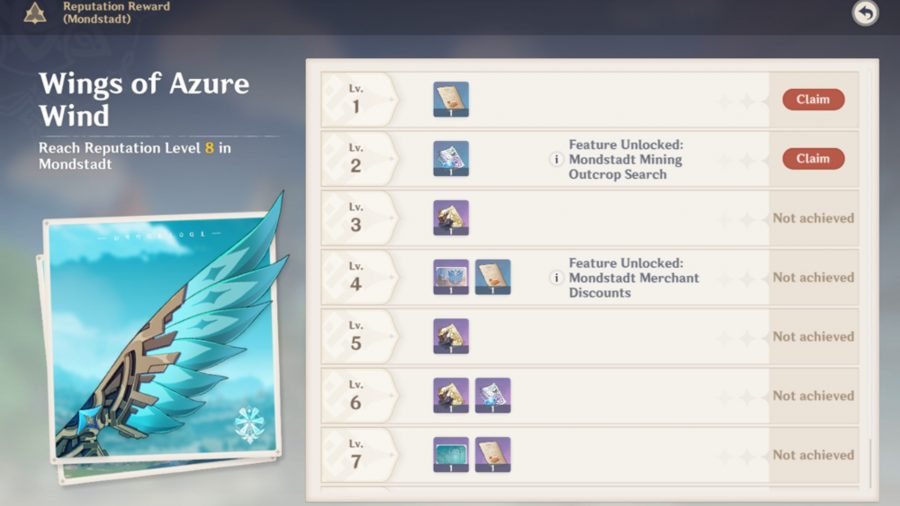 Once you’ve reached each of the eight reputation levels in Genshin Impact, you’ll receive the following rewards:

That’s everything you’ll need to boost your Genshin Impact reputation – if you’re hungry for more open-world games or anime games on PC, we’ve got you covered.