Theater Mechanicus is back in the Genshin Impact 2.0 update. Mihoyo announced that “thanks to the efforts of the Theater Mechanicus Representative Komakata, everyone’s favourite game from Liyue is finally available in Inazuma”. As the original Theater Mechanicus was themed around Liyue’s Lantern Rite festival, several aspects of the game have changed and adapted to an Inazuman audience.

These serve the same purpose as the Mystic Arts we used in the Liyue version, but only last for the duration of one stage. As you progress through the stages, you earn Mechanicus Mastery levels, which upgrade the amount of points you start each round with, and the level of the Fortune Sticks available to you. Here’s everything you need to know to beat Theater Mechanicus 2.0.

To play Theater Mechanicus, you need to be Adventure Rank 30 or above, and have completed the Archon Quest “Ritou Escape Plan”. The event is live and available until August 26 at 03:59 server time.

To start the minigame, speak to Komakata in Inazuma. If you haven’t played Theater Mechanicus before, here’s the lowdown: it’s essentially a tower defence game, and can be played solo or in co-op mode with another player. Each stage consists of several waves of enemies; enemies enter through the purple portal and move through the stage toward the blue portal, which they escape through if they make it all the way there without being defeated. 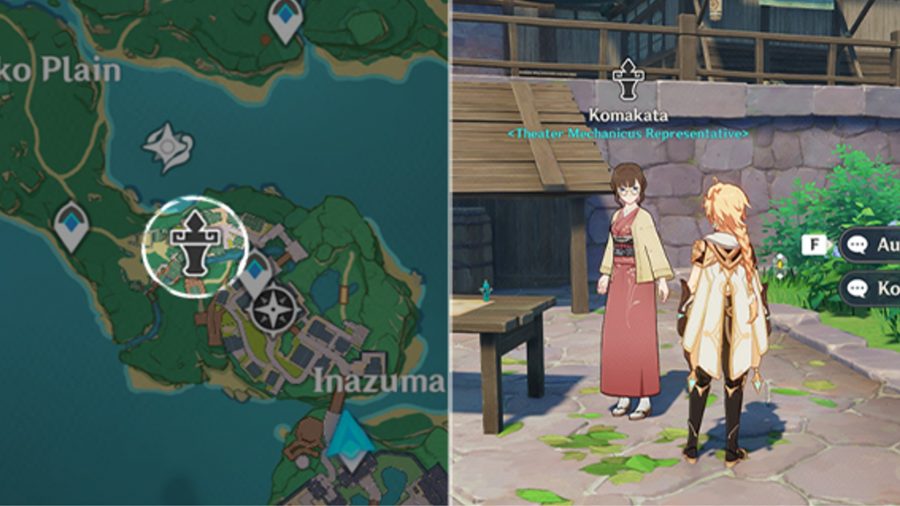 To stop monsters escaping, you construct towers, known as Mechanici, during the timed construction phase before each wave. You can see the paths that the incoming wave of enemies will take, marked by a glowing trail, so you can plan your tower placement accordingly. Building Mechanici costs Veneficus points, which are earned by defeating enemies.

If you keep enough monsters from escaping, preventing your Terminus Integrity from reaching zero, you pass the stage. Completing missions earns you Wondrous Talismans, which can be exchanged in the event shop for primogems, hero’s wit, talent level-up material, and mora.

There are several kinds of towers that you can build to fend off the incoming swarm of beasties. Each tower has different attack effects based on its respective element, and placing different types together will create powerful elemental reactions.

In each round, there are Mechanicus types that won’t receive buffs from Wondrous Sticks that round, so avoid placing these down. 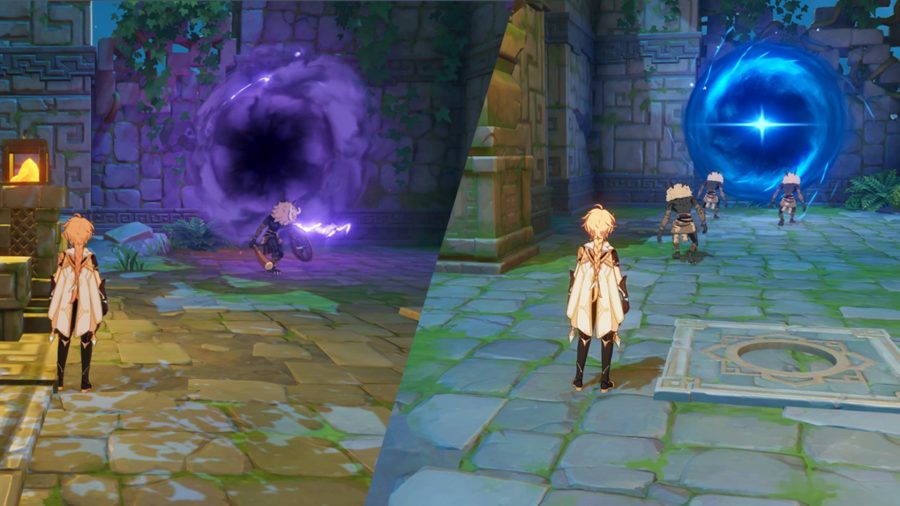 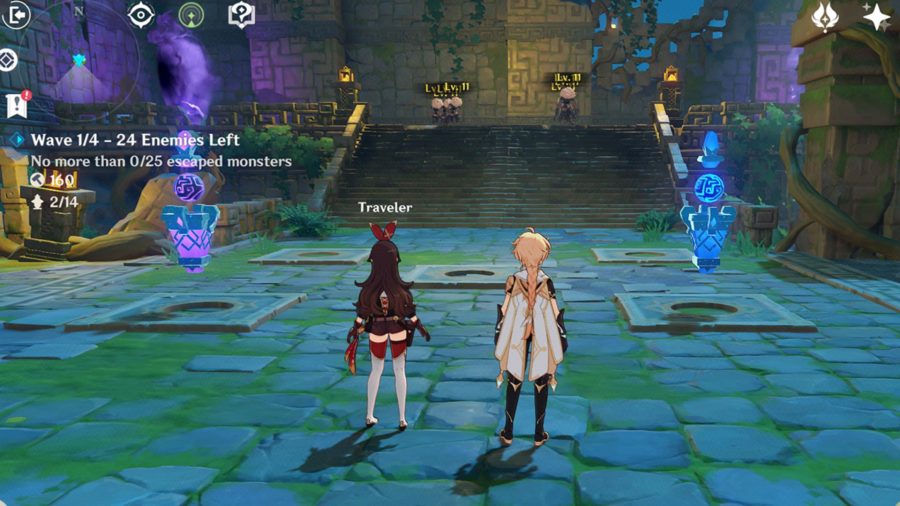 You can’t deal damage to monsters yourself directly, but you can use Elemental Skills to apply elemental effects to them. You can also use charged attacks to knock them over and push them back toward your towers.

Cryo and Hydro heroes are particularly useful in this mode – with the right team composition, you can constantly freeze enemies.