The Genshin Impact Mimi Tomo event is now live until June 6 and brings with it some unusual quests, plus a chance to earn plenty of primogems and more. Mimi Tomo shines the spotlight on Ella Musk, the Hilichurl specialist, and lets you get to know the oft-encountered enemies in a new light.

Once you put the work in, that is. The Genshin Impact Mimi Tomo event involves a good deal of running around after Hilichurls and completing quests for them, all to find and defeat the Unusual Hilichurl over the course of a week. It’s all worth the trouble, though, since you’ll unlock a swanky new set of blueprints. After completing the entire Mimi Tomo event, you’ll also unlock the second part of the event, the Genshin Impact Lost Hilichurl quest from Katheryne at the Mondstadt Adventurer’s Guild. It runs from June 6 to June 8, though Mihoyo has shared few details about it as yet.

We’ll update you once that changes, but for now, here’s everything you need to know about the Mimi Tomo event. 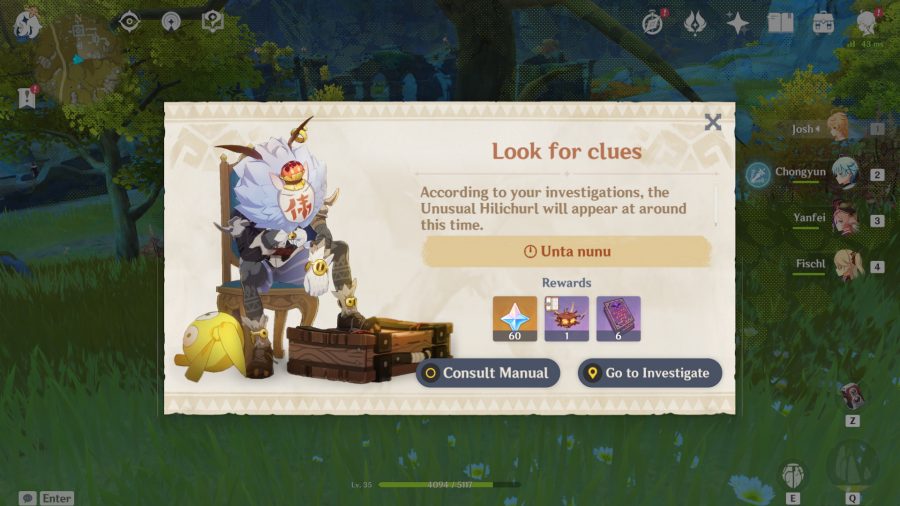 The Mimi Tomo event requires an Adventure Rank of 20 or higher. Assuming you meet that requirement, speak with Katheryne in Mondstadt to begin the quest. Follow the navigation prompt to find and save Ella Musk, then open the event menu.

Choose ‘Go To Investigate,’ and navigate to the area. With Ella in tow, search the quest area for a friendly Hilichurl or two. These are easy to identify as they’re alone and have no level or health bar above them. 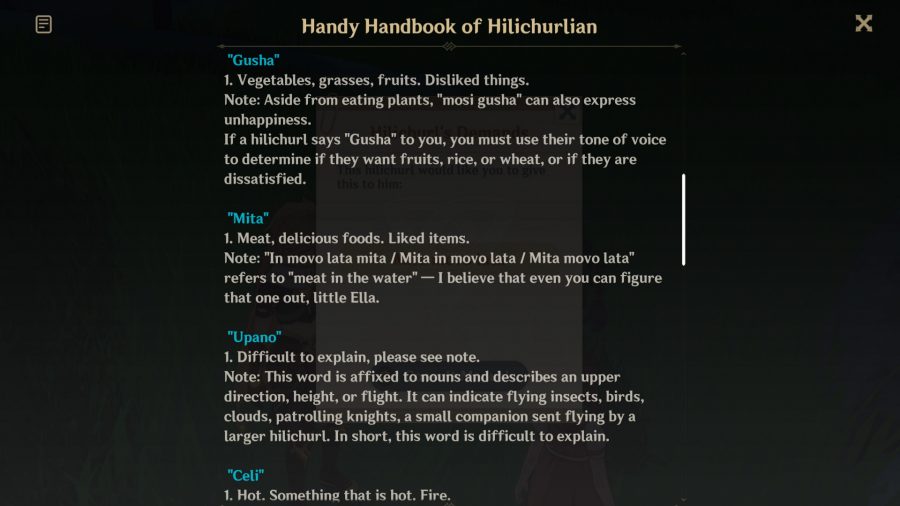 They’ll have quests for you, but, you’ll need to consult the Handy Handbook of Hilichurlian to understand what the Hilichurls want. After the event starts, the Handbook lives in the quest tab of your inventory, or you can access it directly from the conversation with the friendly Hilichurl.

Most requests revolve around determining what item the Hilichurl wants. Fortunately, the handbook only has a few phrases. It’s just a matter of finding the key phrase, usually highlighted in blue, and then finding the corresponding item, such as fish, meat, or fowl. Sometimes, you’ll be asked to handle a group of enemies as well. The enemies in these requests typically come in waves of four at a time. Be sure to prepare accordingly and have a balanced team at the ready. 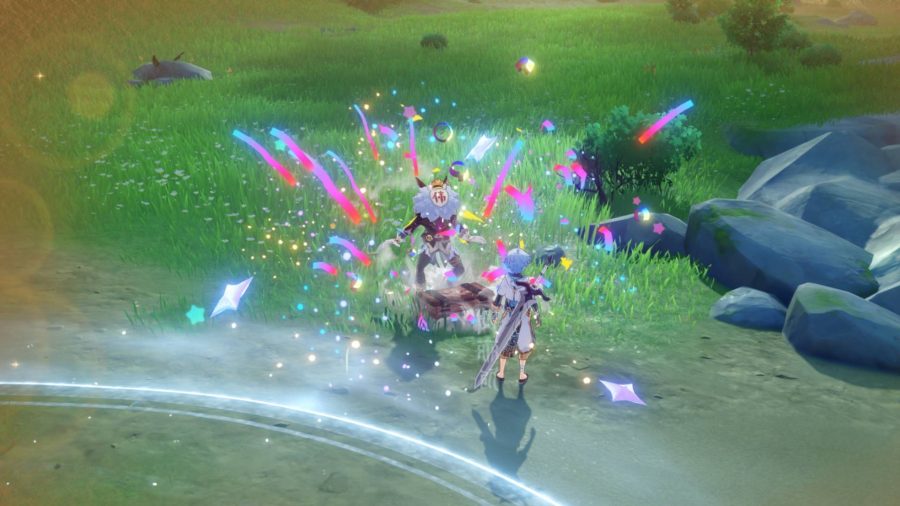 The best and worst characters: With our Genshin Impact tier list

You’ll have to wait until the server refresh time to start the next Mimi Tomo event quest. Since the event runs for ten days, you’ve got a small buffer in case you miss a day or two. 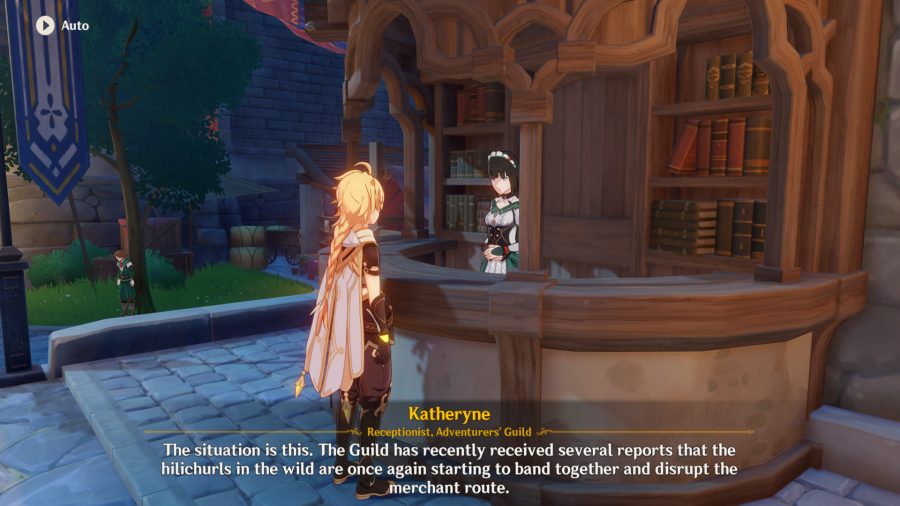 The Mimi Tomo event rewards include the usual quest and primogem rewards — perfect if you’re trying to get Genshin Impact’s Eula on your team — though the main draw is a new set of blueprints.

Here are all the Mimi Tomo rewards:

As ever with Genshin Impact furnishing blueprints, you’ll need to gather the necessary materials to craft these for your Serenitea Pot home.

We don’t know too much about the Lost Hilichurl quest yet, though we do know you need to complete the entire Mimi Tomo event for it to unlock. Once June 6 rolls around, speak to Katheryne in Mondstadt again and follow the quest to its end.

In the meantime, here’s everything we know that’s coming in the Genshin Impact 1.6 update, as well as all the new Genshin Impact characters including Kazuha and Ayaka.