Looking for Yae Miko’s ascension materials? Yae Miko, the elegant Guuji of the Grand Narukami Shrine, is a new Genshin Impact character that’s just been introduced in the current Genshin Impact banner as part of the Genshin Impact 2.5 update.

Despite the fact that she’s only just been made available to play, players maanged to uncover plenty of early information about the pink-haired kitsune maiden ahead of her eventual release. As a result, not only do we know everything we need in order to assemble the best Yae Miko build and team comp, we also know all of the required ascension materials for Yae Miko, which you’ll need in order to unlock additional abilities.

These materials take a long time to accumulate, but if you’ve been adventuring across Inazuma and Enkanomiya, you may have a head start as most of Yae’s materials have been available for a while – with the exception of the talent level-up material dropped by the Genshin Impact 2.5 boss. It’s important to note that in order to ascend a character, you must meet the required adventure rank and character level, too. We’ve put together a list of all the Yae materials for ascension, and how to obtain them.

The following materials are required to ascend Yae Miko, according to Honey Hunter World: 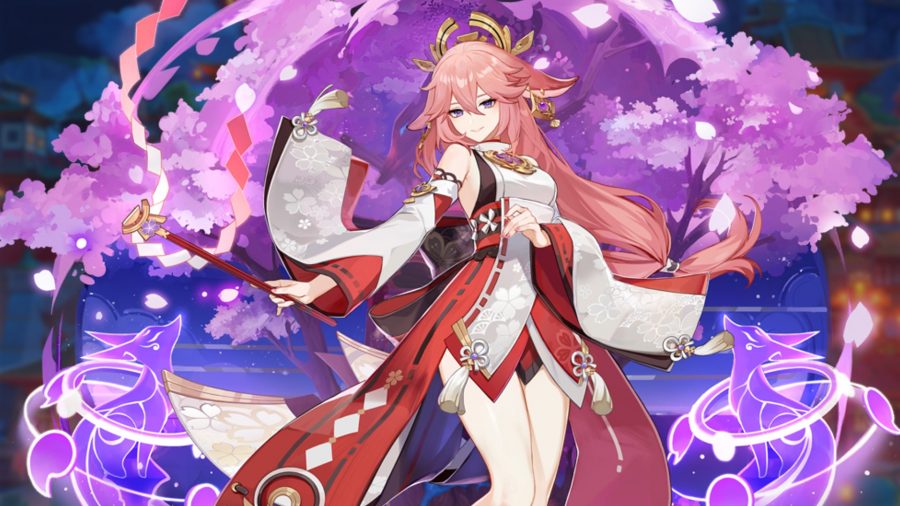 Let’s start with the simplest material: the Sea Ganoderma. Sea Ganoderma can be found relatively easily throughout Inazuma; there are 149 available to pick up on the map. Once harvested, they respawn after two days. To fully ascend Yae Miko requires 168 in total, so pick them up whenever you come across them. You can use the official Teyvat Interactive Map to help you plan farming routes.

All varieties of handguard can be acquired by defeating Nobushi enemies (including Kairagi) across Inazuma. Kageuchi and Famed handguards are dropped by enemies at least level 40 and 60, respectively. Alternatively, you can craft them using three of the previous tier of handguard. 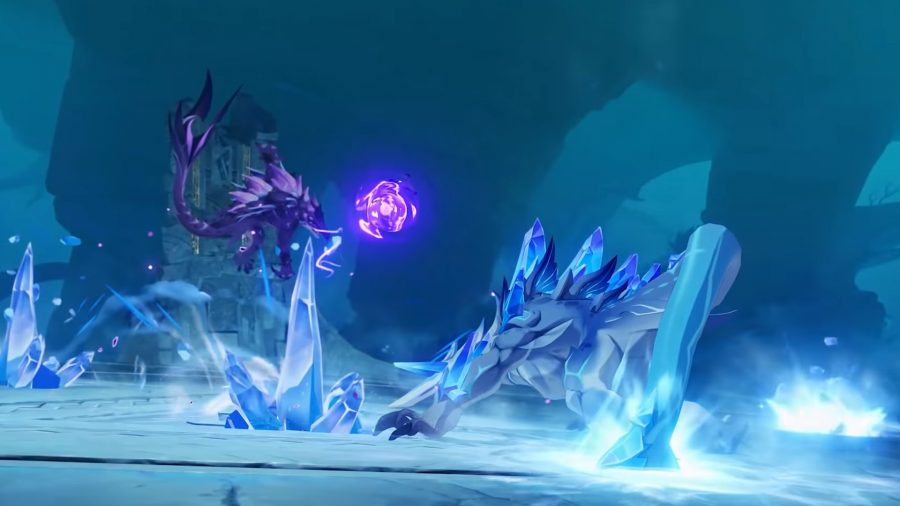 Dragonheir’s False Fin are dropped by the Bathysmal Vishaps, who form the ‘Coral Defenders’ boss challenge in Enkanomiya. You need 46 in order to fully ascend Yae Miko, so you’ll be facing them frequently.

Ensure you have enough resin to claim the rewards from these bosses. You can craft a fragment from three slivers, a chunk from three fragments, and a gemstone from three chunks. In total, Yae’s ascension requires the equivalent of 271 Vajrada Amethyst slivers. In a pinch, you can also convert other elemental ascension materials into Electro ones using Dust of Azoth.

Yae Miko’s talent books Teachings of Light, Guide to Light, and Philosophies of Light can be obtained from the Violet Court domain on Wednesdays, Saturdays, and Sundays. Note that on Sundays, all talent level-up materials from the domain have a chance to drop. You need 9 ‘Teachings’, 63 ‘Guides’, and 114 ‘Philosophies’ in total.

The The Meaning of Aeons necessary to ascend Yae Miko’s talents above level 6 will be dropped from the new weekly boss in update 2.5, so you can’t obtain them at the moment.

To reach level 10 in each talent requires a Crown of Insight. You can get one from the 2.4 Fleeting Colors in Flight event, and there are currently six permanently available: one via offerings to the Frostbearing Tree and five from the Sacred Sakura.

As expected, it’ll cost you plenty of mora to ascend Yae – 2,093,000 in total, and an extra 4,950,000 for her talent levels. Be sure to complete as many daily commissions, bounties, and weekly quests as possible in order to gather mora. Don’t forget to collect plenty of Hero’s Wit to get her to max level, and remember to do the Parametric Transformer every seven days to help you collect Yae Miko materials.