Want to know more about the Genshin Impact Yanfei banner? Yanfei is a four-star Pyro Catalyst user that is coming in the Genshin Impact 1.5 update, and it’s highly likely that her banner won’t appear for quite some time. It largely depends on if she is the first of the two upcoming Genshin Impact characters to be released, or if that honour goes to Eula. That doesn’t mean you can’t prepare in advance though.

So who is Yanfei? Well, she passed the bar exam and is currently a practicing legal adviser in Liyue Harbour. She’s also half-human, half-illuminated beast, and she has access to many magical Pyro-based attacks to decimate her foes.

Yanfei’s profession plays a large role in the way her attacks work. During each one of her attacks, Yanfei gains Scarlet Seals which decrease her stamina consumption. These seals look similar to the ones you may use to sign a contract – as you can tell, Yanfei really loves her job. Here’s how to make the best Yanfei build in Genshin Impact. 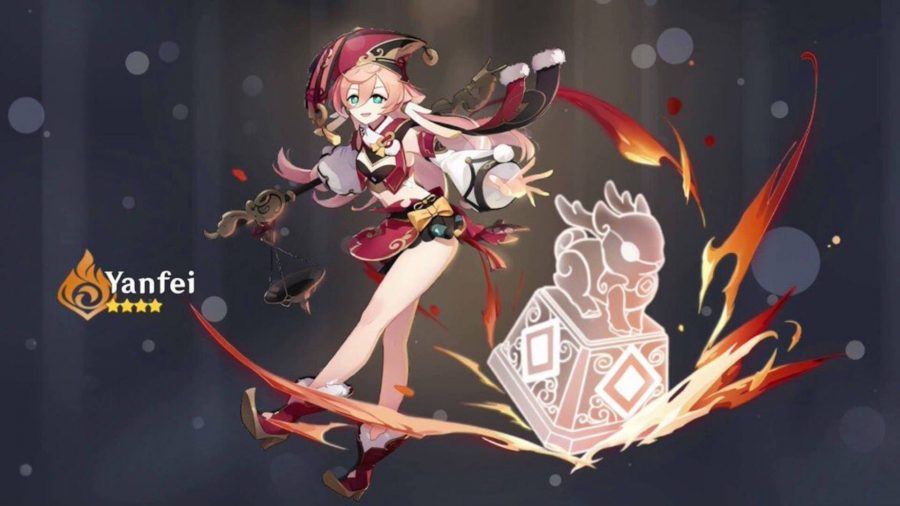 Summons flames that deal AoE Pyro damage to nearby enemies. Any opponent hit by the flames grants Yanfei the maximum number of Scarlet Seals.

When used, this burst summons a spray of flames to rush any nearby opponents. These deal AoE Pyro damage and grants her the maximum number of Scarlet Seals, as well as the Brilliance buff. Brilliance gives Yanfei the following bonuses:

And that’s all we know about the Genshin Impact Yanfei banner. We have all the hangout events for all four characters: Barbara, Noelle, Chongyun, and Bennett, so you can see every ending.