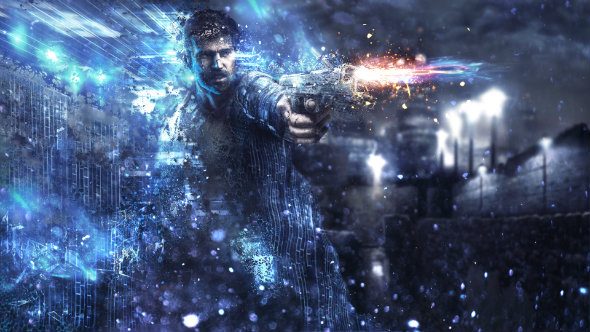 Get Even has been in development for four long years, but with a newly announced release date of May 27, it’s time for a new trailer to drop. This first-person title mashes up psychological horror with crime-solving and even a little shooting, all set in what appears to be an abandoned mental asylum. There also happens to be a girl with a bomb strapped to her chest, but I suggest you check out the trailer above to see how promising this game is shaping up to be.

Get Even appears to have some pretty sneaky, stealthy elements, so while you’re waiting to play it, check out our favourite stealthers.

In case you’re not aware of Get Even, here’s the low-down. You wake up in an abandoned asylum, with a single memory. It looks like somebody might have got a bit too enthusiastic with the electroshock therapy. All you can remember is you’re trying to save a girl whose latest fashion accessory is a stack of C4 strapped to her chest. However, you’ve also got some weird technology infused into your brain that allows you to read and replay human memories. Yep, it all sounds quite strange indeed. With an atmosphere that is very reminiscent of Amnesia: The Dark Descent with a dash of Condemned thrown it, it’s definitely going to be the kind of game you want to play in the dark with the sound cranked up. And preferably with adult diapers in place.

You can read more about the game at the official site, but in the meantime here’s the original launch trailer:

Read More
Get Even system requirements