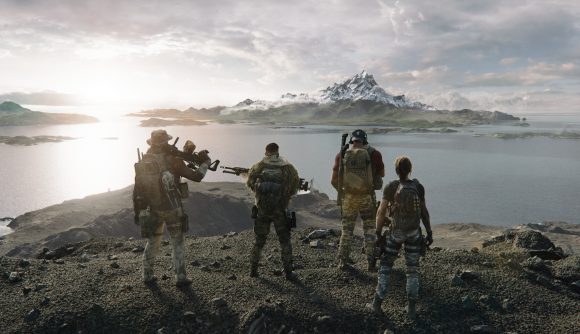 It’s been nearly a month since Ghost Recon: Breakpoint finally got its long awaited ‘immersive mode‘ update that adds the option to remove the controversial ‘loot shooter’ mechanics, and I’m here to say that it’s worth checking this game out again. Ubisoft has managed to roll back the most unpleasant changes introduced in Breakpoint, and playing the Ghost Experience almost makes it feel like Ghost Recon again.

I’ve been spending some time playing the campaign after switching over to the new Ghost Experience, and it’s completely changed the way I play. With just a few of the realism options turned up, stealth has become important again. Approaching an enemy outpost calls for surveillance and planning – you know, the recon part of Ghost Recon. Removing the leveled gear system both grounds the game and opens up the map – you’re no longer waiting to explore certain areas just because the number on your G36C isn’t arbitrarily high enough.

I’m no longer helicoptering my way around Auroa looking for new gear to pick up, and it’s a major relief to not be worried about swapping out hats or comparing rifle stats. After all, if you want a Tom Clancy game that does that, there’s The Division 2. In a Ghost Recon game, I want to develop a relationship with a particular rifle, and to carry that specific rifle with me throughout my adventures. I don’t want to be tossing it aside every 10 minutes in exchange for something new and equally disposable.

All that said, I’d stop short of a full-throated recommendation of Ghost Recon: Breakpoint. It’s still a game with more than its fair share of issues that remain since the time of our review. The Ghost Recon subreddit has been disappointed with particular gear offerings, and the story remains rote at best – although I will say that I’m paying more attention to it now that the gear grind has been lifted.

What I’m perhaps most impressed with, though, is how much power Ubisoft has given players in implementing these changes. You can chose to play the new way, or stay with the old one if you prefer collecting new guns and gear – and you can fine-tune countless aspects of the difficulty now to make Breakpoint feel the way you want it. Ubisoft has vested players with a remarkable amount of power in shaping the way the game plays, and you can make changes to your settings at any time without impacting your progress or the content that’s available to you.

It’s an approach that I hope Ubisoft keeps in place for more titles going forward – the idea behind most of Ubisoft’s tentpole games is that we keep playing them for a long time, and this kind of tunability makes that prospect significantly more appealing.