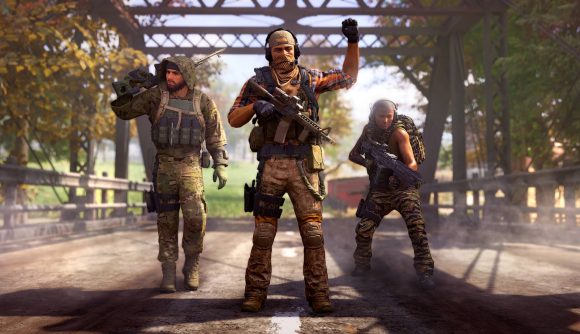 The closed test for Ubisoft’s newly announced free-to-play battle royale game Ghost Recon Frontline has been indefinitely postponed, just a day before it was set to begin. The Ghost Recon Frontline closed test was announced along with the game itself last week, and was scheduled to run October 14-21. That won’t be happening as planned, as Ubisoft announced today that the team had decided to push the test back.

“We have decided it is best to postpone the closed test for Tom Clancy’s Ghost Recon Frontline,” the company said in a tweet posted today. “The development team is dedicated to creating the best experience possible. We’ll share details on the new date for the closed test as soon as we can.”

The developers don’t cite any specific reasons for the decision to delay the test. During the reveal presentation, the Ghost Recon Frontline team stressed that the game is still early in development, and so any number of issues may have arisen that could make it a bad time for a semi-public beta. It could also be down to the timing: Battlefield 2042 and Call of Duty: Vanguard are both gearing up for their launches next month.

We have an important message regarding Ghost Recon Frontline's Closed Test. pic.twitter.com/ne1VgOLMJF

Whatever the reason, we’ll have to wait a while longer before we get an early taste of what Ubisoft has been cooking up for Ghost Recon’s next big outing.