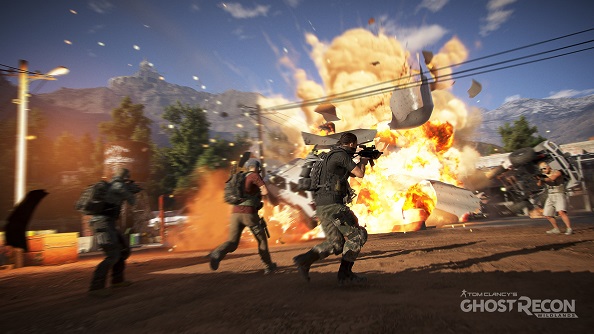 Update: The giveaway has now ended, if you entered the competition, check your inbox to see if you were one of the lucky winners!

Original story: Ghost Recon Wildlands may not be out until the 7th March, but Ubisoft are allowing a lucky bunch explore the lush territory of Bolivia this weekend, and we’ve got 75 beta keys for it up for grabs. This weekend, players will have the chance to explore the province of Itacua, one of 21 regions in Wildlands’ massive open world. The area is fully explorable, with main story missions and side quests also available. Players can hop in and complete these with three AI characters, or invite up to three friends to come and cause some mayhem with you.

For a chance to win all you need to do is enter using our widget below. Each action gives you one entry into the prize draw, and the more actions you complete, the more chance you’ll have of winning. Simple!

If you win a code, you’ll need to head to the Ghost Recon Wildlands site here to redeem your code and pick your platform to play on. Your beta code will also allow you to invite three other friends to play the game with you by heading to the beta portal here and sending out invitations to those special someones.

PC specifications and more information about the beta can be found here.