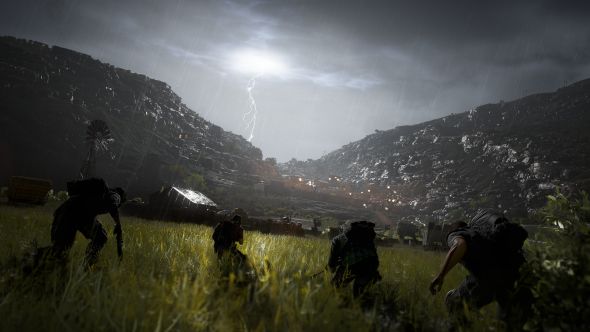 Ghost Recon Wildlands is out in less than a week’s time, so everything is pretty much locked in. Unfortunately, the Bolivian government is not happy with the game’s depiction of their country as a narco state.

Keep an eye on the gorgeously rendered horizon with our list of upcoming PC games.

The complaint was filed with the French embassy, citing issues with how the game paints the South American country as an area rife with drugs and drug trafficking, according to a report from Reuters.

“We have the standing to [take legal action], but at first we prefer to go the route of diplomatic negotiation,” Bolivian interior minister Carlos Romero said. The hope is that the French government intervenes first. However, there’s probably not much they can do this close to launch.

In response, Ubisoft pointed out that the game was based on a fictional future version of Bolivia, but they hope they’ve done the county’s natural beauty justice. “While the game’s premise imagines a different reality than the one that exists in Bolivia today, we do hope that the in-game world comes close to representing the country’s beautiful topography,” Ubisoft said.

Bolivia is the world’s third-largest producer of coca leaves, the raw ingredient needed to refine cocaine. However, the leaves are used medicinally by many, and are considered legal before they’re manufactured into the drug. The indigenous Quechua people use coca for ancestral rituals and consider it holy.