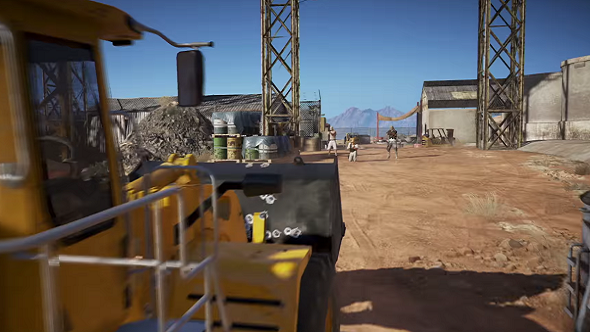 Another new gameplay trailer has released for Ghost Recon Wildlands, laying out the Bolivia-based mission of the game’s co-op-spec-ops soldiers, who are tasked with crushing the cartel by any means necessary.

Keep an eye out of sneaky ghosts by checking in on our upcoming PC games list.

They can do whatever they want, so long as they aren’t captured. That means gunning a boat downriver at speed, piloting helicopters and planes, and even driving a bulldozer straight into a group of armed militia.

Weapons will be supplied, by any vehicles will need to be commandeered, opening the game up for sports car chases and construction machinery carnage. This military sandbox looks a far cry from Ghost Recon of yesteryear.

As part of the squad, you’ll also be free to tackle your targets in whatever order you wish. Once you reach them, you can also take them out however you want. It seems like there’s a lot of emphasis on player choice here, then, and I’m looking forward to seeing more.

Watch a stealthy nighttime infiltration in the last gameplay video at that link.