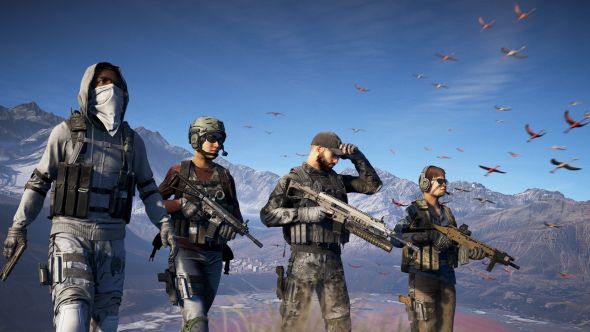 The Ghost Recon Wildlands open beta will include a new province of the game’s open world, according to publishers Ubisoft.

For the latest intelligence, here’s everything we know about Ghost Recon Wildlands.

The news was confirmed in an email sent to closed beta participants by Ubisoft. According to VG247, it contained no further details but a link to a feedback survey.

The open beta doesn’t have a date, but the final game is due for release on March 7, so there’s less than a month to go. Two of Ubisoft’s recent games, For Honor and Rainbow Six Siege, have had an open beta the weekend before their launches, so perhaps Wildlands will follow that pattern.

The closed beta was limited to only one province – Itacua – out of 21 in the final game. Ubisoft boast it is the largest open world they’ve ever made, with 11 different ecosystems.