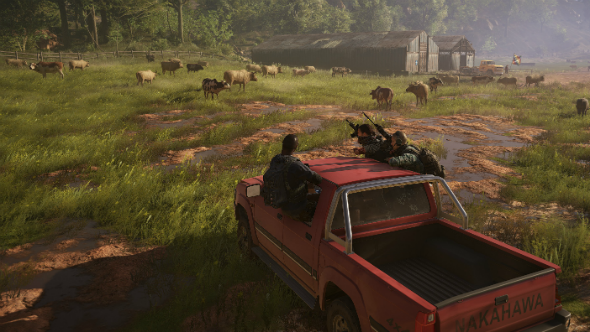 If you want to crawl through some shrubbery while your mate zips along the sky in a helicopter, dropping two more pals off so they can parachute into an enemy compound while you pick off sentries with a silenced rifle, I have some good news for you. Ghost Recon Wildlands’ open beta begins on February 23.

Keep an eye trained on the distance with our list of upcoming PC games.

If you’re really keen on getting some time with the game, you’ll be able to pre-load it on February 20.

Open beta participants will unlock a unique in-game mission called the ‘Unidad Conspiracy’, in which you will spark a three-way war between Unidad, the Santa Blanca cartel, and a local militia group. You just need to play the full game from the same Ubisoft account.

In the beta you’ll get access to two of the game’s 21 provinces. There are the mountains of Itacua, and the snowy tundras of Montuyoc.

As in the main game, all of this will be fully playable in four-player co-op.