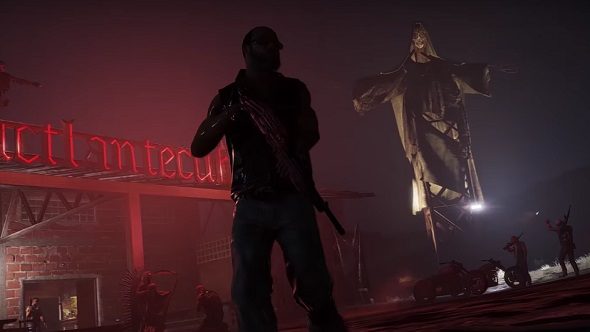 Ahead of its March 7 launch, Ubisoft have revealed its post launch plans for Ghost Recon Wildlands. This includes details on the game’s season pass, alongside an upcoming free PVP update.

Prepare to unleash hell on the cartel with our Ghost Recon Wildlands guide.

Let’s get the free stuff out of the way first. The PVP update will pit eight Ghosts against each other in teams of four, in what Ubisoft is calling “tactical, class-based combat.” Ubisoft are planning to reveal more about this free multiplayer mode at a later date, so watch out for more information very soon. As for the season pass, it gives players two new content expansions, special faction-themed equipment, permanent and single use XP boosters, a new vehicle and more.

The first expansion is called Narco Road, where Ghosts will infiltrate a gang of drug smugglers who have a real need for speed. To destroy this gang from the inside, players will have to earn the gang leader’s trust by winning a series of races and special challenges. The second expansion is Fallen Ghosts, which has a team of Ghosts trying to escape the wrath of an elite mercenary unit, after your chopper gets shot down over the jungle. Owners of the season pass will get access to these expansions one week earlier than anyone else.

The faction equipment packs deck out Ghosts with specialist equipment, perfect for taking down the cartel. The Rebellion Ghost pack gives players access to an outfit inspired by the Katari 26 rebels, as well as a custom AK-47 with an extended magazine. The Unidad Ghost pack gives players a special Unidad disguise, which can be used to sneak into Unidad camps without raising the alarm. It also comes with a special LMG, also equipped with an expanded magazine and a red dot scope. The final equipment pack is the Santa Blanca Ghost pack, where Ghosts can mimic the style of cartel members without actually joining their ranks. Along with this outfit, players gain access to a golden M1911 pistol which is perfect for doling out karmic justice against members of the cartel.

Combine this with the new Bolivian minibus vehicle, a permanent 5% XP boost as well as some single use XP boosters, and that is everything you will find in Ghost Recon Wildlands’ season pass. There is currently no news on pricing but with the game releasing next week, expect information to be forthcoming.