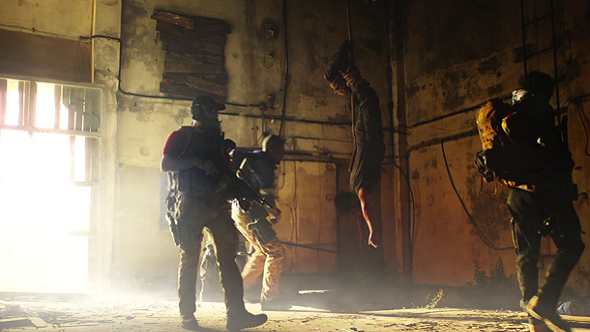 He’s headed up films such as Die Hard, Predator, and The Hunt for the Red October, but now John McTiernan is bringing us a live-action trailer for Ghost Recon Wildlands, Ubisoft’s upcoming open-world shooter.

Check out our list of the best sandbox games for more freeform fun.

This is the director’s first bit of film work in 13 years, and it’s really well put together, showing off Bolivia under the grip of the Santa Blanca cartel. At least until men with beards turn up to shoot people.

While there’s often a bit of a disconnect between being the hero in a game while also being an American gunning people down on foreign soil, this trailer at least has the self-awareness to not frame the Ghosts as good guys. They’re more like vengeful spirits.

The trailer was created in partnership with DDB Paris, the agency who brought us that interactive Ghost Recon Wildlands map.

“We had the ambition to make more than an action commercial, but two minutes of a feature film with faces that stay with you and a story that leaves you asking for more,” says DDB Paris executive creative director Alexander Kalchev. “Each image had to stand out and be iconic… we didn’t need a master action movie director. We needed a master storyteller.”

This is the second trailer from the agency, as they’re also responsible for the recent Red Dot live-action trailer. You know, the one with the sniper and the cat.