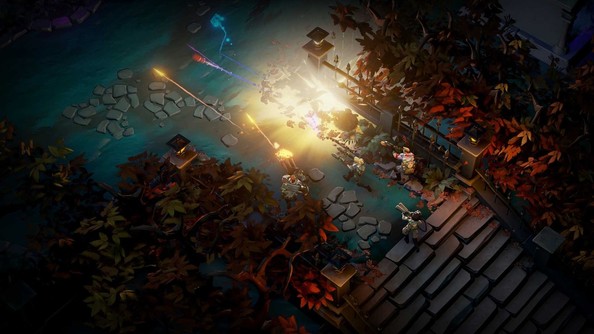 Phew! Thank God for that – the new Ghostbusters game is a big bunch of hot garbage. I’ve been playing it all day, trudging through corridor after identical corridor in the name of extinguishing supernatural entities, throwing trap after joyless trap out at the feet of the same four ghosts. It was never in doubt really, from the moment I realised my mouse was no good in the menu screens. Still, it’s nice to sit back, take stock, and breathe easy knowing the absolute bobbins tie-in genre is alive and well. Phew!

Related: looking for something less terrible? PCGamesN’s all-time best PC games will steer you in the right direction.

It’s not the worst movie tie-in I’ve played, nor will it be yours. But it does fail on a sufficient number of essential levels so as to leave you in no doubt that this beloved industry tradition is intact in 2016. Its four-strong cast of wafer-thin protagonists, for example, approach the gender issue sparked by Paul Feig’s fantastic female ensemble with the same tact and thoughtfulness that Prince Philip and Bill O’Reilly might manage if they sat down together to discuss it. “Let’s really make a point of saying HERstory instead of history!” said one writer to another, presumably, one dark day at Fireforge. “I am in total agreement,” another must have said before getting back to pulling one-liners out of a hat. In another scene, a character introduces himself as Montgomery Strange. “Strange name,” says a hunky Egon lookalike before giving you a few seconds to recover from the laughing fit you just had.

Credit’s due to Fireforge for taking a risk with the established genre conventions though, bravely opting against hiring the actual cast of the movie to record seven lacklustre lines into a smartphone as most movie tie-ins do. Instead they’ve hand-drawn an all-new cast, two girls, two guys, all four of them having dragged themselves away from the cutting room floor somewhere within Gearbox.

Elsewhere Ghostbusters pays its dues to the traditions of the godawful tie-in genre. It’s secured the rights to that song, and it’ll be damned if it lets a single cent of the associated fee go to waste. Duh-duh daa du du duh! Dudududu du duh! DUH-DUH DAA… 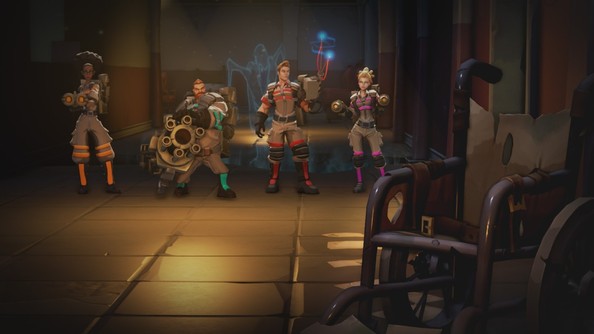 What follows is a series of ten agonizing, flabberghasting, twin-stick shooter levels designed with a dedication to monotony and repetition that will, eventually, make you burst out laughing with the sheer absurdity of it all. Another room of floating skulls? It’s been ten minutes! What’s after it – another room of zombies? I swear to god, if there isn’t something cool at the end of this corridor… oh, it’s a room of floating skulls.

It’s designed for 2-4 player co-op play really, but it’s just as easy to identify the gaping chasms where environmental, enemy, and gameplay variation should be if you play alone. It isn’t even frustrating – at first it’s even inoffensive. Then you get a bit bored waiting for the next thing to happen, the next mechanic to reveal itself. When that mechanic never does, you’re left exploring the endlessly repeating art assets with a sense of wonder. They can’t just do this for 15 minutes and call it a level, can they?

They can and did. Ten times.

And honestly, I’m glad. I wouldn’t know up from down if this game turned out to be brilliant. We’ve had that Riddick game, Aladdin, Goldeneye and Dune 2 crop up over the years, and they were bitter enough pills to swallow. Bloody unexpected works of genius, making us all look like we don’t know what we’re talking about. But if a great tie-in showed up right now, in 2016, when we have the industry figured out down to the annual Ubisoft ‘leak’ and ’90s reboot announcement… well, I just wouldn’t know what to think. 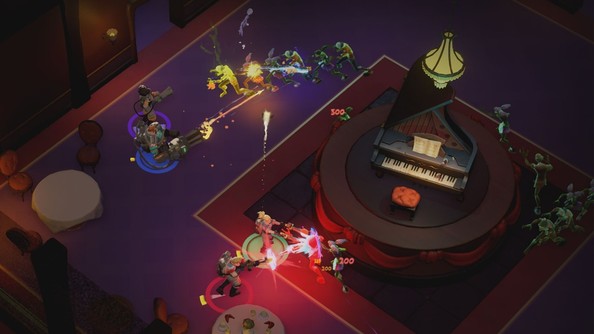 It was bad enough in 2009 when Ghostbusters: The Game turned out to be kind of alright. Brad Fregger and David Crane must have been apoplectic when that game came out to faintly positive reviews. The pair are the forefathers of terrible Activision tie-in games, but more than that: they’re the forefathers of terrible Activision Ghostbusters tie-in games.

Have you ever tried to play Ghostbusters on NES, the game Crane and Fregger designed? It’s like taking a photograph of a dream. An endless Kafkaesque cycle of never getting to bust the ghosts because you’ve run out of fuel trying to get to the shop to buy the beam splitter to hunt the ghosts to earn the money to buy the fuel. That’s how you do it. You play the theme song again and again and again until it stops sounding like a song and becomes mocking laughter. You implement a needless overhaul of the established control scheme for the genre. You assign one button to simply bring up a white box, which you won’t learn is actually an empty inventory screen until much later because f*ck you, that’s why.

It’s a tie-in game’s job to hold its audience in absolute contempt. To be honest I was worried at points while playing 2016’s Ghostbusters, because there didn’t seem to be much evidence of that. The dialogue, while tin-eared, is at least well-meaning. The graphics aren’t obnoxious either. What a relief it was to find my mouse stubbornly ignored in menu screens and then vital during gameplay. And greater still when the levels revealed themselves to be as one-note as they are.

I very rarely get the impression it’s the developer’s fault. Based on admittedly little, I always intuit that the studio probably had a fortnight to knock together their tie-in, and $500 to cover costs. It’s no knock on Fireforge that Ghostbusters is this bad – at least, it shouldn’t be – because we simply don’t know the conditions of their task.

What we do know is that Ghostbusters is a bad game. And that’s great news for the cosmic balance. You don’t make good tie-ins, you just don’t. You take the things people love about the movie and turn them into a grim puppet show of disappointingly unrelated gameplay mechanics, drowned in over-used licensed soundtrack. Why can’t games and films co-exist as franchise equals? Because you don’t cross the streams, damn it.