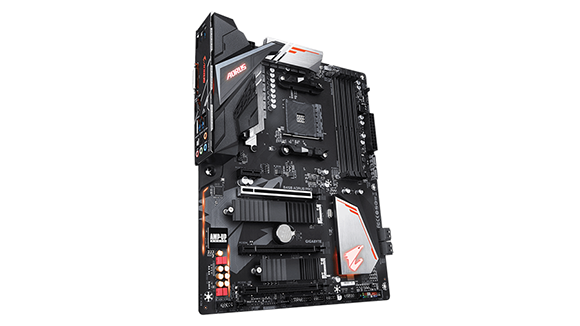 Gigabyte has been caught incorrectly marketing the power delivery on its Aorus AMD Ryzen 2 motherboards. While the company advertises 8+3 phase VRM, an investigation into the lineup of Aorus AM4 motherboards indicates some of the lineup actually offer half the phases initially advertised in Gigabyte’s marketing materials.

The discrepancy between the advertised motherboard VRM phase listed and what was actually on the motherboards was first reported by motherboard reviewer Adys301 on Reddit, and was later picked up by tech Youtuber Buildzoid. The issue is that, while some of Gigabyte’s Aorus Ryzen 2 motherboards advertise an 8+3 phase VRM – such as the B450 Aorus Pro, B450 Aorus M, and X470 Ultra gaming – none of them actually run with that many phases.

The top-end X470 boards, which were the first to launch for AMD’s Ryzen 2 CPUs, supposedly feature at least the components required for 8+3 phase function. However, the B450 motherboards are actually lacking the necessary components required for eight phases, and are realistically four phase VRMs with a second inductor roped in for a little extra.

Your motherboard’s VRM is responsible for feeding your chosen CPU with the stepped down voltage it requires to function without frying directly on 12V, and is built up of a few key electrical components. The ones you’ll need to be familiar with today, however, are high-side MOSFETs, low-side MOSFETs, and inductors (or chokes). 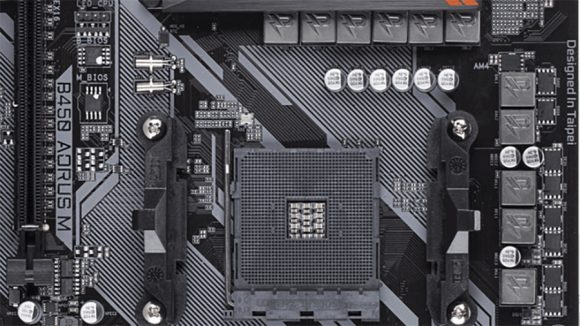 The affected X470 boards, on the other hand, actually feature all the necessary components for eight phase VRMs. However, the way the VRM is wired up and the PWM signal these actually receive causes each pair to run in parallel and act as a single chunky four phase VRM overall.

The VRM on the Gigabyte boards isn’t going to do any damage, and all the components necessary for a perfectly functional four phase are alive and well. However, while other motherboard manufacturer’s often keep quiet on the actual phases their mobos are capable of, according to Adys301 and Buildzoid, Gigabyte has been misinforming its customers. 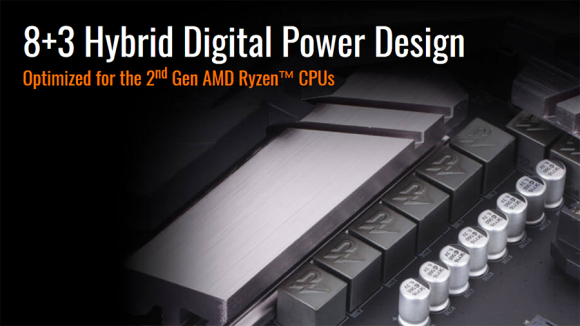 Luckily, after some prodding and investigative action, Gigabyte has now agreed to remove the 8+3 spec from its sites and are attempting to correct the marketing materials falsely advertising the 8+3 VRM. There’s been no word so far on whether there will be any compensation for users who bought these boards with the understanding they would receive an 8+3 phase VRM.

Depending where you are in the world some versions of Gigabyte’s site may still list the incorrect specifications, but Gigabyte has supposedly informed Adys301 that the update will be live across the globe in a few days.