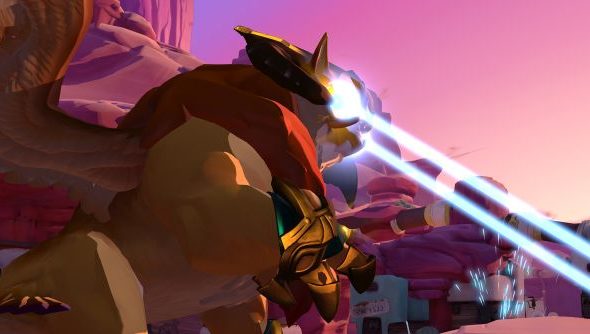 Things weren’t looking good for Motiga just a few months ago. With Gigantic struggling to gain traction and without enough money to keep the studio open, they announced significant layoffs to staff. At the time, they promised this would be only temporary and that they were actively working towards a solution to rehire those people, then went dark. Proving some assumptions wrong, they’ve popped up with more news this week, saying that Perfect World – publishers of various free-to-play MMOs – have partnered with Motiga to bring the shooter-MOBA back to life. This also means that it will now be available on all Windows platforms, rather than just 10.

Perfect World will officially act as publisher for the game, bringing it to Xbox One and PC soon. There’s no new release date announced, but Chris Chung, CEO at Motiga, says the launch is “upcoming” in his statement about the partnership.

Gigantic joins Perfect World’s suite of games like Neverwinter and Star Trek Online, but is the first that doesn’t fit into a broad F2P MMORPG mold. While PW’s track record on pay to win and exploitative design isn’t spotless, they do create games that are perfectly playable without shelling out your entire bank account. Gigantic will need to follow suit in the ridiculously competitive field.

The announcement comes with its very own trailer, which makes Gigantic look the best it has since it was announced, with plenty of gameplay spliced in between cinematic shots: