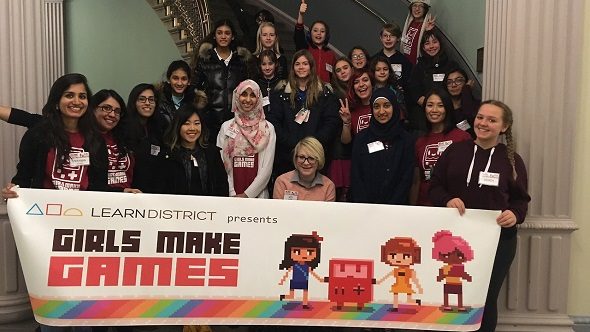 Those guys have been at it again. You know, the ones who say they want ethics in games journalism but actually spend their time shouting at women online – those guys. This time GamerGate have been harassing Alexandria Neonakis, an artist over at Naughty Dog.

This follows a spate of harassment aimed at another developer (also a woman, obviously) who was attacked over Mass Effect: Andromeda’s animations. It was so bad that BioWare had to release a statement.

Basically, an entitled gaggle of goons are, once again, spoiling the image of videogame fans everywhere. Luckily, because the people being targeted are far better humans, the response to this harassment has been a positive one.

After sharing some awful screens showing the kind of abuse she was getting for daring to be a woman in the videogames industry, Neonakis decided she was going to donate to Girls Make Games, a charity organisation that hosts summer camps and workshops for women who want to get into the industry. Because of the skewed gender split – only 12% of the industry are women – it’s important that such a charity exists.

Following the donation from Neonakis, other developers began to follow suit, to the point where thousands of dollars had been raised. Harassment of Neonakis began when she tweeted about the recent attacks against BioWare’s animator, as mentioned above. I also tweeted about the ordeal, but I wasn’t met with a bunch of abuse, for some reason. I can’t put my finger on why…

“I felt so beyond angry on behalf of that former BioWare animator,” Neonakis told Kotaku. “It can feel a little helpless to see this stuff and not feel there’s anything positive you can do. I keep coming back to just trying to be supportive of the women that are currently in it and the women who want to be. I think something like Girls Make Games is so cool because it simply sparks an interest in creating games. Some of those girls will go into tech, some of them will pursue journalism, some of them will just love games and cosplay and be fans.”