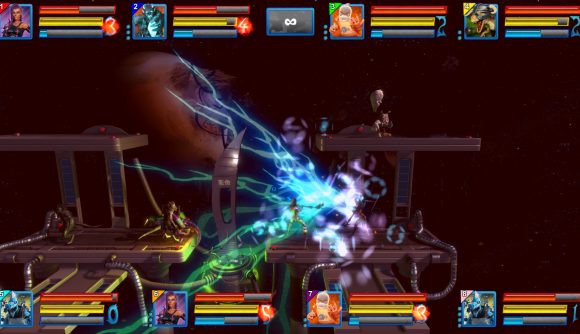 If you’ve recently spent the holidays hearing all about how great Smash Bros. Ultimate is, you’ll be happy to learn that there are alternatives on PC, one of which is Go All Out!, an indie platform fighter that’s assembling what may be the strangest cast of combatants ever. The game announced a few new additions to the roster this week.

Some of Go All Out!’s characters are originals, like blue lizardman Vaako and the ghost/sentient pillow duo Paco & Cool.

Others, though, are guests from other games, and it’s an interesting selection: in the new fighter announcement video below, we’re introduced to Raptor – a helmet-wearing, rocket shooting raptor from Raptor Online, which is a dinosaur combat game on Google Play. Then there’s Cole Black, who you’ll remember from Bandai Namco’s 2017 horror shooter, Get Even.

Go All Out! isn’t confining itself to games for its roster, either – Breakbone is a ‘good-natured bandit’ from the Kayko & Kokosh series of Polish comic books produced in the 1970s and ‘80s. If Smash Bros is the WWE, then maybe think of Go All Out! as one of those local promotions in rural Pennsylvania. 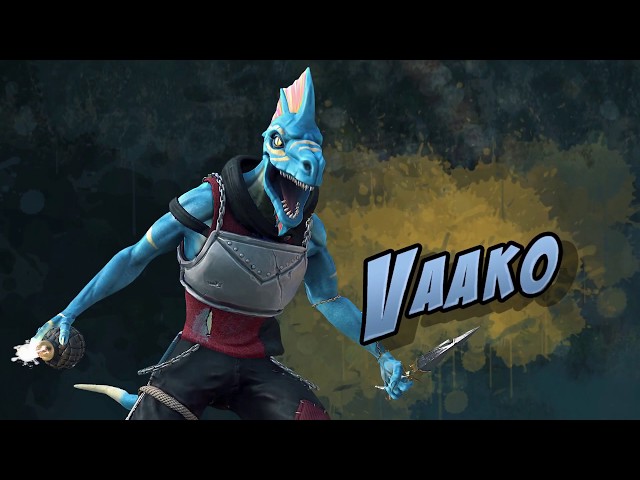 So, bear in mind that Go All Out! is still in early access, so what you’re looking at isn’t the final product. And it’s also good to remember that it’s got an impressive set of features and modes, like online and local multiplayer, split-screen, and unlockable fighting styles.

Button mash: The best games like Smash Bros. on PC

All that said, it’s also fair to say that it won’t be knocking Super Smash Bros. Ultimate off its throne any time soon. Animations are a bit choppy, some of the stages are tough to look at, and Cole Black notwithstanding, the roster still needs some work.

Still, I like the gumption behind Go All Out!, and it’ll be fun to see who else they’re able to add from the indie and triple-A spaces, not to mention classic comic book characters. Personally, I’m hoping to see Marlow Briggs make his fighting games debut one of these days.