Looking for the Godfall PC release date, whether we can expect a potential Steam launch, and what kind of experience awaits you? Gearbox has carved out quite the niche for themselves as purveyors of all things loot-related. The Borderlands series’ increasingly absurd arsenal of lootable weapons started it all off, and now the studio is turning to publishing for Godfall, a bright fantasy action-RPG being made by Counterplay Games. While making the combat feel suitably crunchy is a key focus for the studio, lootable weapons and armour are just as important.

As one of the first next-gen games to have been shown off, a lot of eyes are on Godfall. Fortunately, Counterplay Games’ looter-slasher is also coming to PC via the Epic Games Store, so we’re not being left out of this one.

So far we’ve only had a few glimpses of Godfall’s combat and loop, plus the details from developer interviews. Join us as we round up all of the essential Godfall details, from the PC release date and trailers, to its potential Steam launch, gameplay information, and more.

What is the godfall release date?

The confirmed Godfall release date for PS5 and PC is Holiday 2020. Unfortunately, that’s not a solid launch date, but at least we know it’s coming this year. Of course, there’s a chance that it will be delayed due to the ongoing global pandemic, but for now that holiday 2020 window is sticking. 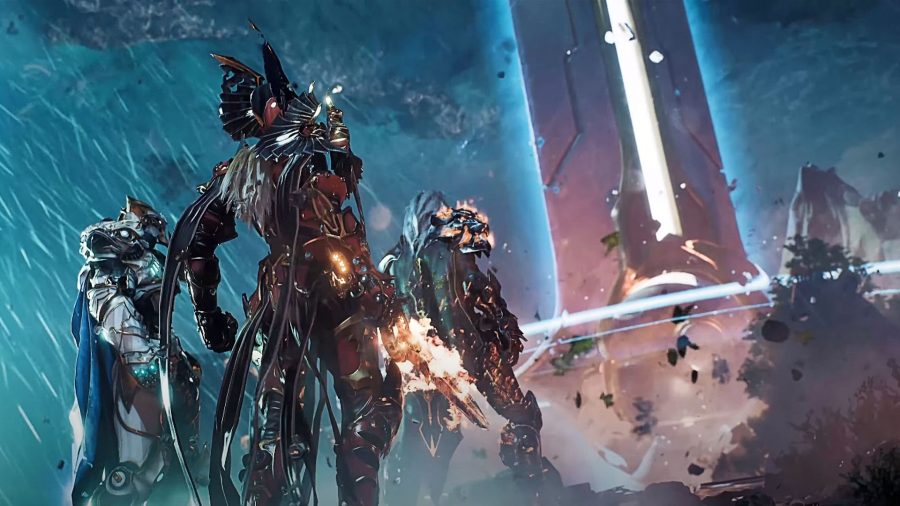 Is Godfall coming to Steam?

The Epic Games Store is currently listed as the only PC platform that Godfall will be coming to, however, as we’ve seen many times over, this doesn’t mean Godfall will not be available on Steam later down the line.

Take Gearbox’s Borderlands 3 as an example. Borderlands 3 originally arrived on the Epic Games Store on September 13 and eventually came to Steam on March 13 – exactly six months later. We can expect a similar arrangement for Godfall.

In the State of Play trailer for Godfall, game director Keith Lee talks about what we should expect from the world Counterplay Games is creating. The team wants to combine action RPG loot progression with melee combat to make a looter slasher. Faced with multiple enemies and dynamic worlds, the combat aims to be fluid and interactive – rewarding you for aggressive plays and well-timed blocks.

The trailer also promises that there will be no microtransactions or “waiting for content” as the game will be fully ready on day one.

In Godfall you can play either solo or in a group of three or four. Your lofty aim is to save the world of Aperion, and as the last of the Valorian knights – equipped with legendary armour called Valorplates – that task is apparently quite manageable.

With four elemental realms to battle through, five weapon classes, shields, up to 12 Valorplates to unlock, and a levelling system to grind your way through, this seems a lot like Destiny meets Dark Souls.

Other details are slowly on their way but we’re imagining that the 12 Valorplates unlock abilities similar to different classes in Destiny. We can also glean from the latest gameplay trailer that there is a diverse mix of weapons available to you, from Dual Swords to Polearms, allowing you different fighting styles for different enemies.

The pace of gameplay is generally slow, with a lot of emphasis on timing your dodges and blocks just right, but you’re supposed to be more aggressive than you are defensive. We can also see a few abilities in use in the gameplay trailer, most notably a shield slam attack that appears to interrupt and stagger opponents in its way. 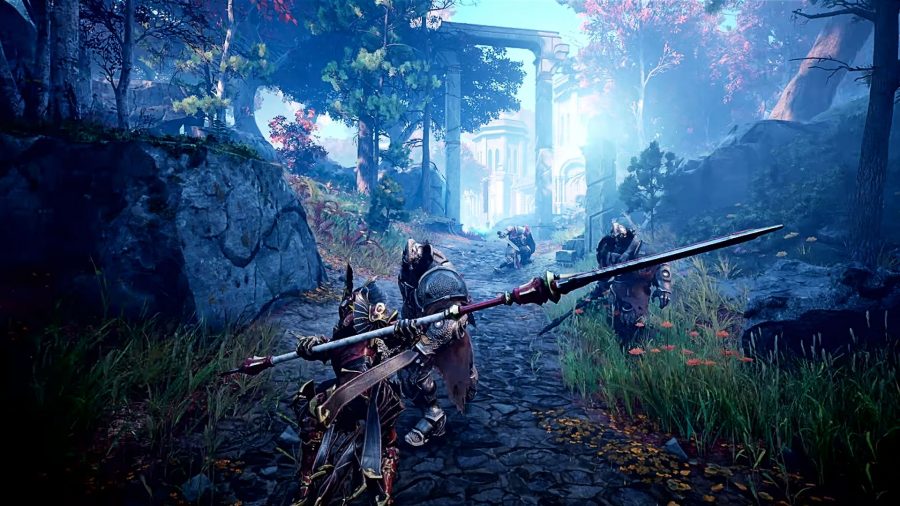 The pace of gameplay is generally slow, with a lot of emphasis on timing your dodges and blocks just right. We can also see a few abilities in use in the gameplay trailer, most notably a shield slam attack that appears to interrupt and stagger opponents in its way. There is also some kind of sword dance attack, which summons a maelstrom of ghost blades that dice anyone close to you.

More like this: Here are the best RPG games on PC

We know there will be boss fights, but we haven’t seen any definite bosses just yet, so we have no idea what to expect from these.

That’s all we know for now. You can find our roundup of upcoming PC games if your’re curious to see what else is on the horizon.