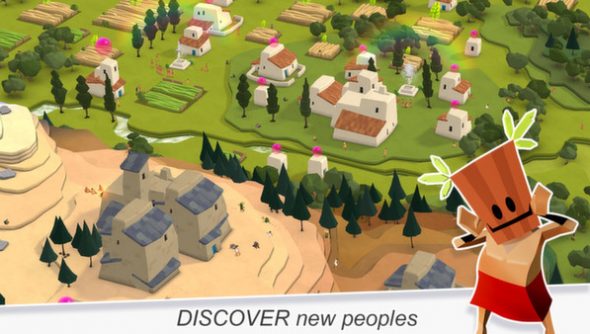 It doesn’t look like Godus is going to be leaving Early Access any time soon, as 22cans have reportedly moved the majority of their team across to work on a completely new game, instead of finishing the game they launched incomplete in September 2013.

It’s okay though, as you can play some good stuff instead by perusing our list of PC’s best indie games.

According to the Eurogamer report, 22cans have diverted almost the entire team to work on their new game, The Trail. Molyneux announced The Trail at the Fun & Serious Game Festival, 2014. Eurogamer say the team at 22cans weren’t aware the announcement was going to happen.

In true Molyneux fashion, he spoke about the massive, world-changing impact his next game would have. “It can be understood at a glance, and it entertains the idea of communication beyond words, by means of music, art, and so on,” Molyneux said at the time.

The Trail will be built in Unity and is expected to be announced and released this year.

As for Godus – now called Godus Wars and with an entire new Steam page, abandoning its bad reviews for more bad reviews – the game’s last update was on March 2 and the last communication on Steam was March 18. That communication was to simply announce a sale celebrating 22cans’ fourth birthday.

Speaking to Eurogamer,22cans CEO Simon Phillips denied suggestions that development on Godus has ceased.”Godus is an ongoing project, on both PC and mobile,” Phillips said. “There’s lots of areas to support on the project, as you can imagine. We have a bit of a rhythm in moving from PC to mobile and so on.

“We shift our resources around depending on what we want to achieve, be that design, PC or mobile code, art resources and so on.”

When pressed on a timeframe for Godus leaving Early Access, he said,”Gosh, it’s still going to be a long process! There’s lots of areas to explore to finish. [There’s] not a fixed time frame right now.”