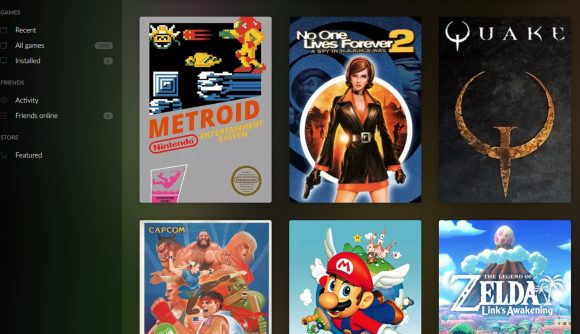 GOG Galaxy 2.0 is a big effort to unify your digital PC game library across launchers like Steam, the Epic Games store, and GOG itself. It launched with support for console platforms through Xbox Live and PlayStation Network, and the latest update expands the potential library in a major way – to “basically any game in existence.”

The second major GOG Galaxy 2.0 update adds a global search feature, which lets you quickly dig through your library to find the games you want. But it also pulls from a broad set of data on – as far as we could test it – every game ever made, and you can use this to quickly, cleanly add titles to your library complete with box art. Game pages even feature descriptions, screenshots, and gameplay video for titles going back decades.

You can link executables to any game you’ve marked as owned, so there’s a simple way to launch those titles. The client will track playtime for any game that’s linked this way, so you’ll finally be able to know exactly how much time you’re spending with, say, all those SCUMMVM emulations.

The new update also brings us a redesigned download view – currently only with support for GOG titles – and new customisation options for grid and list views.

You can see a breakdown of all the new stuff in the video above.

If you want into GOG Galaxy 2.0, you can sign up for the beta on the official site. I’ve been making use of it since the beta first went live, and it’s broadly been fantastic so far – and now that it functions as a full collection tracker, too, I’ll be getting a whole lot more use out of it soon.