GOG Galaxy is now substantially more than a client to manage all your installers from the GOG store. The program now lets you manage your entire digital PC library across every major platform in one place through a combination of official and community-created integrations, and now GOG’s going a step further. You’ll soon be able to purchase non-GOG games through the store, with the benefits of GOG’s 30-day refund policy.

The new beta version of GOG Galaxy (available to a limited number of invited users for now) lets you purchase a limited selection of formerly Epic Games Store-exclusive titles, including The Outer Worlds, Mechwarrior 5: Mercenaries, Mortal Shell, Foregone, and Maneater. In a press release, GOG hints that titles from other stores will be coming, too, but does not name anything beyond Epic.

Epic titles purchased through GOG will still be activated through an Epic account, though you’ll be able to launch the games through either the Epic Launcher or GOG Galaxy. The big benefit is that these purchases will be covered under GOG’s refund policy – not Epic’s.

Epic’s current refund policy allows you to return any game within two weeks of purchase, as long as you’ve logged less than two hours of playtime with it – the same as Steam. GOG offers a much broader 30-day policy with no official restriction on playtime. 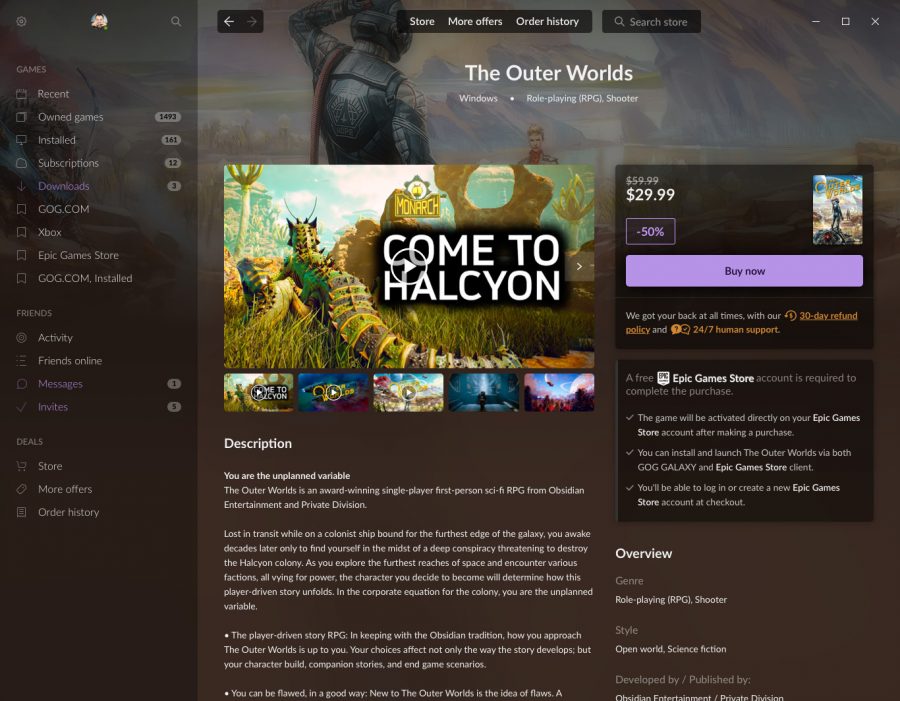 If you’re looking for some free GOG games to fill out your library before more official integrations land, you know where to click.