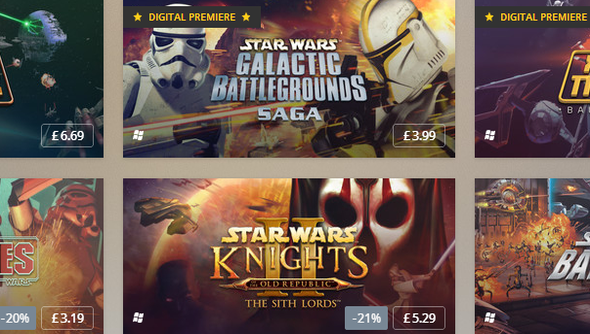 Good Old Games is flaunting some new stock from a galaxy far, far away. Six Star Wars games from the LucasArts classics are on offer today, including Battlefront II, Knights of the Old Republic II and X-Wing vs. TIE Fighter.

Here’s the full breakdown of what you can pick up today:

The latter three are notable, because they mark their debut as a digital distributed game. They’ll join the rest of the LucasArts games that were added back in October last year.

So all you young ones out there who never had the pleasure of playing the X-Wing sequels, well, there’s no excuse now.