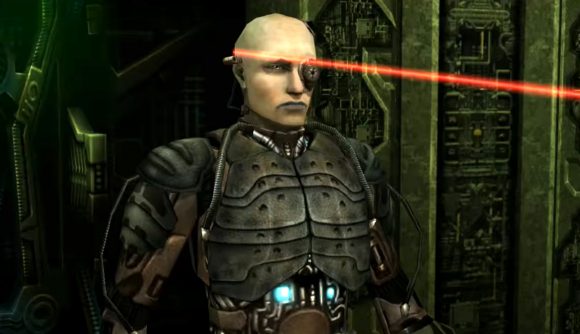 A number of classic Star Trek games could soon be getting a re-release on GOG, despite the titles being delisted for many years. The games include such well-regarded names as Elite Force 1 and 2, Armada 1 and 2, and Bridge Commander – from X-Wing and TIE Fighter developer Totally Games.

As spotted by a community member on GameFront, all the Star Trek titles published by Activision have recently undergone a facelift on GOG’s digital client GOG Galaxy. Users can view temporary pages for many games not released on GOG using the Galaxy client, and these are usually very basic with maybe a screenshot in the background at best.

However, the pages for most of Activision’s old Star Trek games have all recently had their game cards updated with proper artwork – complete with brand new CBS copyright watermarks, the company that currently owns Star Trek. According to GameFront, the last time something like this happened was with the recent Tomb Raider games – right before they all got added to the GOG store.

To check for yourself, load up GOG Galaxy and search for ‘Star Trek’, then compare the temporary pages for the Activision games listed below with other Star Trek titles such as Shattered Universe, Invasion, or even 2013’s JJ Abrams Star Trek tie-in – the difference in backgrounds, at least, is quite striking. The games possibly getting the re-release treatment include:

The Elite Force FPS games made by Raven and Ritual in particular are two of the best Star Trek games ever made, and the Armada RTS games are a lot of fun too. Unlike Star Wars, Star Trek has always been terrible at preserving its gaming history, so hopefully fans will be able to pick up these games again soon.