The 2020 GOG summer sale has arrived and, oh boy, are there a lot of deals and discounts to be had across the store. The videogame digital distribution platform’s seasonal three-week-long sale includes over 3,000 deals with up to 95%. Phew. In addition to this, there are seven playable demos for upcoming PC games, including: Desperados III, Destroy All Humans!, System Shock, Spiritfarer, Vagrus – The Riven Realms, Carrion, and Cris Tales.

Head to GOG’s homepage and you’ll see a selection of some of the best PC games included in the store’s summer sale. We’ve tried to ensure we’ve covered as many genres as possible, so expect some representation from the strategy, narrative, stealth, shooter, and RPG genres below. We’ve also tried to be accommodating of budgets, so the games we’ve included range from over $30 to just under $5.

And in case you’re fussy about DRM, everything on GOG is DRM-free, so that’s one less thing to worry about. Join us as we scour the storefront for the best deals of the bunch. 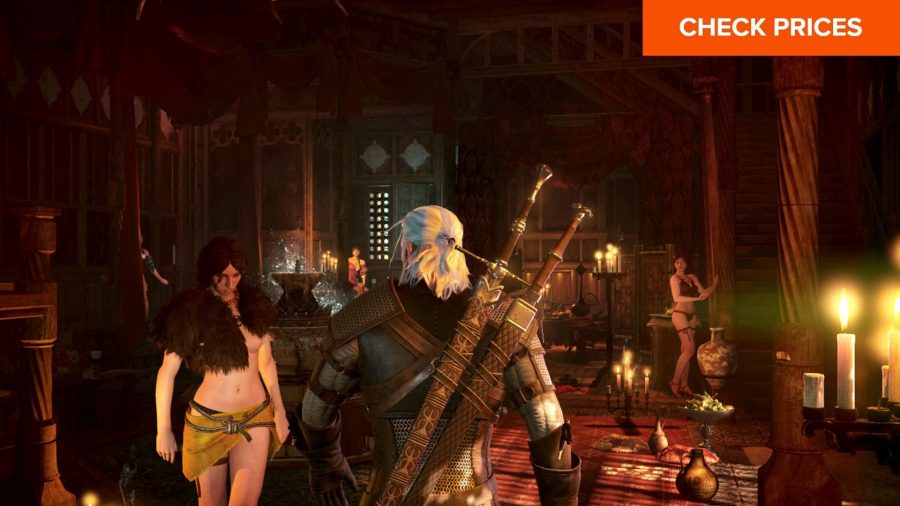 Whether you want to start at the very beginning, sample the rich fantasy world through Thronebreaker, or check out the wildly popular The Witcher 3, the choice is yours. 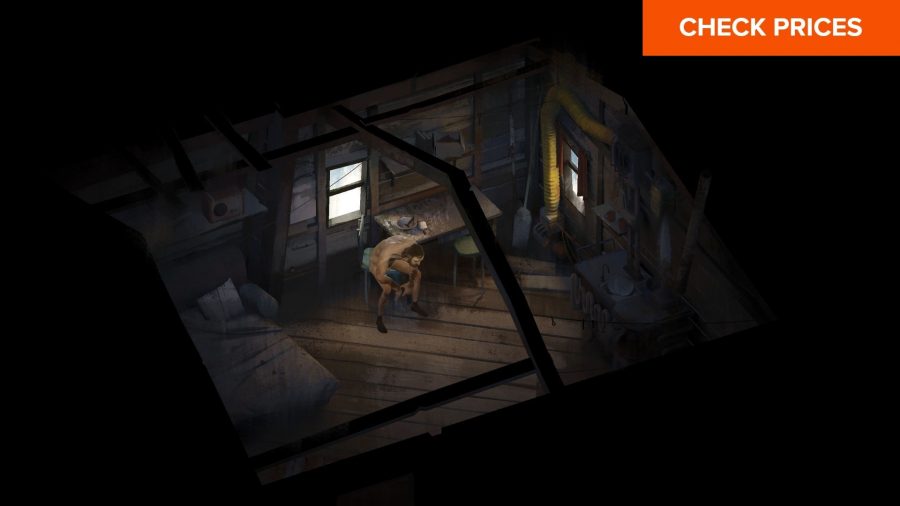 Very, very few games have received as much praise as Disco Elysium has – our Rich gave it a 9/10 in his Disco Elysium review. With some of the best writing we’ve seen in videogames, and a truly unique role-playing approach that eschews typical RPG character builds for a system where you build your own psyche – Disco Elysium is like no other RPG we’ve played. 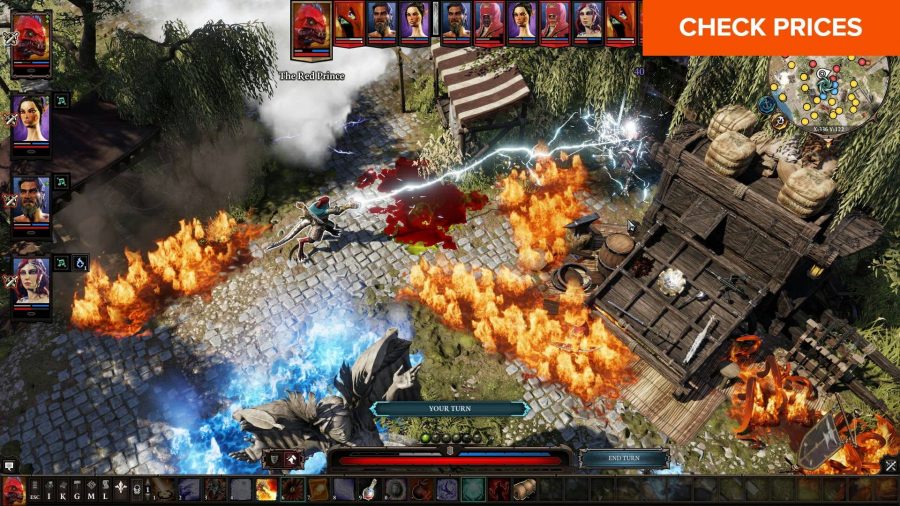 Player freedom is at the forefront of Divinity: Original Sin 2 – if you think you can do it, then you probably can. Players have pushed this to its boundaries, defeating bosses by repeatedly dropping heavy objects on them or turning them into chickens. If you’re looking for an RPG that can ape the endless freedom of a D&D game then look no further than Divinity: Original Sin 2. 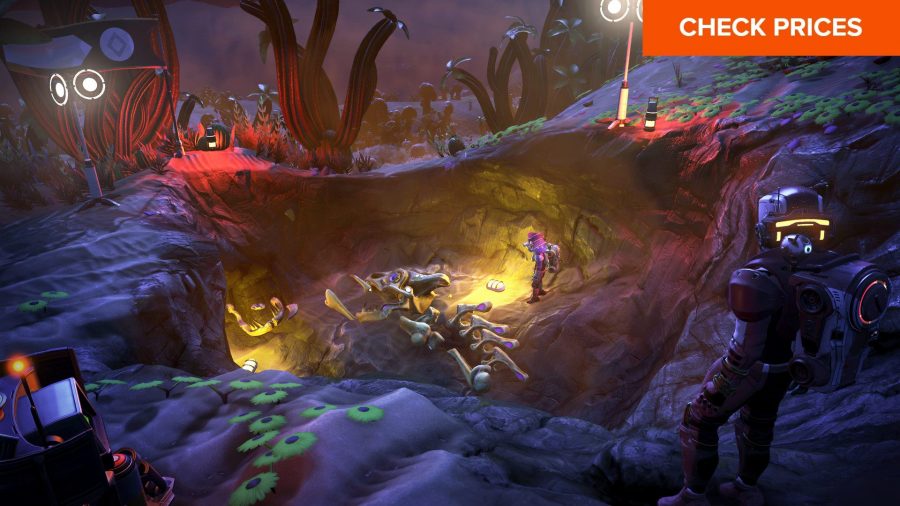 It may not have experienced the most, er, positive launch, but after countless updates and expansions the universe-sized space exploration game is one of the best space games around. Ten major updates have added everything from sprawling player-made bases and underwater exploration, to giant mechs and 16-player multiplayer sessions – so there’s never been a better time to dip your toes in. 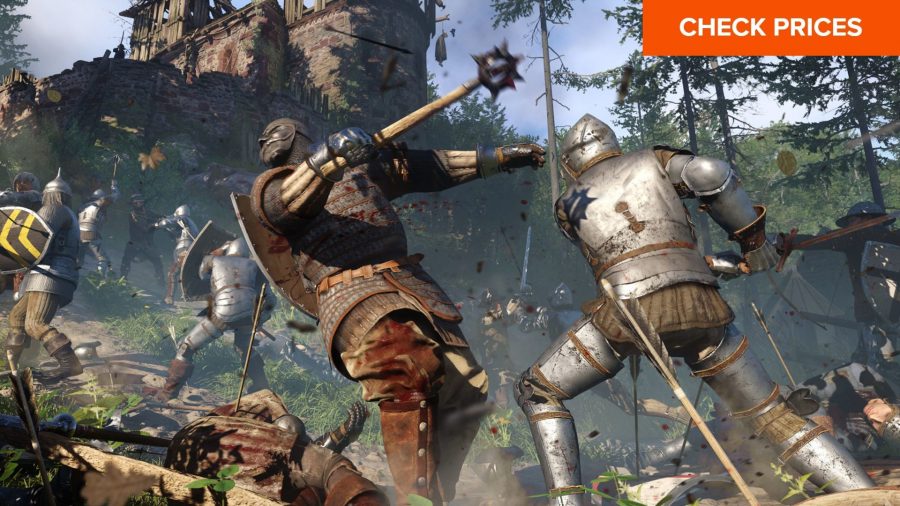 A rare RPG that ditches fantasy for realism, Kingdom Come: Deliverance drops you into a devastating civil war in the heart of medieval Europe. Its versatile sword-fighting mechanic and painstaking attention to detail in its armour and equipment puts a different spin on character development. So if you’re tired of pointy-eared beings dumping lore on you or getting hit by an errant fireball, then a 50% discount makes Kingdom Come: Deliverance a tantalising prospect. 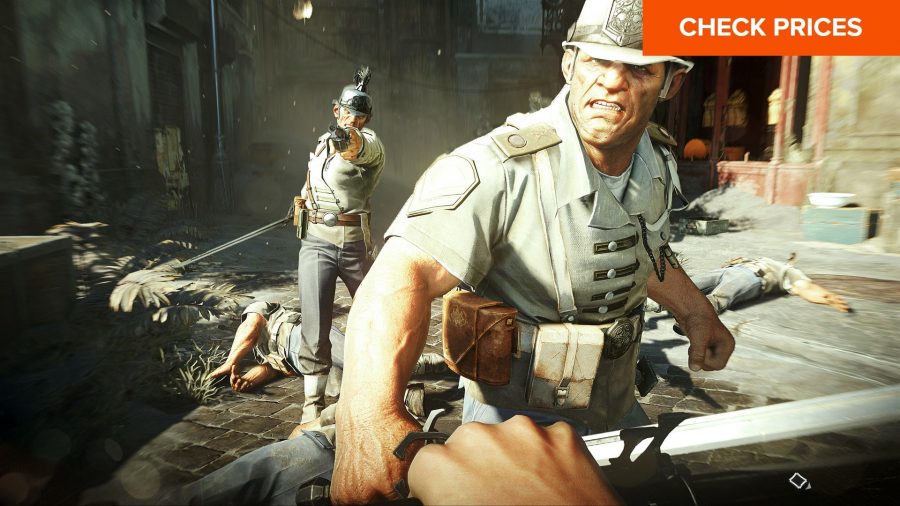 If you like stealth games and you haven’t played Arkane’s immersive sim series yet then you really, really owe it to yourself to try out these stealth ’em ups. Across both games and their DLC you’ll explore dark, twisted cities, looking for sneaky routes, unconventional assassination methods, and trying to string together the perfect stealth run. You can slay every guard in a level, or none at all, and with the wide array of powers and tools at your disposal there’s endless scope for creative killing. 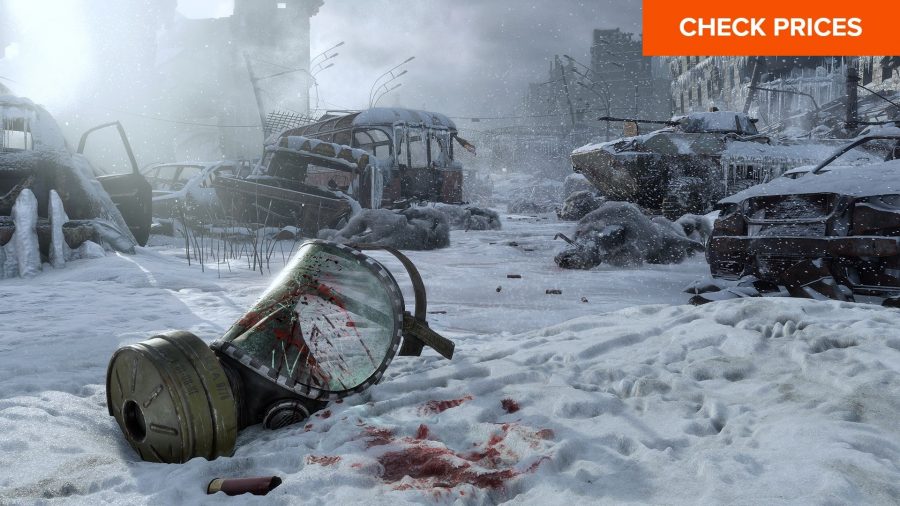 Moving onto this roundup’s first proper FPS game, Metro Exodus takes the iconic apocalypse games series out of the dark, dank, claustrophobic setting of Moscow’s metro tunnels and dumps our survivors in the cold wastes of a nuclear winter. Turns out it’s just as scary above ground with flying demons mutants tracking your every move – still, at least you can /see/ the monsters before they maul you to death. 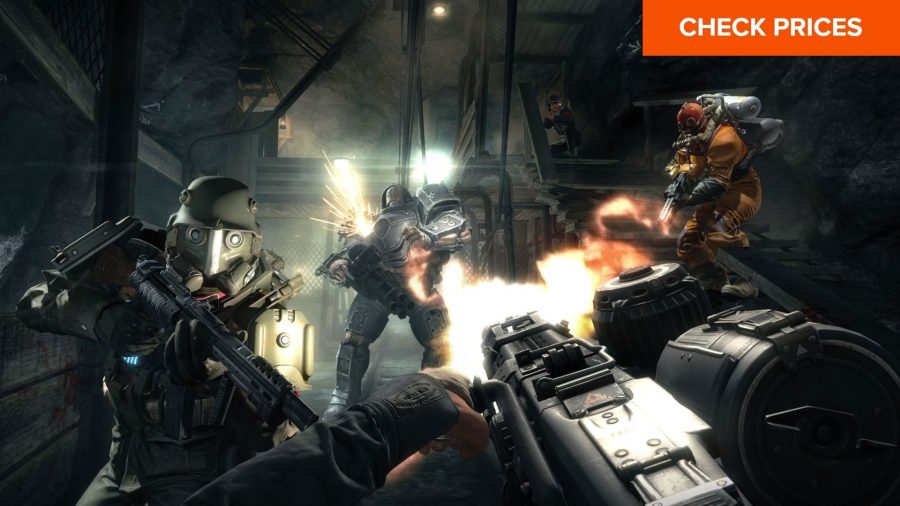 Speaking of FPS games, here is perhaps the best corridor shooter of the last decade cobbled together with the best FPS DLC of the last decade – with 70% off. Wolfenstein: The New Order is exactly how you reboot an ageing series, updating and recontextualizing the story and characters, while keeping the same energetic FPS gameplay. The DLC, The Old Blood, adds another few hours of Nazi-slaying but deserves special credit for its breathless descent into a zombie apocalypse. 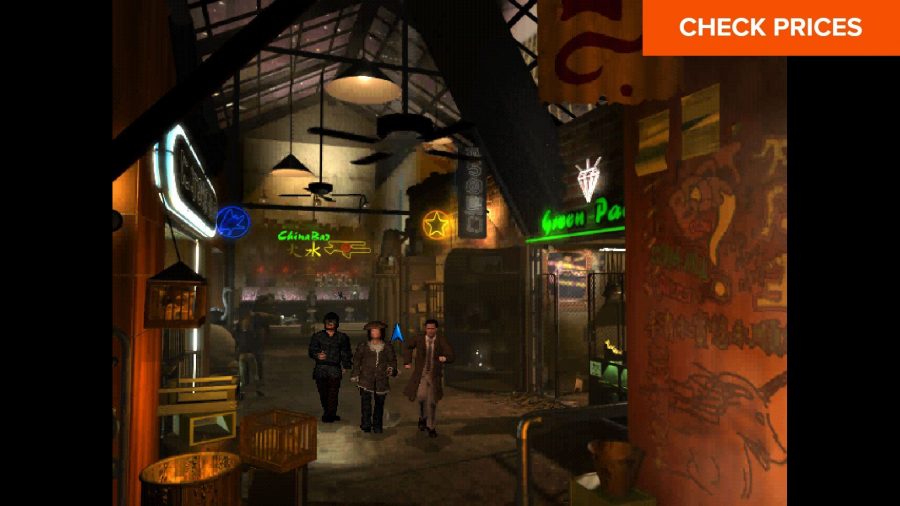 For years the official Blade Runner point-and-click adventure game was pretty difficult for PC gamers to buy and then get working on modern rigs. GOG resurrected the classic in 2019 so it’s now available digitally, so if you’re a fan of the movies, futuristic dystopias, or cyberpunk visuals then this should be high on your priority list. 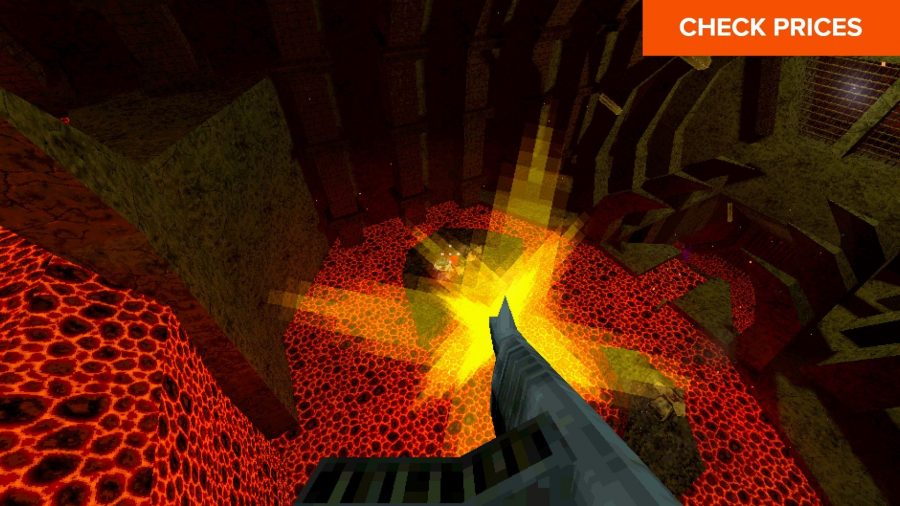 This retro-styled FPS takes a little bit of magic from every iconic ’90s first-person shooter and distils it into one of the best shooters ever made. The obvious inspirations like Doom and Quake are easy to spot, but there’s plenty of Half-Life, Heretic, and Blood to be seen in its level design and gameplay. Plus, with a crunching metal soundtrack by Andrew Hulshult you know you’re in for a good time. 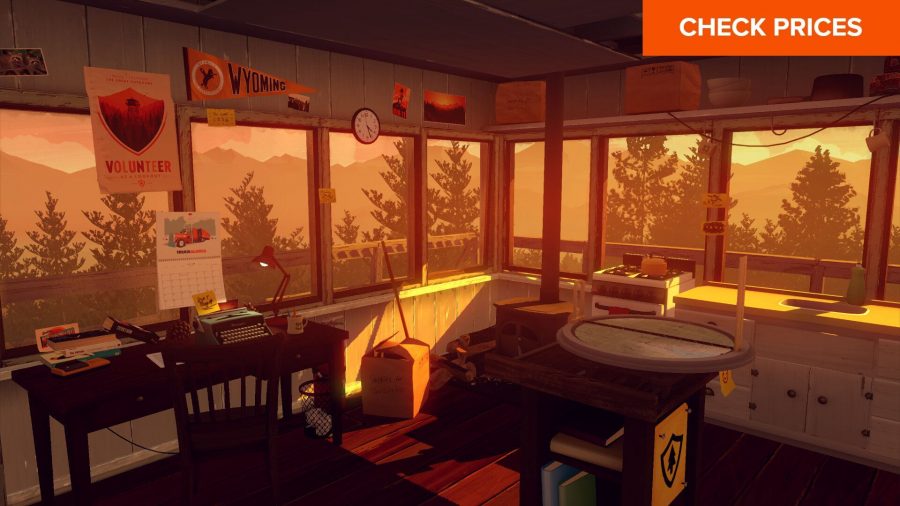 Firewatch is one of the best story games around, with convincing writing, affecting voice acting performances, and dreamlike art direction all contributing to the emotional impact of its narrative. 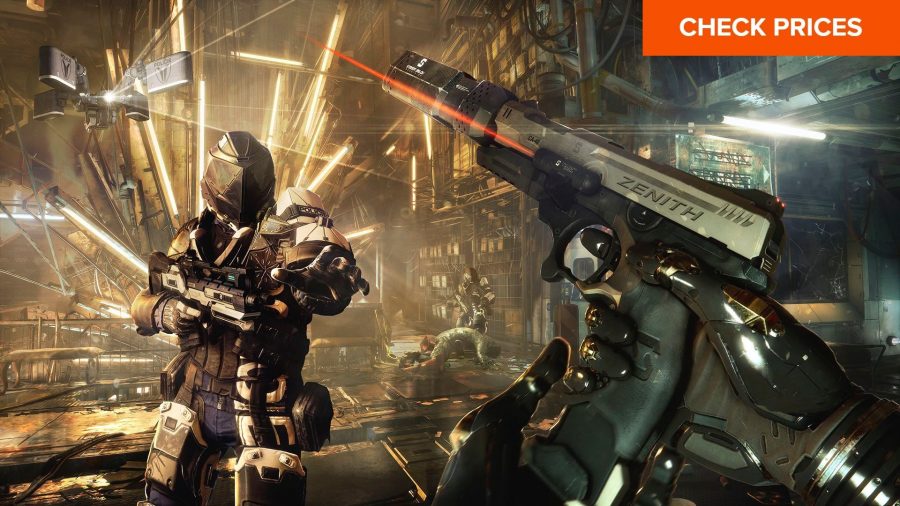 Choice-drive, stealth RPG gameplay has always been at the heart of the Deus Ex series, but the missions, tools, and intricate level design of Mankind Divided make it one of our favourites. This is one of the most carefully designed and interactive game worlds in recent years, and Mankind Divided always makes sure to reward your exploration, whether that’s in the form of a great story, or some powerful new loot. 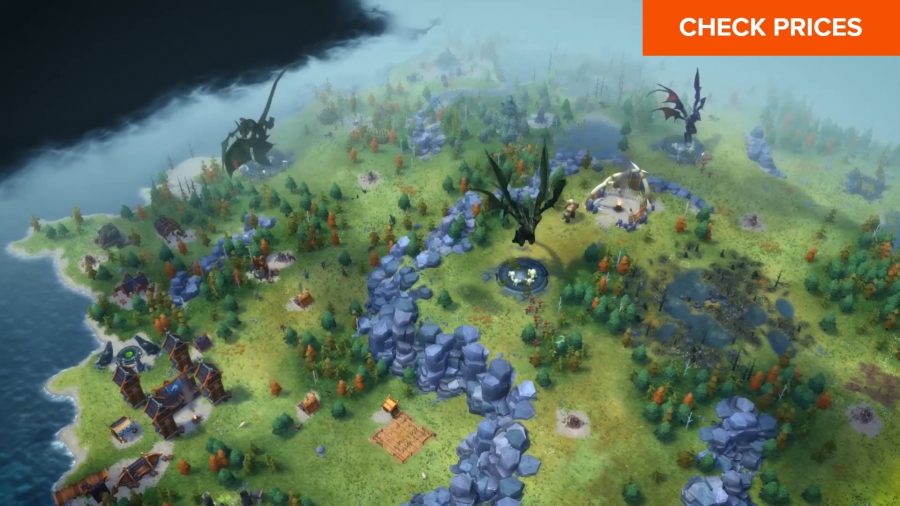 Viking games and RTS games rolled into one gorgeous, well-paced package. In Northgard you pick one of several clans, each with its own aims, strengths, and weaknesses, and help them settle on a mysterious new continent. There are more pedestrian win conditions like fame, domination, and wealth, but few strategy games boast victory types inspired by Norse mythology, like uncovering and conquering Yggdrasil or the gates of Helheim. Updates have added new clans, enemies, and even a map editor. 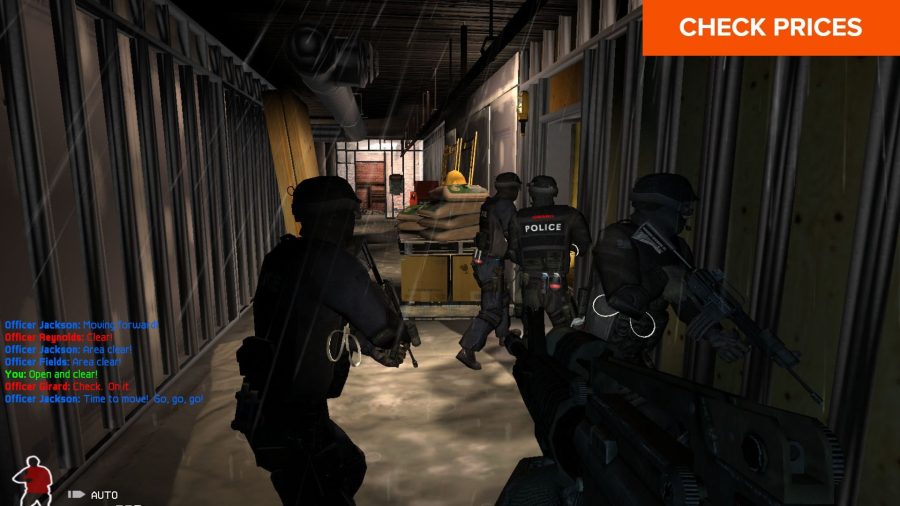 If you can’t stomach the competitive scene in Rainbow Six Siege and want a proper single-player or co-op tactical FPS then Swat 4 remains the best option, even 15 years after its launch. Unlike most games of its genre, your ideal goal in Swat 4 is to keep everyone – enemies and innocents alike – alive. The visuals may have aged, but Swat 4 still captures the tension of a raid, with a single mistake often causing your fireteam the whole mission.

And there you have it, our picks for the best GOG summer sale deals. We’ve tried our best to include a little something for everyone’s tastes, but there are plenty more discounts on the store to choose from.