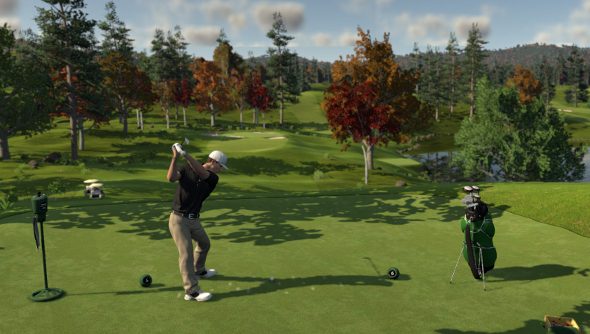 Yesterday, Steve stepped up to the tee and dispensed his hands-on impressions of The Golf Club. If it sounded like something you’d like to hit a few balls on, then you’re in luck, since The Golf Club, with its impressive course creator, launched today.

£26.99/$34.99 is what you’ll need to throw Steam’s way if you want to launch tiny balls across impossible mountains or into groups of unsuspecting deer.

The main draw is undoubtedly the infinite amount of courses. The game can generate new, random courses for virtual golfers to muck around in, and there’s an editor if you want to get more involved. Want to slap a giant great mesa in the middle of the course? Go for it.

Here’s what Steve thought: “Despite feeling more than a little barebones, there’s a solid foundation of a golf game here that dispenses with the flashy UIs and player customisation. Fans of the sport may miss the frills and pinging power bars to which they’ve become accustomed in other titles, but by opting instead to distil the act of swinging a thing to hit a thing into a thing down to its rawest essence, The Golf Club feels uniquely focused. That, and it has a rather good name too.”

Golf is an eldrich sport filled with ancient rituals like blood summoning and animal sacrifice, and that can make it a bit complicated. Conveniently, HB Studios has put together a massive number of tutorials for prospective golfers to devour.

Here’s one on how to make a golf course the appropriate level of firmness:

The nemesis of all golfers, the alligator, also makes an appearance: 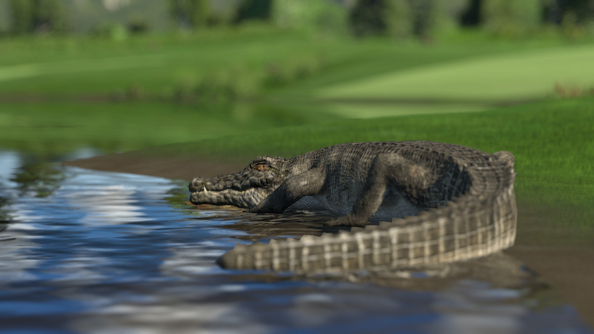