Google has finally published a paper unearthed last month that claims it has reached quantum supremacy. Using its Sycamore quantum processor, the tech giant claims to be able to complete a complex task – attempting to check whether a number is random – in three minutes and 20 seconds, roughly 10,000 years faster than a classical computer.

Published in Nature’s 150th anniversary issue (via BBC), the team behind Sycamore now claim to have reached quantum supremacy – the point when a quantum machine can outperform a classical one. Google CEO Sundar Pichai has called the breakthrough “the ‘hello world’ moment we’ve been waiting for” and equated it to the first rocket that successfully left the Earth’s gravity.

Quantum supremacy is, however, a bold claim. IBM is one of many companies developing quantum computers, and has addressed Google’s claimed breakthrough in a blog post. “In the paper, it is argued that their device reached ‘quantum supremacy’ and that ‘a state-of-the-art supercomputer would require approximately 10,000 years to perform the equivalent task.’ We argue that an ideal simulation of the same task can be performed on a classical system in 2.5 days and with far greater fidelity.”

Google’s paper was briefly published, by accident, last month on the NASA website, which similarly spurred on IBM to comment on the legitimacy of Google’s claim.

We now know that Sycamore was built with 54 qubits. However, it was only truly running 53 due to malfunction when it took on the computational challenge.

Quantum computers differ from classical in that they operate outside of the two binary states. At their core are qubits, quantum material that can exist in a superposition of states, and made possible thanks to entanglement. With an immeasurable combination of states available to them, quantum computers can operate at computational speeds far beyond the realm of even the best CPUs going. Or at least in theory. 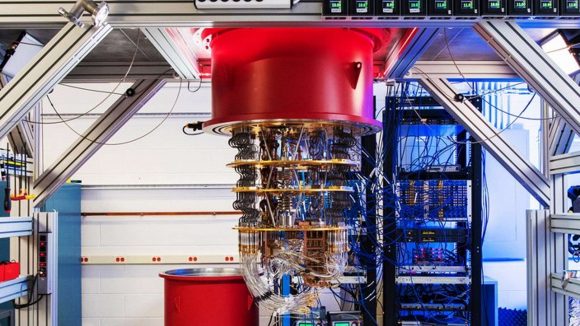 In practice, these machines are delicate, complex, and expensive. While money rarely halts ambition for big tech, quantum noise will. Attempting to correct errors in quantum calculations through noise, or outside interference of any kind, demands many qubits dedicated to error-checking. As quantum computing power increase, so too does the machine’s complexity.

We’re still decades out from a quantum PC that offers a application-specific advantage outside of the lab. However, whichever way you look at it, Google’s announcement is a significant milestone, and one that will resonate with the entire tech industry.