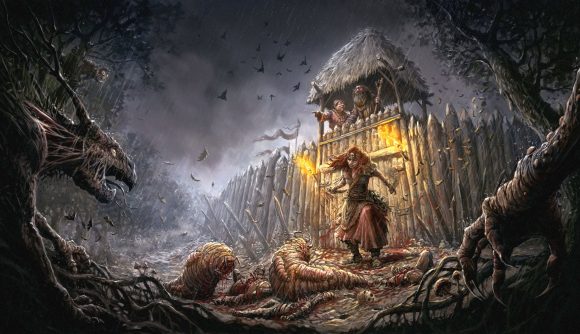 Gord is an upcoming dark fantasy strategy game from Polish studio Covenant, which was founded by former Witcher 3 producer Stan Just and announced last year. Drawing on Slavic folklore, the game will feature “developing societies, eerie forbidden lands, and remarkable mythical creatures”, as its Steam page teases. Ahead of its arrival sometime this year, there are some new details: a cinematic trailer, a chat with Just about Gord’s setting and gameplay, and news that indie game publisher Team17 has partnered with the game.

Team17, which is known for publishing indies like Hell Let Loose, Overcooked, and The Escapists, among others, has announced this week that it’ll be working with Covenant to bring Gord to PC. To coincide with the news, the devs have launched a new cinematic teaser trailer called ‘The Prayer’, which gives us a taste of Gord’s world.

A lone figure sits in a night-time forest, praying to the God of the Sun, Daboh, for aid and for his people’s souls to be saved. His prayers are soon interrupted by a terrifying, otherwordly figure, though, who seems to be cloaked in shadow and bear a crown that looks like like gnarled tree branches.

In the talk with Stan Just on IGN’s YouTube channel (also below), we gain more of an insight into what the game’s all about. The game director highlights his belief in focussing in on “even the smallest details when it comes to worldbuilding” to create a great game as well as a believable world for players to dive into – however spooky and darkly fantastical its setting. We get treated to a good look at some more gameplay and concept art of the game’s fantasy creatures, too. One that really stands out is a ferocious, two-tongued reptile with branch-like horns and a spray of long-grass growing from its back and tail. 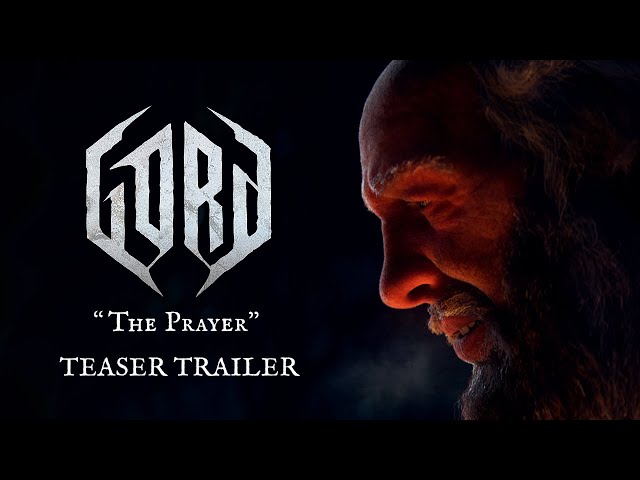 In terms of gameplay, “Gord is a combination of all our favourite elements from the strategy genre,” Just explains. “There’s adventure and questing, city building, survival, character development, and community management. We are creating this atmospheric, dark fantasy universe by putting the player in charge of a small community that needs not only to survive in the wilderness, but complete certain objectives.” While you’ll see familiar strategy mechanics such as combat and building, random encounters, raids, and “unpredictable events” will also be an important part of the game.

While adventuring, city building, and character development will sit core to Gord’s gameplay, “the player will be asked to reckon with a lot of real-world themes alongside dark and confronting subjects”, too – though these won’t be the main focus. You’ll find a bunch of mechanics inspired by other games in the fantasy and strategy genres, such as progression-changing, upgradeable structures, limited-building space, grim moral choices, and even a sanity system that affects your townsfolk. 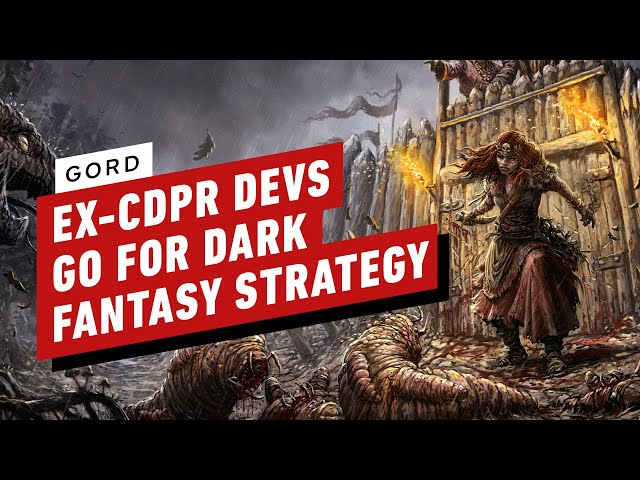 There’s plenty more to hear and see about Gord in the clip above, so do give it a look if you’re curious to find out more. There’s no set release date for the game just yet, but it’s due to drop sometime in 2022.