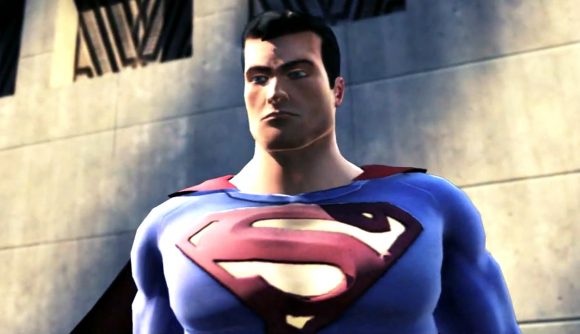 While there’s still no Gotham Knights release date other than this year, there are seemingly further hints that studio Warner Bros Montreal is already working on “a new triple-A title” – which has long been rumoured to be a Superman game. But is that what’s really happening?

In June last year, several job listings were spotted at Gotham Knights and Batman: Arkham Origins studio WB Montreal that mentioned “a third-person open-world action game” and “a new IP, triple-A title”. While a new IP was suggested, it could be a Superman game or another title that’s unconnected from previous DC Comics games – like the Arkham series.

Now a new job listing has appeared for a Senior Gameplay AI Programmer (as spotted by @FaizShaikh7681 on Twitter) that once again specifically mentions “a new triple-A title”. This, of course, has prompted fans towards hoping for a Superman game once again – especially since the announcement last month of a Wonder Woman game. Unfortunately, in this instance, there may be a complication.

As pointed out by James Sigfield on Twitter, WB Montreal also supports other Warner Bros studios, so it’s entirely possible that this new title isn’t specifically the studio’s next game. In fact, WB Montreal has already been working on its next game for a while, but it’s quite possibly on hold until the studio finishes Gotham Knights – so, we’ll probably have to wait until after Gotham Knights releases before we find out more about the developer’s other game in production.

Something to keep in mind when reading WB Montreal job postings is that they are also a support studio. They work on pretty much all WB Games in artwork, animation, programming, etc.

When a job posting mentions “game development team” there’s a high chance it is for that. https://t.co/JdsoBtVl22

At the moment, the only upcoming game from WB Games where Superman is guaranteed playable is the publisher’s Smash Bros-like fighting game MultiVersus – although a corrupted, evil Superman will feature in Batman Arkham creator Rocksteady’s Suicide Squad: Kill The Justice League.