Grand Tactician: The Civil War is a highly ambitious American Civil War game that’s just left Steam Early Access. Its scope and ambition is right there on the table. This is a grand strategy game dedicated to America’s notorious civil war, encompassing almost the entire North American continent, with logistics, economics, and strategy sitting on top of a real-time combat layer in which armies fight it out over large 3D maps.

Developed by a small team led by Oliver Keppelmüller, this is one of those indie projects that simultaneously blows you away, but also leaves a bittersweet aftertaste as you discover all of the rough edges waiting to be ironed out, even after 13 months in beta.

The vision of this game is incredible; it sets out to offer a Hearts of Iron-style experience dedicated to this one conflict. You can choose to fight the entire war, starting just before fighting breaks out in 1861, or you can choose start dates in later years up to 1864, with each offering a different strategic set piece to engage with. But for all the praise I could and will heap on it, and much though I may feel like an asshole for pointing out flaws in indie passion projects like this, it does have quite a few of them, and it’s worth being honest about that.

The frontlines map mode doesn’t seem to work, the field guide isn’t as helpful as you need it to be, the pre-war build-up in 1861 is static and uninteresting. Then there’s the fact that AI pathfinding in battles is kind of clunky, and the economic and policy systems are just kind of there – the former doesn’t have any significant bearing on how you play the game, whereas the latter doesn’t explain itself very well. It seems to want to act as some kind of tech tree to pace the progress along historical lines. 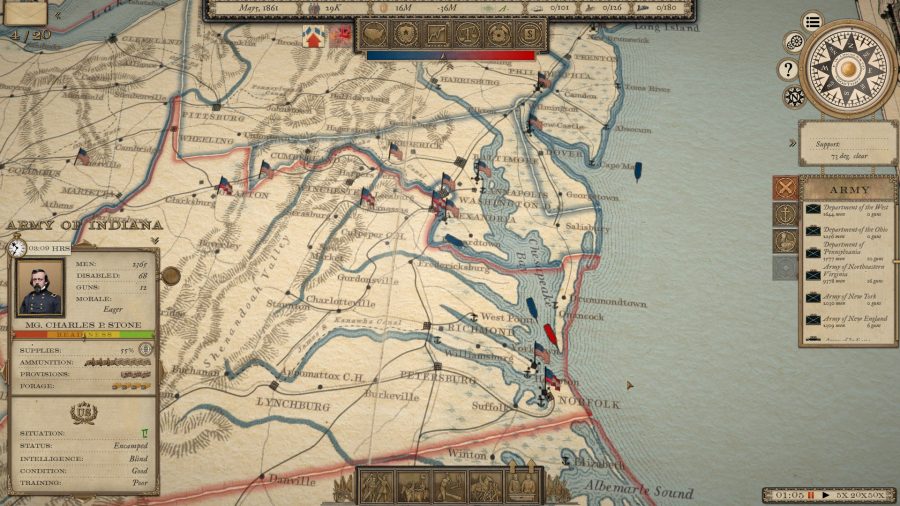 But for every flaw, there’s a gem. For every irritated tic, a moment of joy. Arranging your forces’ order of battle is an armchair general’s wet dream. The delayed order mechanics are a welcome change from the norm, even if they take some getting used to. I imagine for American Civil War aficionados the effect is perhaps more pronounced and the details appreciated to a greater extent.

I had a wonderful encounter in my first real-time battle. As the Union, I had one infantry brigade guarding a bridge crossing – the same crossing that the Confederate AI tried to ram their whole army through. This single brigade managed to hold the line until I could get more troops in the area, although I was still vastly outnumbered. A well-timed charge from a reinforcing brigade, plus flanking from another crossing, allowed me to wipe out an entire enemy brigade and force the entire army to retreat.

On the campaign map – while I wrestled with various mechanics around readiness, movement, and logistics – I managed to advance deep behind enemy lines, pincering Confederate armies at will and generally having my way with the west coast. The game doesn’t make it easy at times, but there is magic to be found here if you have the patience. 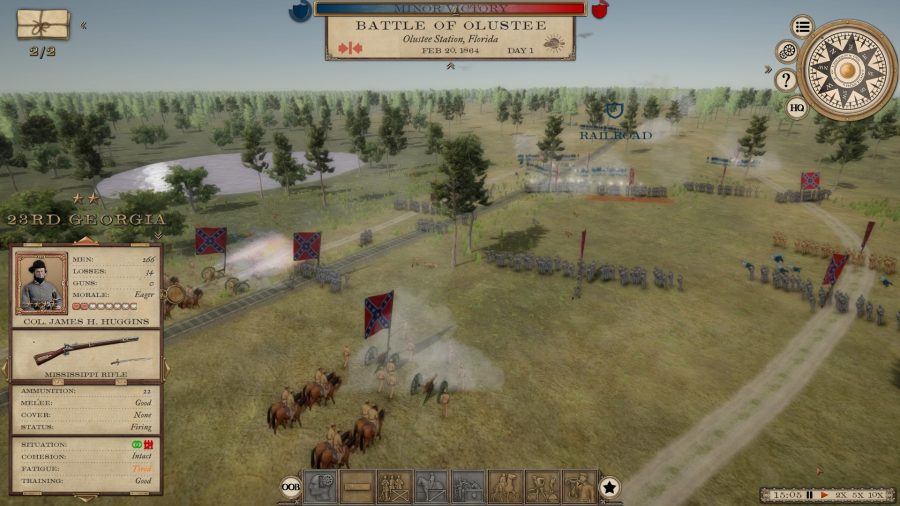 On balance I think it’s fair to say that while Grand Tactician is Good(™), it’s a bit raw. Tutorialisation is currently delayed because the game keeps evolving, and there’s a fair amount of work left to do on the AI. These feel like fairly fundamental things to still be working on, once again raising the old Early Access canard of customer expectations and when a game merits a ‘version 1.0’ label, but let’s not get into all that again here.

On balance Grand Tactician is good, but also still a bit raw

The official post-release roadmap states the developer will focus on more maps, mechanics that let you affect economic development, and rare weapons, along with visual improvements and other new features.

This all sounds neat, but I would hazard to suggest there are other areas in need of attention. I don’t actually think economics plays a meaningful role in this conflict or this game currently, so as a system it might as well be abstracted away further. It’d be cool if the 1861 start date offered the chance for pre-war manoeuvring and changing the starting conditions, but at the moment all you do is either wait for the Confederacy to start the war as they did historically, or choose to start it early yourself, depending on who you’re playing. 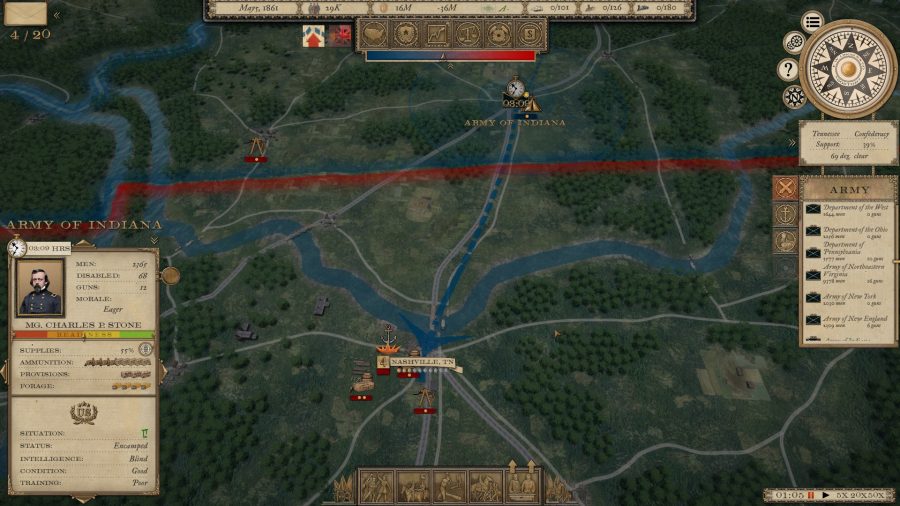 There are plenty of other things that will likely be improved over time to make Grand Tactician feel less clunky. It’s the quintessential diamond in the rough, and I hope that both the developers and the fanbase have the patience to see its full potential realised.

Grand Tactician: The Civil War (1861-1865) is available now on PC via Steam. Make sure you check out our sister site Wargamer for more great American Civil War games.