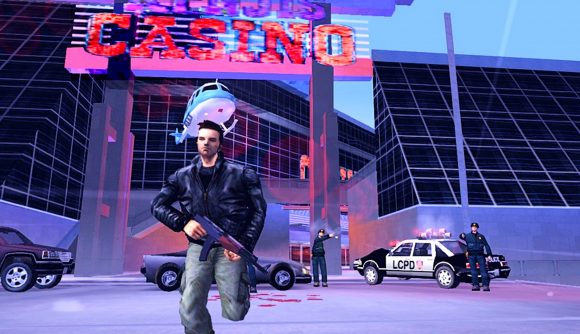 All it takes for a speedrun to come crashing down is one moment of error or bad luck. For one Grand Theft Auto speedrunner, however, it proved to be the latter. Content creator English Ben was attempting a run that would have seen him complete Grand Theft Auto 3, Vice City, and San Andreas in succession but was undone by something that only has a 30% chance of happening. That's bad enough, but then it happened another eight times (thanks, Kotaku).

The speedrunner needed to hijack an ambulance in Grand Theft Auto 3 as part of his run. He had made a mistake previously, so he set up a particular glitch to put things back on track. Any car with a toggle-able side mission would have worked, but the ambulance was close by, so it made sense. English Ben explains that the vehicle only has a 30% chance of being locked, too, so you would have thought the odds would've been in his favour.

The speedrunner then takes an intentional death to respawn the ambulance before the run peters out after a few failed attempts to hijack the darn thing. English Ben was then left to keep trying it to see just how bad his luck was. He works out that the odds of the events in this speedrun are 1/15242, or 0.0066%.

You can watch the unfortunate speedrun unfold below: 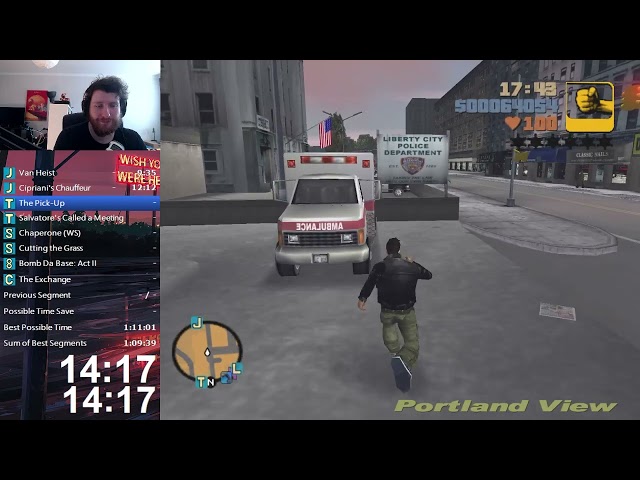 English Ben went into more detail about the event on Reddit, explaining that he couldn’t use the nearby cop car for the glitch because of another glitch he did earlier in the run, adding to the misfortune of all of this.

“I needed the ambulance because I made a mistake and died during a glitch setup (when the sped-up footage stops),” he explains. “I needed to remake a replay in another location, and doing that quickly requires some sort of toggle-able side mission such as paramedic.

Busted: You can buy GTA 5 on PC here

“The cop cars don’t work because of another glitch done earlier in the run that makes vigilante unusable. Technically a taxi would have worked, but the fixed spawn is a lot further away, so trying for the ambulance is the most logical choice.”

If you’re looking for some GTA 5 mods to try out in Rockstar’s latest, you know where to click. Just think twice before trying to hijack an ambulance.