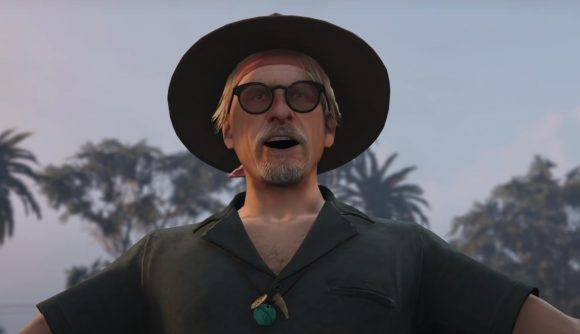 You can now try out GTA Online’s new Cayo Perico Heist update if you’re looking for a bit of fun in the sun during these chilly times. Players have begun to log in across all platforms, and you can expect the download size to range from 8 to 9GB on Steam and Rockstar’s launcher.

The big new addition is the titular heist that whisks you away to a new, tropical island. We won’t spoil what’s coming, but it does involve planning your hijinks in a big submarine, which is exciting. One of the handier new features is that you can do the new heist solo, too. The update also comes with a slew of new GTA Cayo Perico Heist vehicles and weapons. I’ve already seen people stumble across a new shotgun and pistol, alongside various new cars and planes. Oh, and that submarine? It’ll set you back $2,200,000 in-game. I hope you’ve been saving.

It’s not all about the new island, though. There are changes afoot elsewhere in Los Santos, too. The Diamond Casino is getting a new nightclub called The Music Locker. It’ll be home to a “new wave of world class DJs”, and Moodymann, Keinemusik, and Palms Trax have been confirmed to perform so far.

You can catch a trailer down below if you want a sense of what it’s all about:

Our busy guides folk are braving the streets of Los Santos to bring you details of what’s new. They’ve already put something up on how to start the GTA Cayo Perico Heist, if you’re curious.