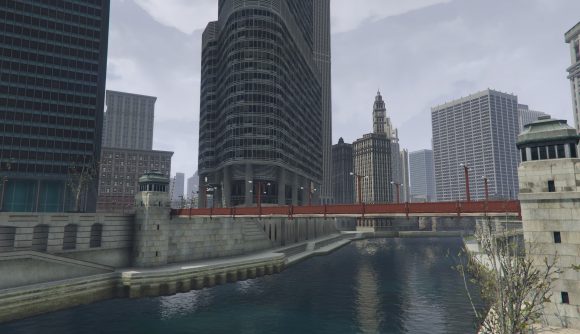 When you think about it, there are surprisingly few open-world games set in Chicago. The city’s wide streets, iconic skyline, and instantly recognizable look all lend themselves to videogames, and yet the only game in recent memory to attempt anything like a full recreation of the 312 has been the original Watch Dogs. Thanks to some industrious modders, now you can head there in Grand Theft Auto V.

Designer Filip Vogleš is working with some modding friends to recreate downtown Chicago in Rockstar’s signature crime game, and the results so far are already impressive. The broad concrete walkways of the Loop and Magnificent Mile look just like their real-life counterparts, and you can stroll down to the Chicago River to watch speed boats navigate the channel walls. Chicago’s public bas relief sculpture and soaring skyscrapers all just look right – it’s an impressive piece of work.

The modders are even including a working version of Chicago’s famous “L” transit train, which runs on elevated tracks above the streets. That’s still a work in progress, but as implemented in the mod right now, it adds a crucial piece of Chicago atmosphere. 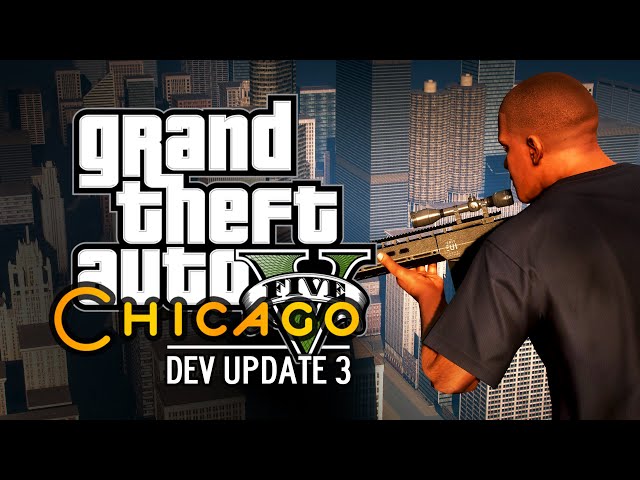 The early build of the Chicago mod is currently available exclusively to Patreon subscribers, but the completed version will be released on GTA5-mods.com.

There are no screenshots yet that show off the iconic ‘Bean’ – the ‘Cloud Gate’ sculpture in Chicago’s downtown Millennium Park – but we suspect that’s on the way soon. There are plenty of other GTA 5 mods out there too, if you’re interested in flying around Los Santos in an X-wing, for example.