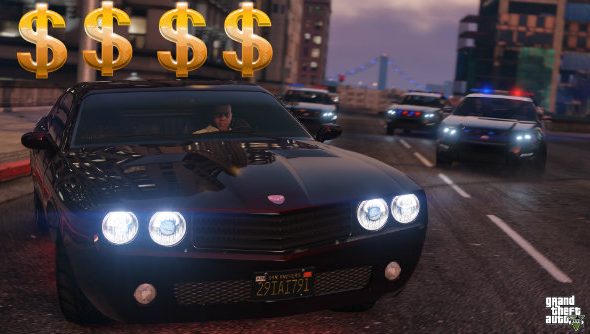 Former lead producer on Rockstar’s Grand Theft Auto series, Leslie Benzies, is currently suing Take-Two Interactive for $150 million in unpaid royalties, and the released court documents have been peeling back the curtain on the usually secretive company.

If you want the full details on the lawsuit, which Rockstar have since countered, you can read our originalpost on the whole controversy. There’s lots of juicy information in the full court document, but of particular interest is page four, article thirteen, which reveals that GTA 5 has generated around $3 billion in sales.

“Mr. Benzies worked tirelessly with his team at Rockstar North for five years to create GTA 4: The Lost and Damned; GTA 4: The Ballad of Gay Tony; and GTA 5,” reads the document. “During that time, Sam Houser regularly referred to Mr. Benzies as his “partner,” sending dozens of emails praising his work and promising to always protect Mr. Benzies’ interests.”

“Emails from Sam Houser to Mr. Benzies included statements such as “I’ve got your back,” and “It is always a pleasure to look out for you,” as well as “so proud to be partners with you,” “Partners for real!!” and “Together Forever!” GTA 5’s release broke seven Guinness World Records and thrilled fans around the globe. To date, GTA 5 has generated approximately $3 billion in sales.”

Comparatively, GTA 3 made $25 million, as did Vice City and GTA 4, with San Andreas sitting just ahead of them with $30 million. That’s a fair bit less than $3 billion.

You only have to look at the lack of single-player DLC and the focus of Rockstar’s YouTube channel to make an educated guess where this extra revenue came from, which could also hint at the direction the company will take in the future. Money talks, after all.